Mpumalanga Province is situated in the northeast of South Africa, sharing its north and south east borders with Mozambique and Swaziland, and its national borders with Limpopo, Gauteng, Free State and KwaZulu-Natal. Most of the provincial land is on the high plateau grasslands of the Middleveld, with mountainous regions in the north-eastern parts of the province. Mpumalanga is the second-smallest province after Gauteng, covering an area of 76,495 square kilometers (6.3% of of South Africa’s land area). The province has a population of 4,229,300 people making up 7.8% of South Africa’s total population. Mpumalanga comprises of 21 municipalities: three districts (Ehlanzeni, Nkangala and Gert Sibande) further divided into 18 local municipalities. It’s capital city is Mbombela, previously known as Nelspruit, located in the Mbombela Local Municipality and is the administrative and business hub of the Lowveld (MCCVA, 2015; MPSoER, 2008; Odunyi et al., 2013). Mpumalanga is rich in coal reserves and therefore has substantial coal mining activity and an active mining sector. It produces close to 90% of South Africa’s coal and is home to three of the biggest coal power stations in Southern Africa. Other important mineral resources mined in the area include chrome, steel, vanadium, asbestos, magnesite, iron ore, vanadium, limestone, dolomite, silica and construction materials some of which are an important source of exports for South Africa (PGDS, 2004). In addition to mining, other major sectors in the province include forestry and agriculture. The province has a large fruit and vegetable market which accounts for a significant percentage contribution towards the province’s economy (PGDS, 2004). 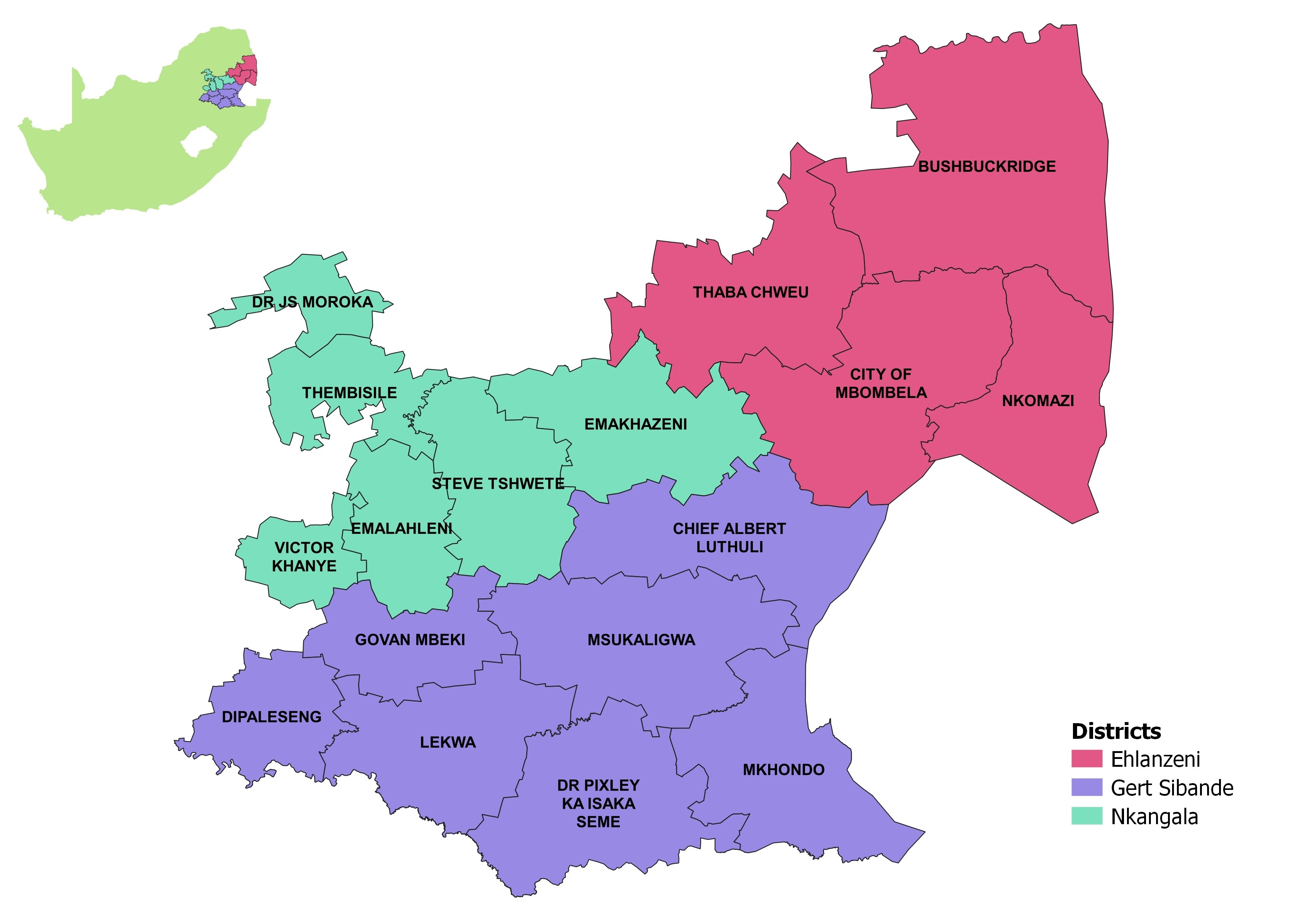 Figure: Mpumalanga province and its municipalities 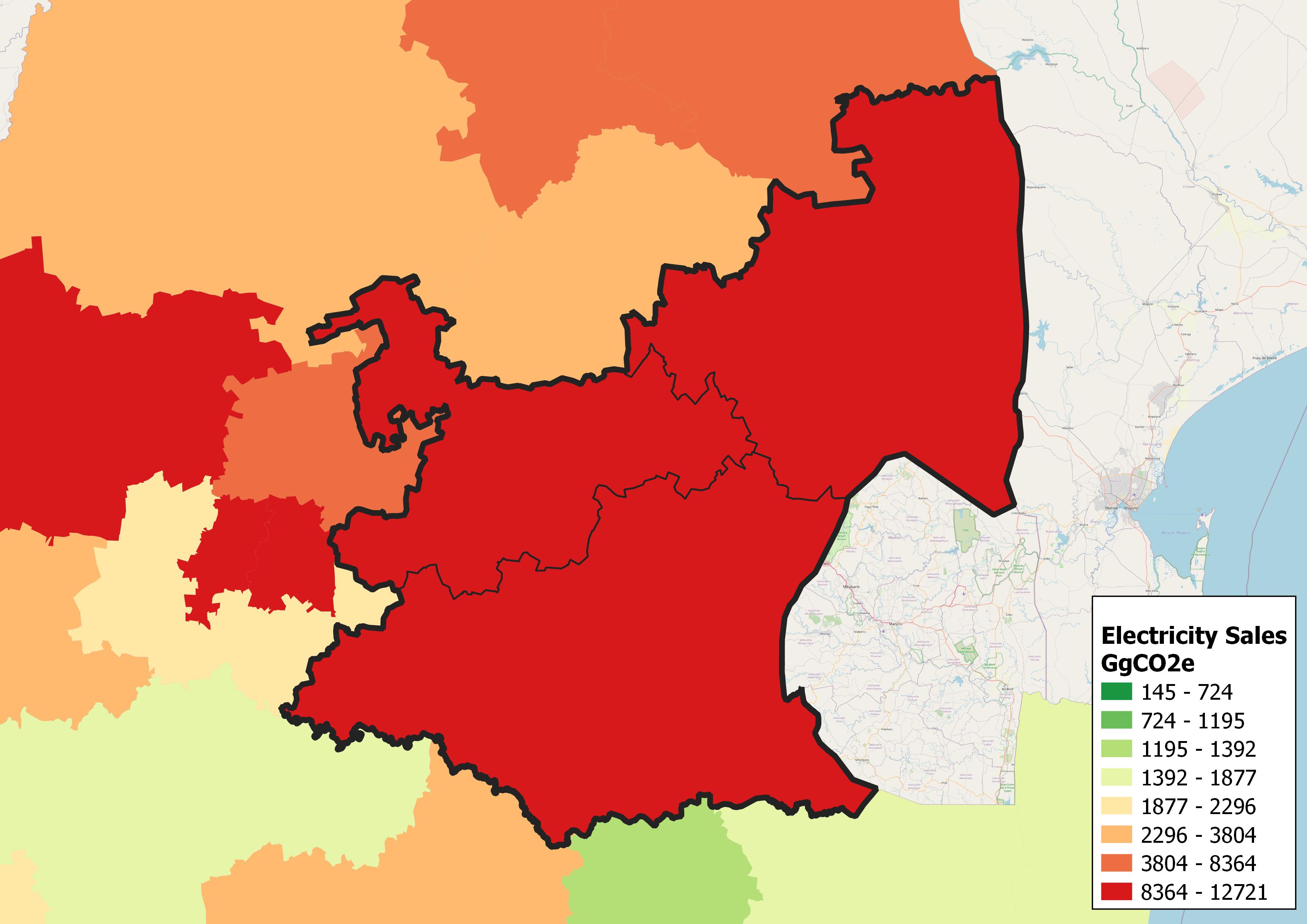 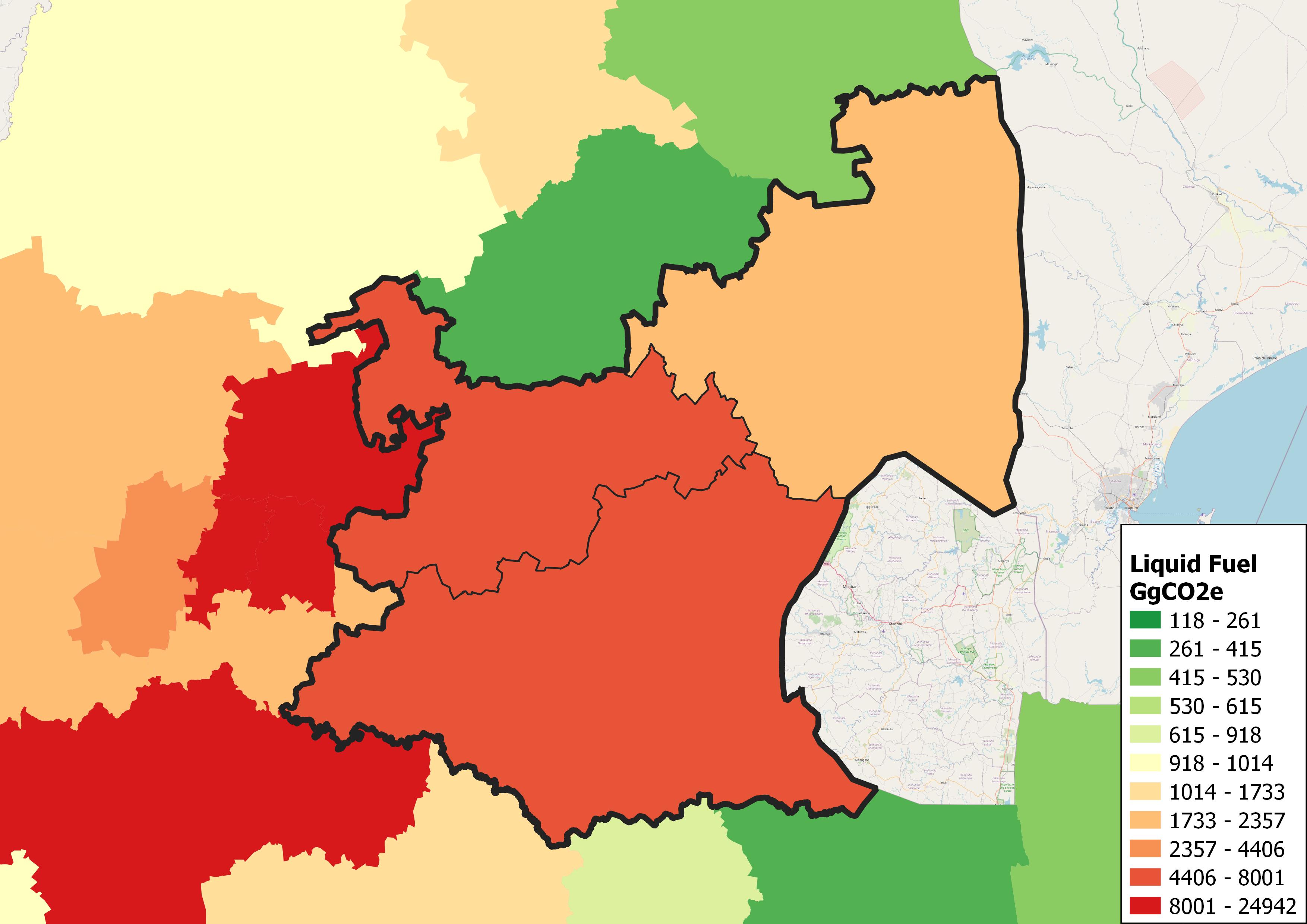 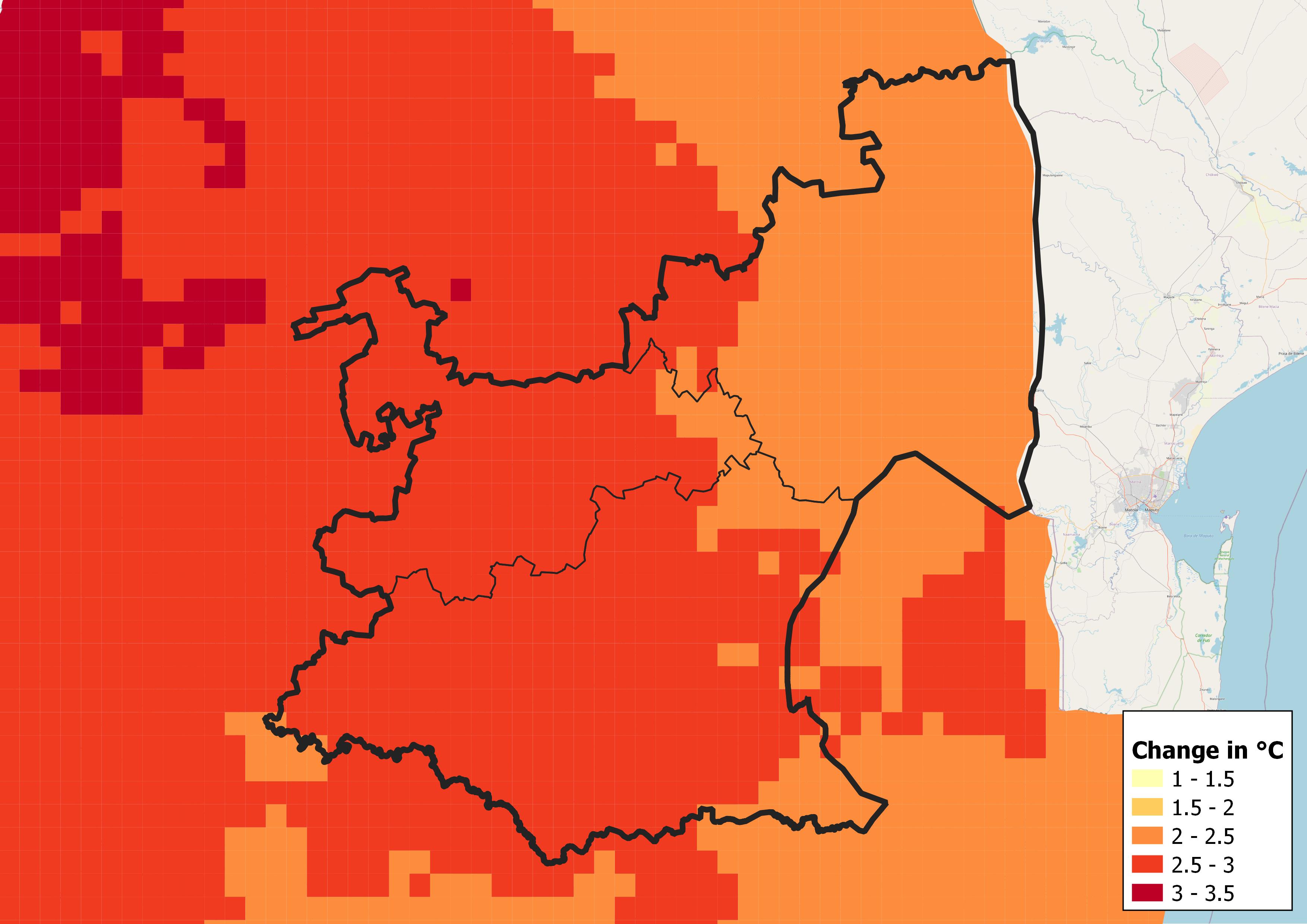 Figure: Projected changes in annual average temperatures throughout Mpumalanga over the period 2021-2050 under the RCP 8.5 scenario (CSIR 2019) 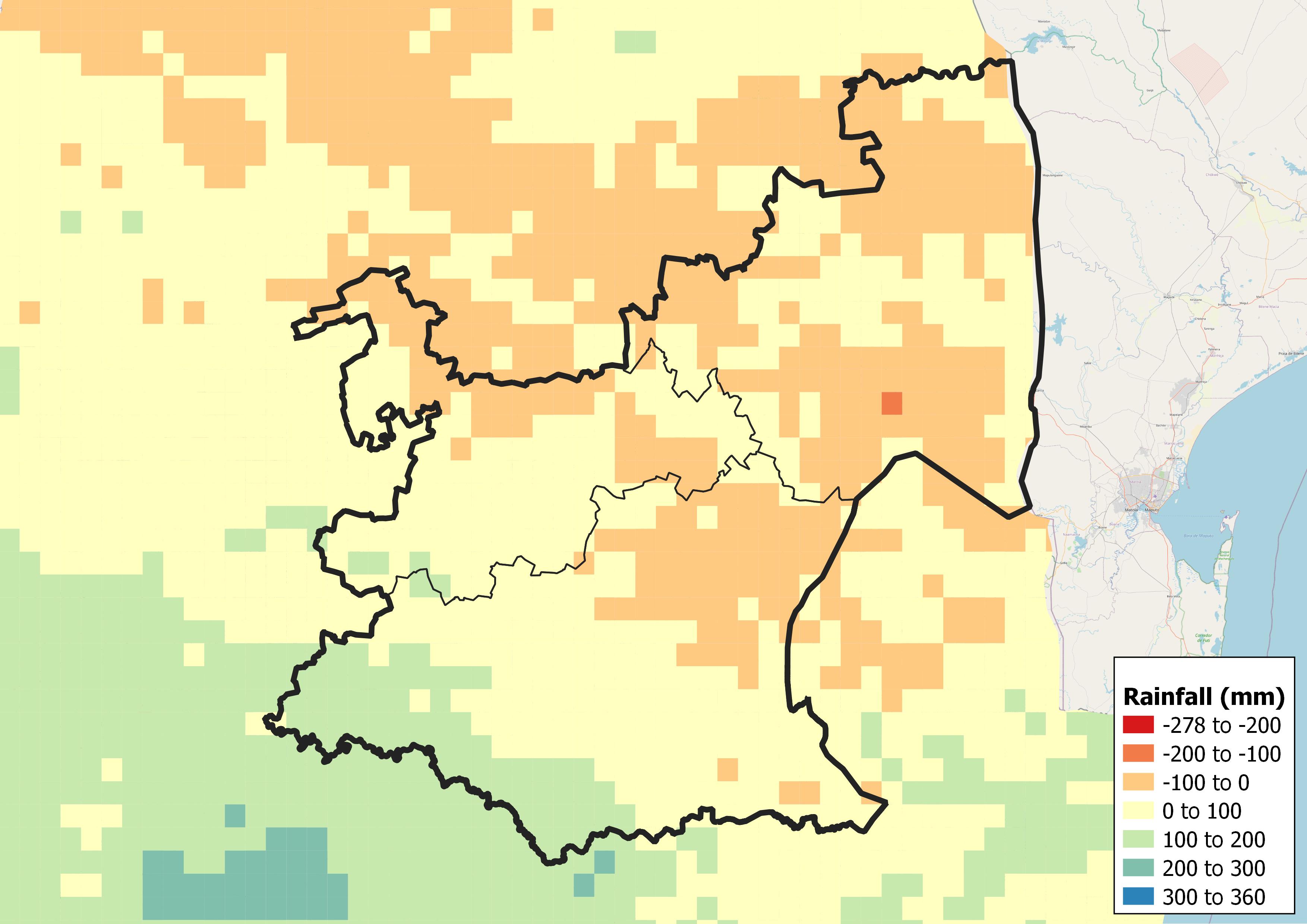 Figure: Projected changes in annual average rainfall throughout Mpumalanga over the period 2021-2050 under the RCP 8.5 scenario (CSIR 2019) 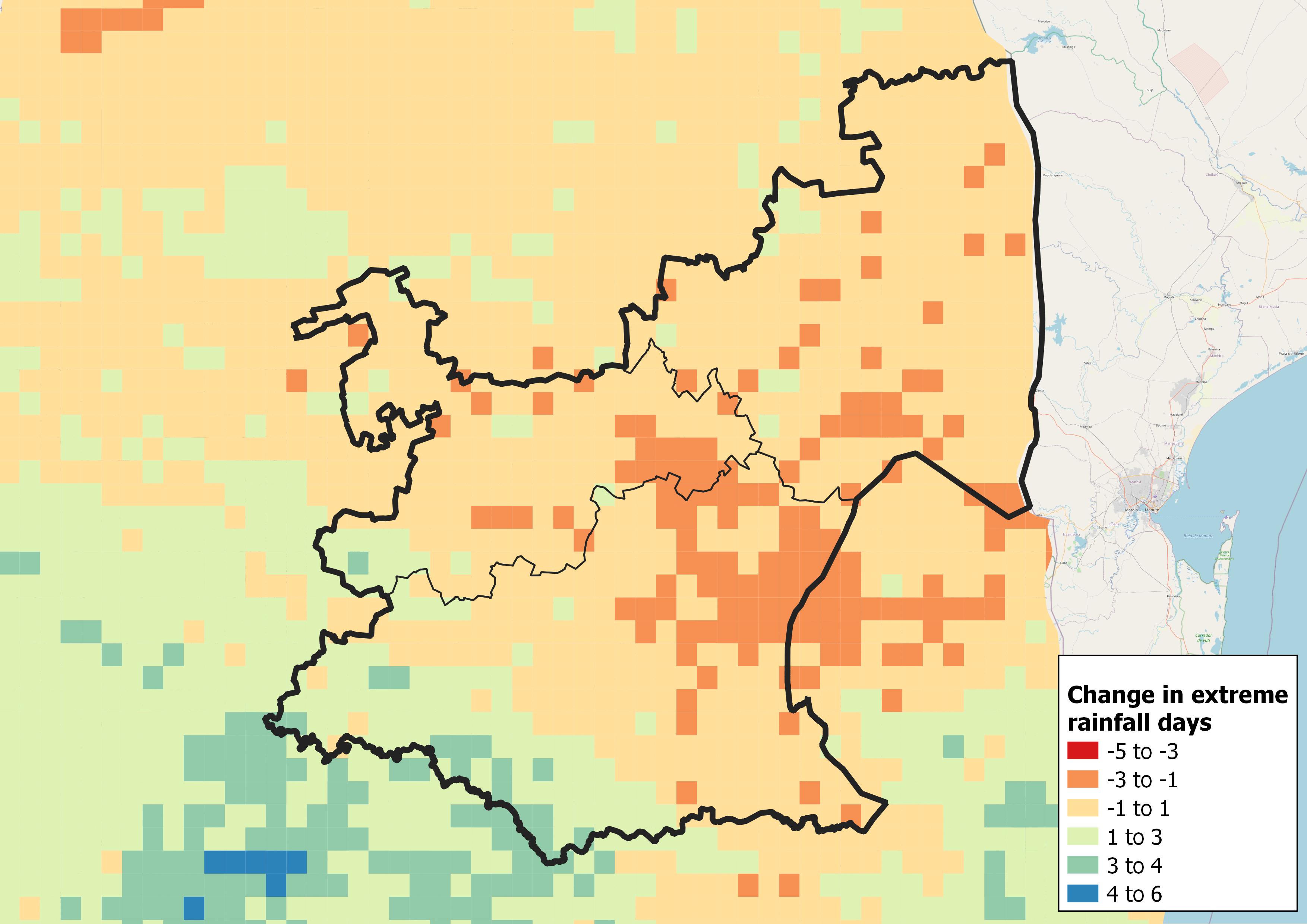 Figure: Projected changes in the annual average number of extreme rainfall days throughout Mpumalanga over the period 2021-2050 under the RCP 8.5 scenario (CSIR 2019) 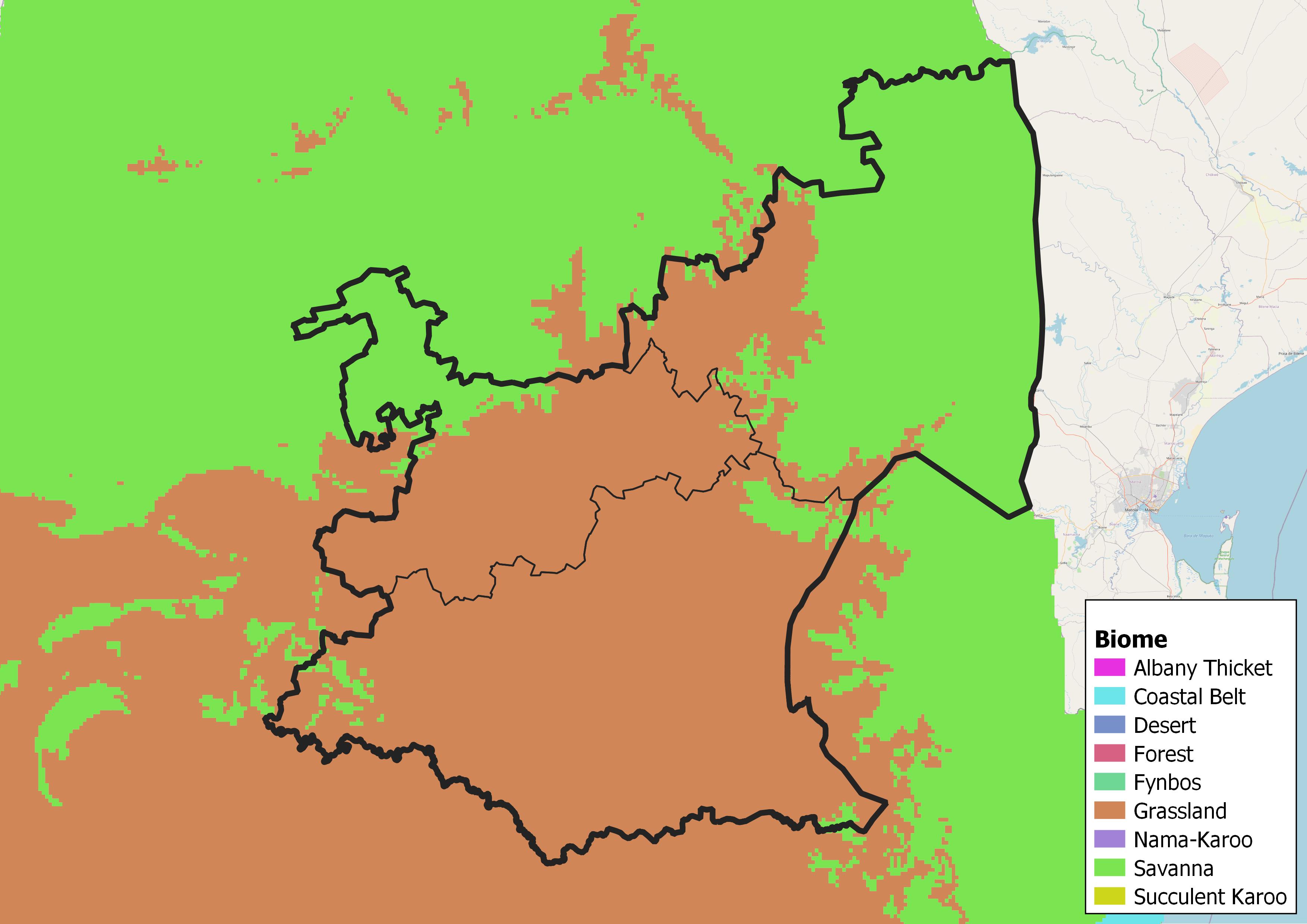 Figure: The current delineation of biomes in Mpumalanga (SANParks 2011a) 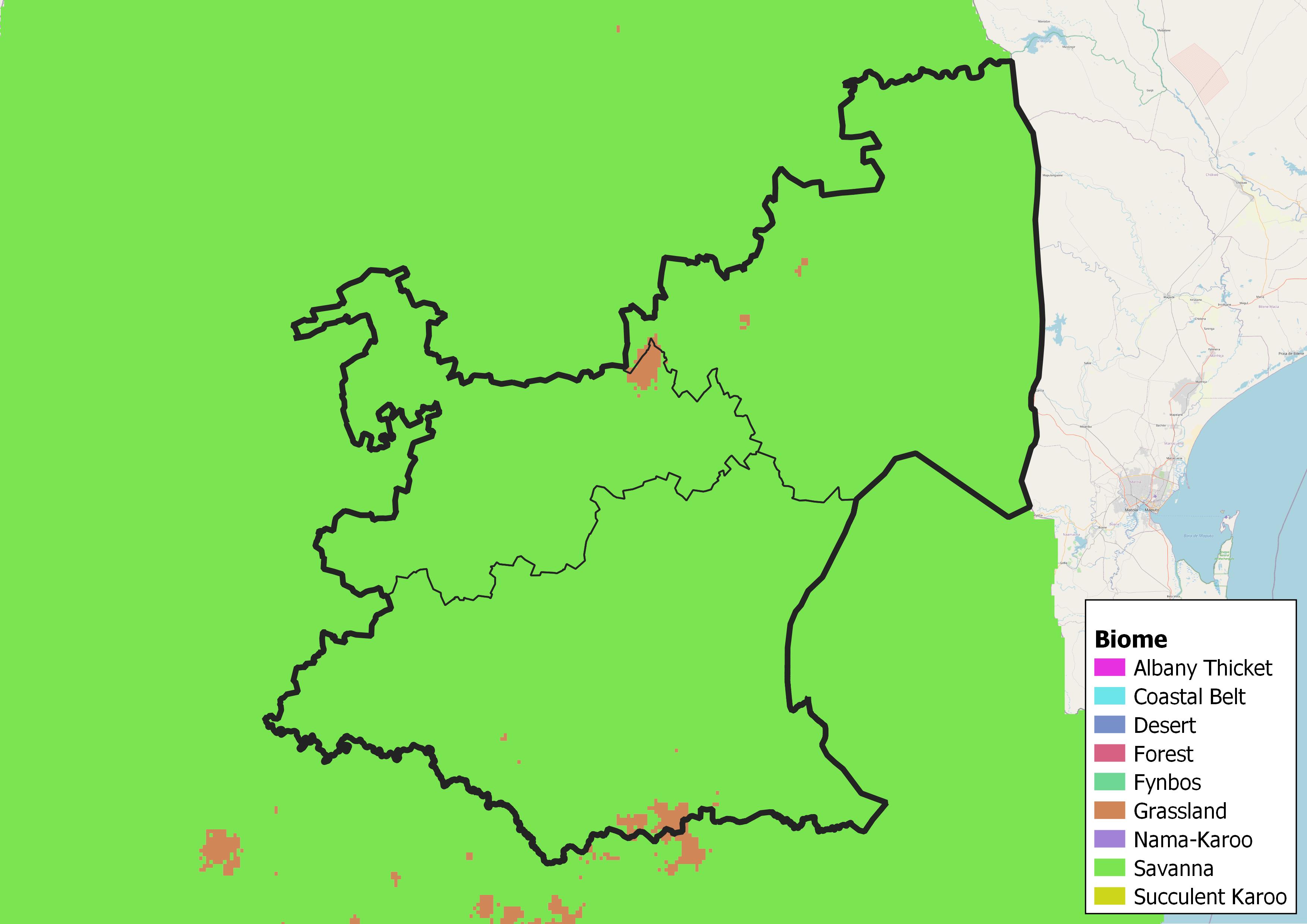 Figure: The predicted shift in biomes in Mpumalanga using a high-risk scenario (SANParks 2011b) 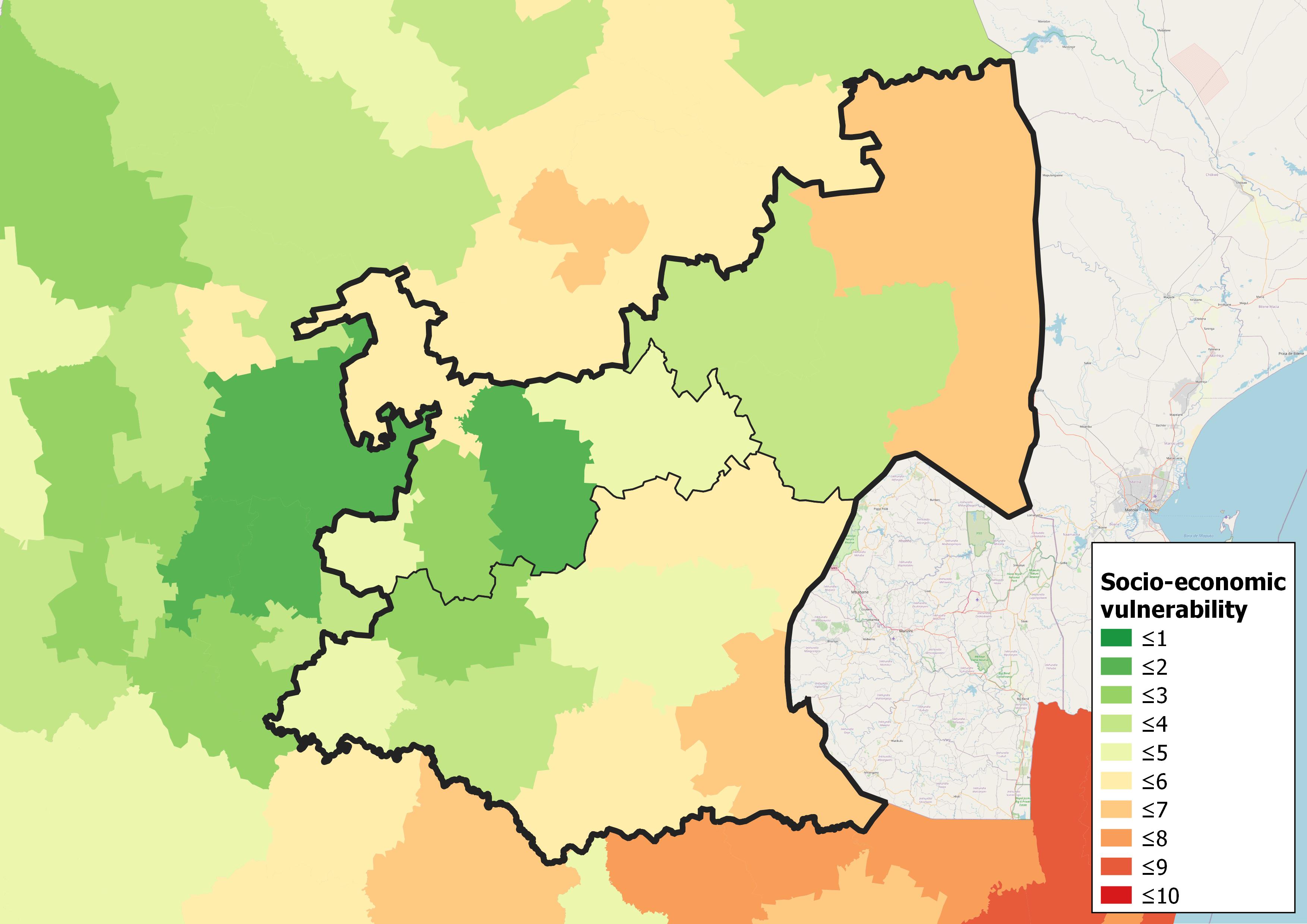 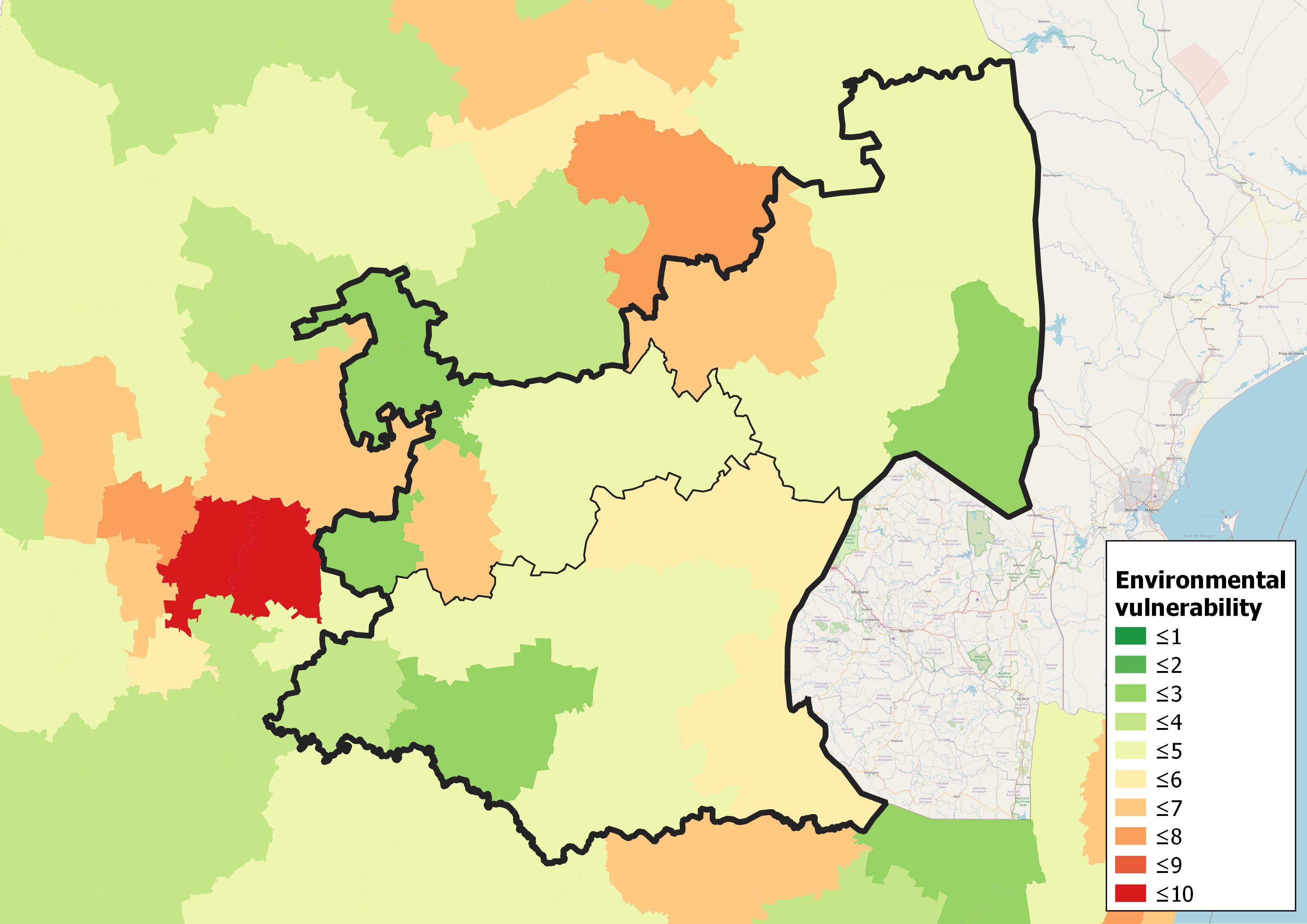 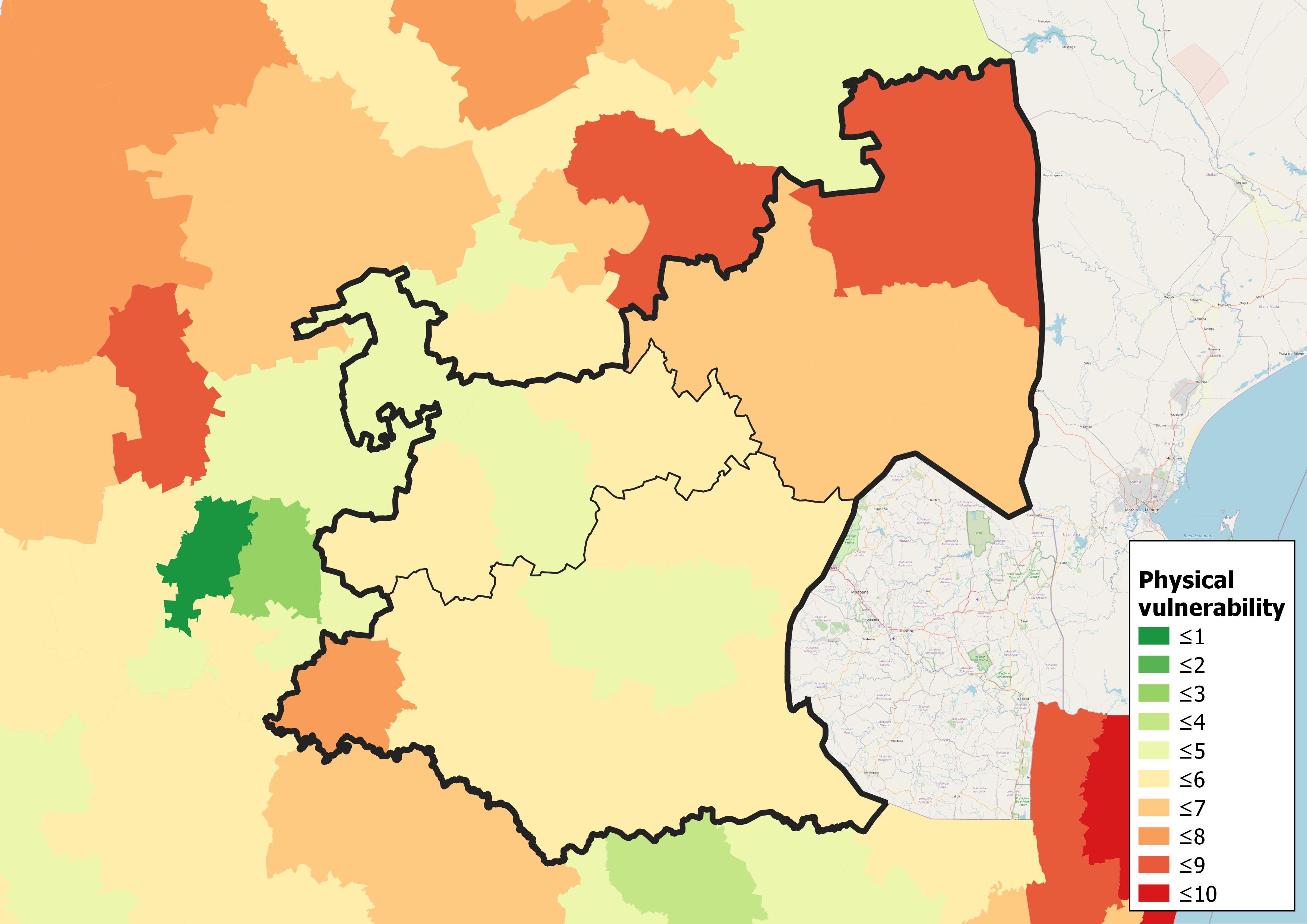 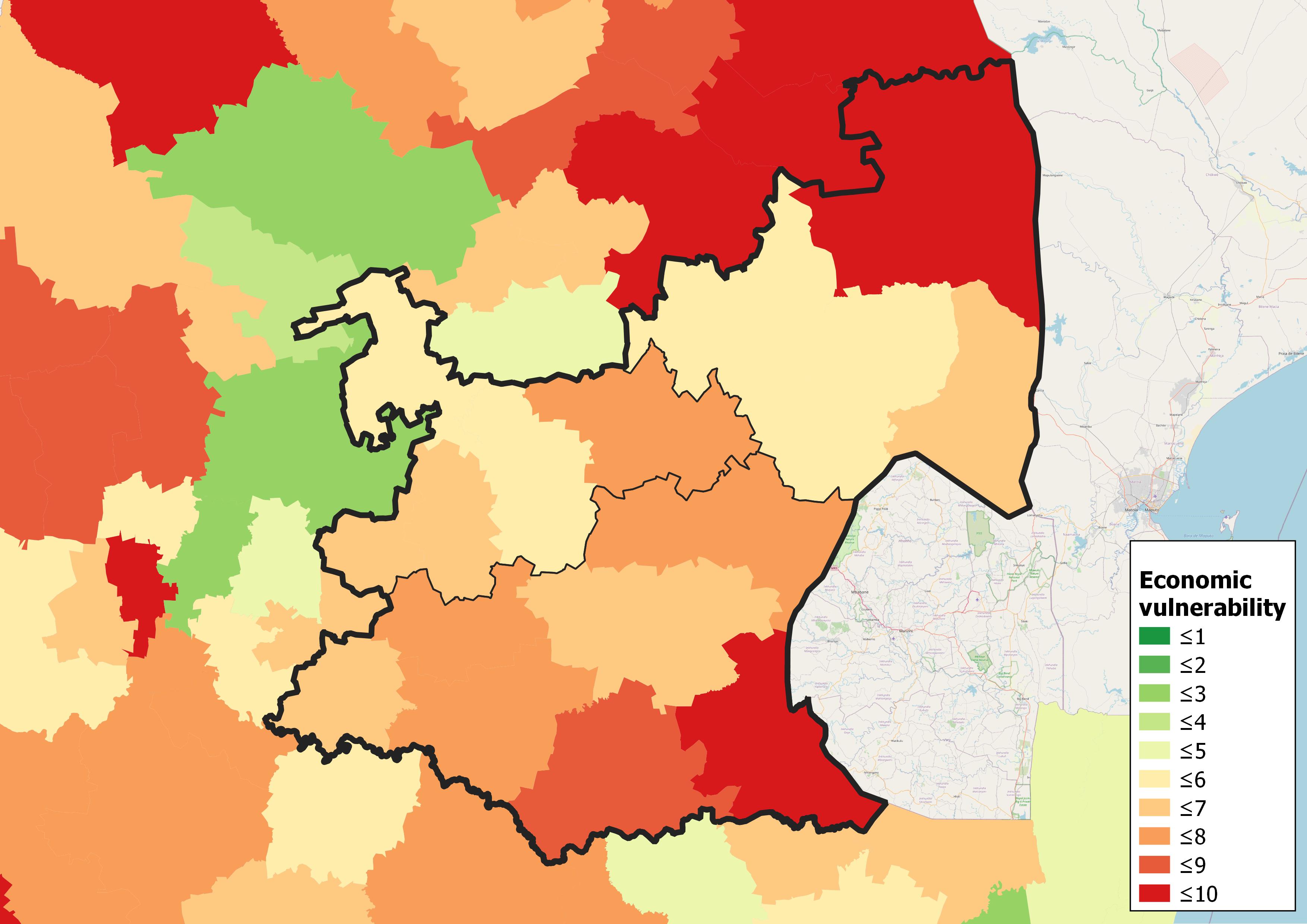