The Western Cape lies on the southernmost tip of South Africa and is bordered by the Northern Cape and Eastern Cape provinces. It represents 11% (129,462 square kilometres) of the country’s total land area, and is the fourth largest province, after the Northern Cape, Eastern Cape and the Free State Provinces (Statistics South Africa 2016). The Western Cape is rich in biodiversity and is home to the globally recognised Cape Floristic Region biodiversity hotspot (Western Cape Department of Environmental Affairs and Development Planning 2013).

The Western Cape is divided into one Metropolitan Municipality: The City of Cape Town and five district municipalities: Central Karoo, Eden, Overberg, Cape Winelands and West Coast (Figure 2). With a population of 6,279,730, the Western Cape represents 11.2% of the national population (StatsSA, 2015). The 2.5% population growth rate in the province is attributed to the positive economic growth rate and the resulting migration from other provinces and countries (Western Cape Department of Environmental Affairs and Development Planning 2013). This positive growth does however place further pressure on the environment. 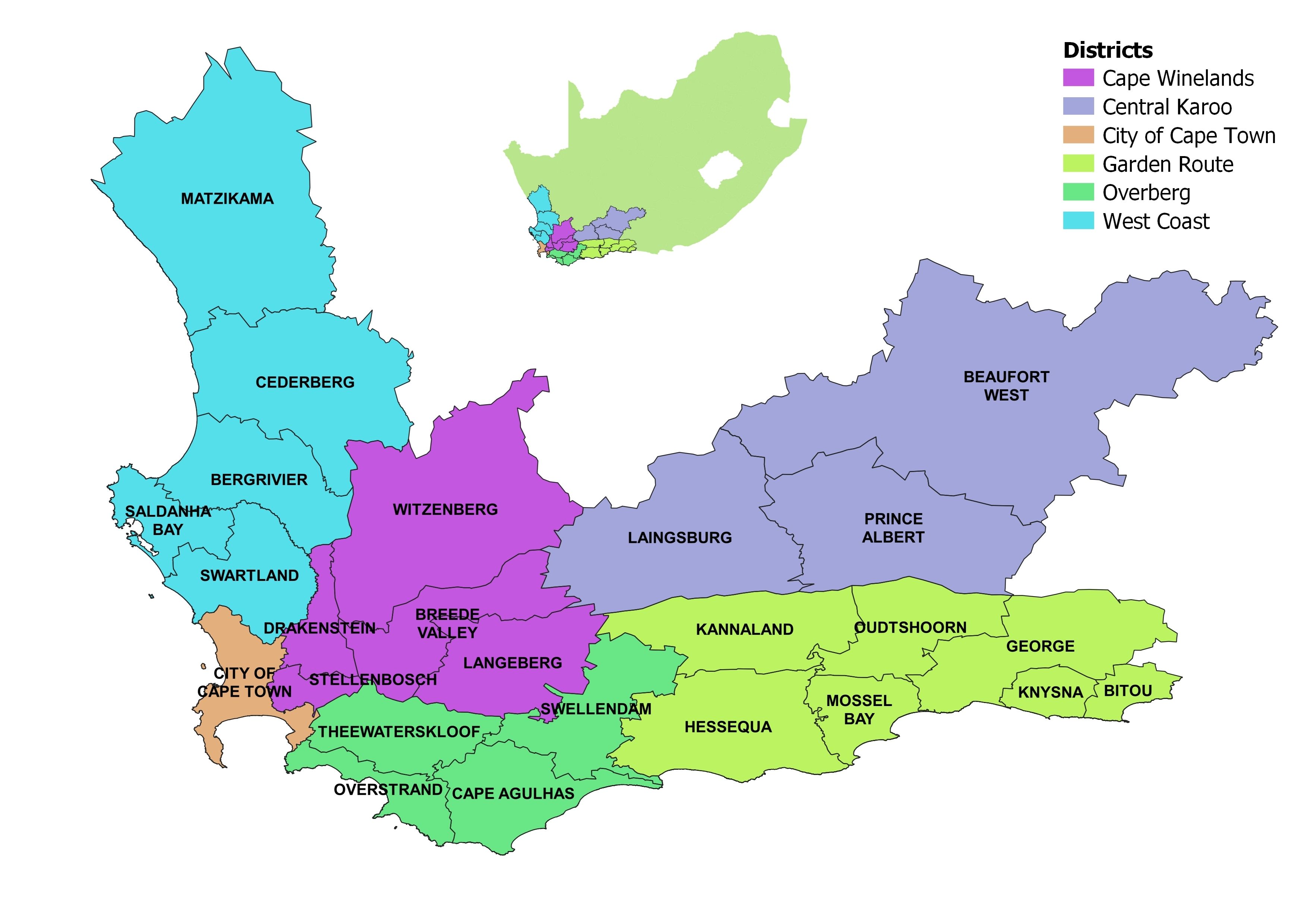 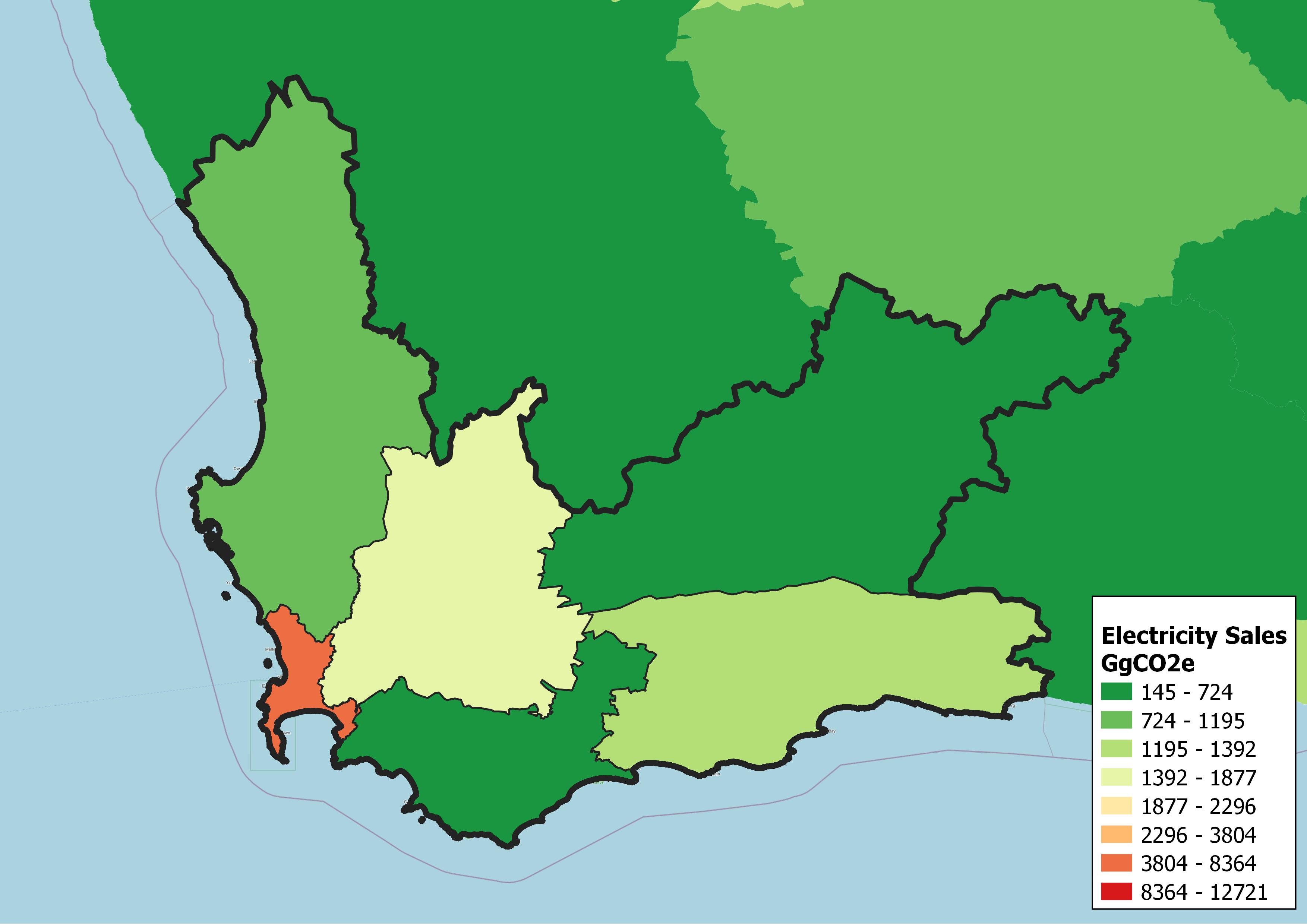 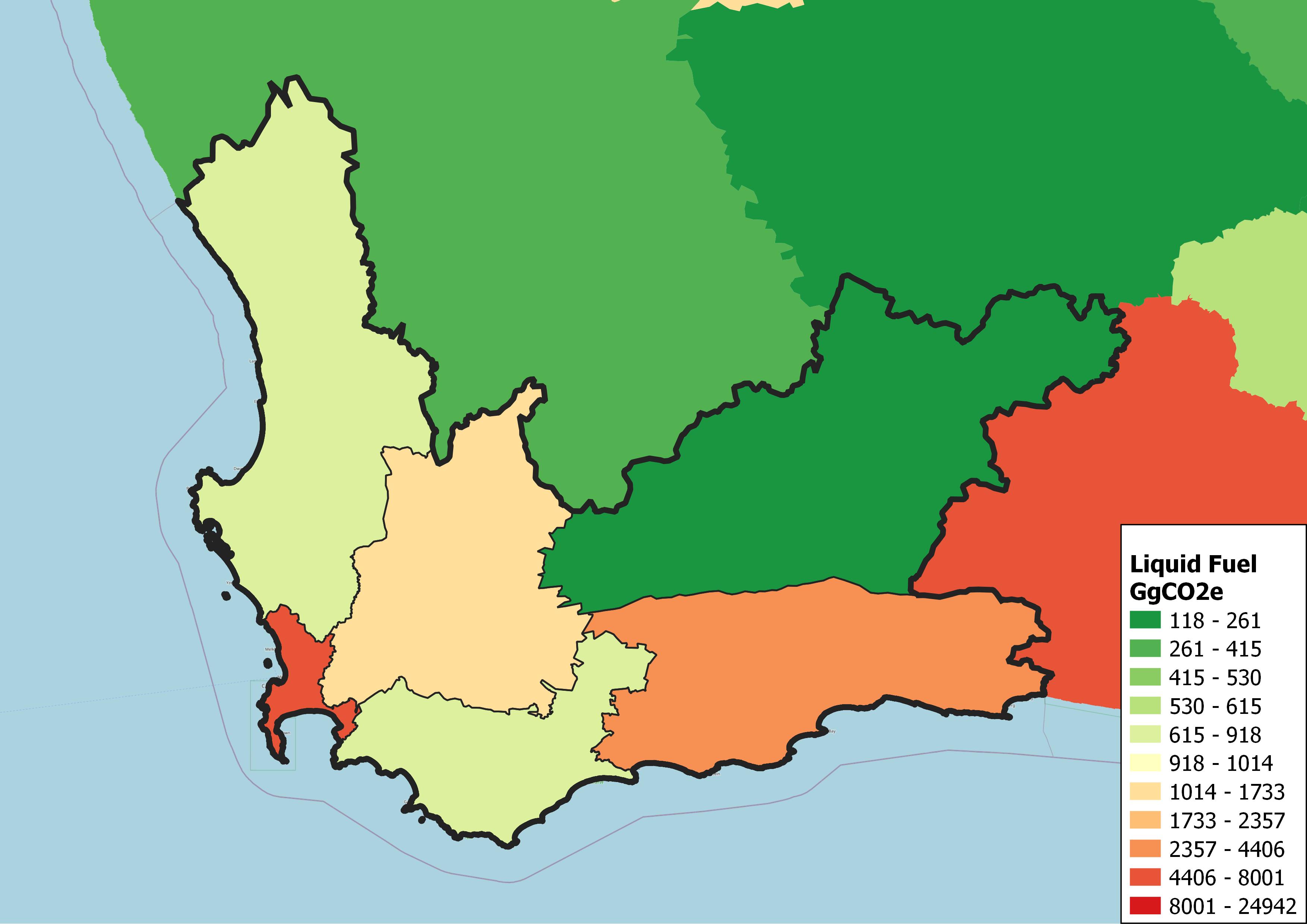 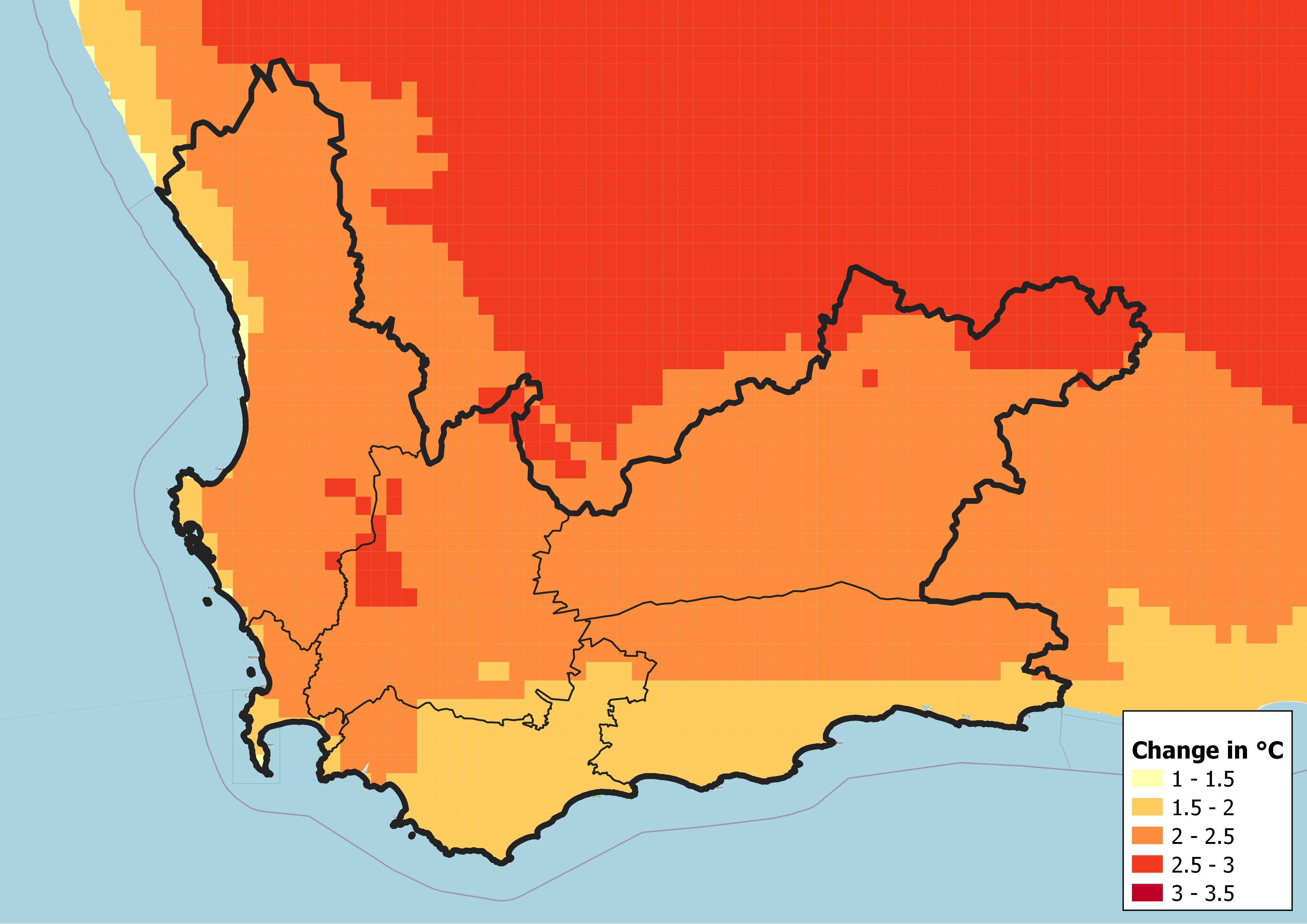 Figure: Projected changes in annual average temperatures throughout Western Cape over the period 2021-2050 under the RCP 8.5 scenario (CSIR 2019) 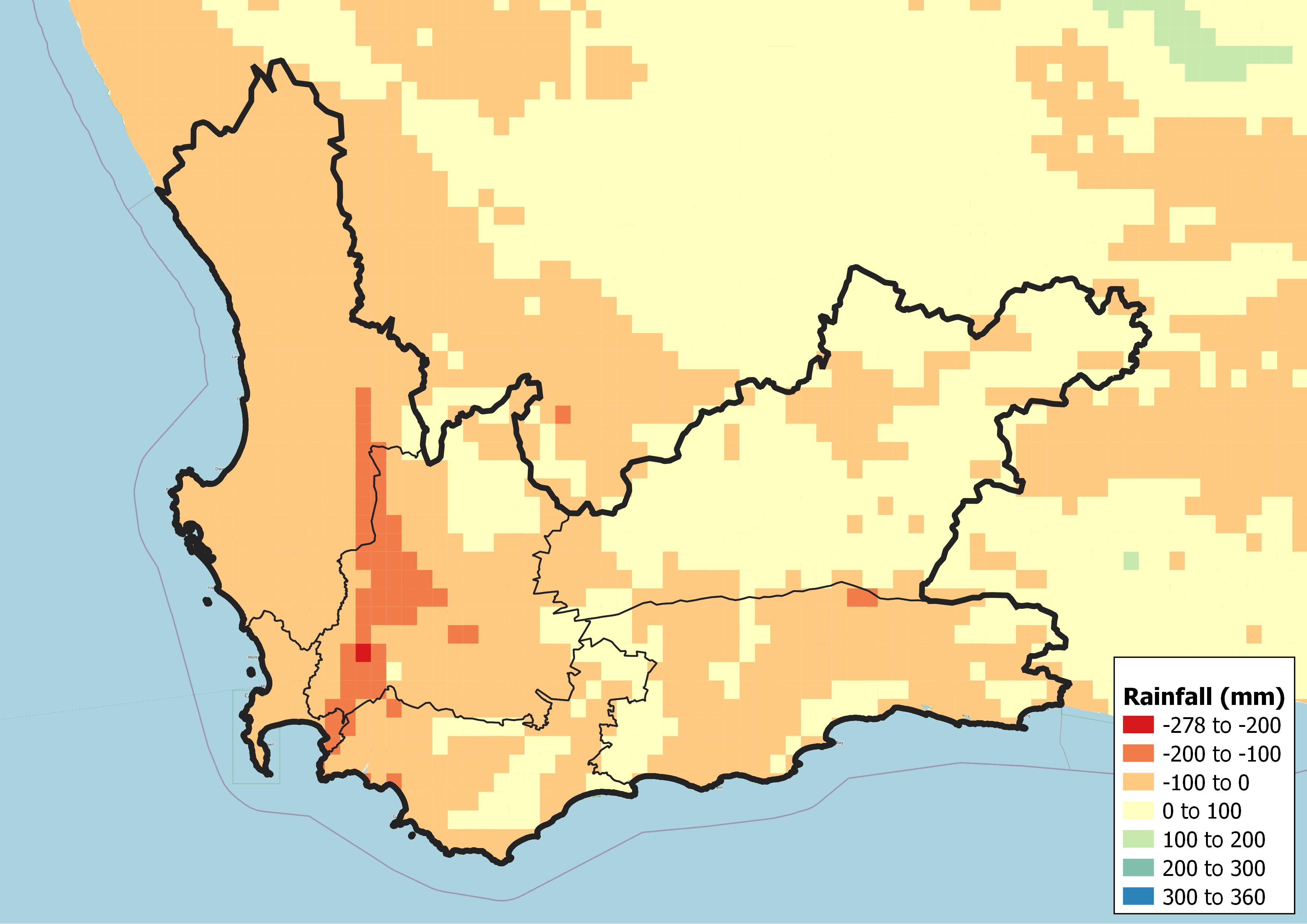 Figure: Projected changes in annual average rainfall throughout Western Cape over the period 2021-2050 under the RCP 8.5 scenario (CSIR 2019) 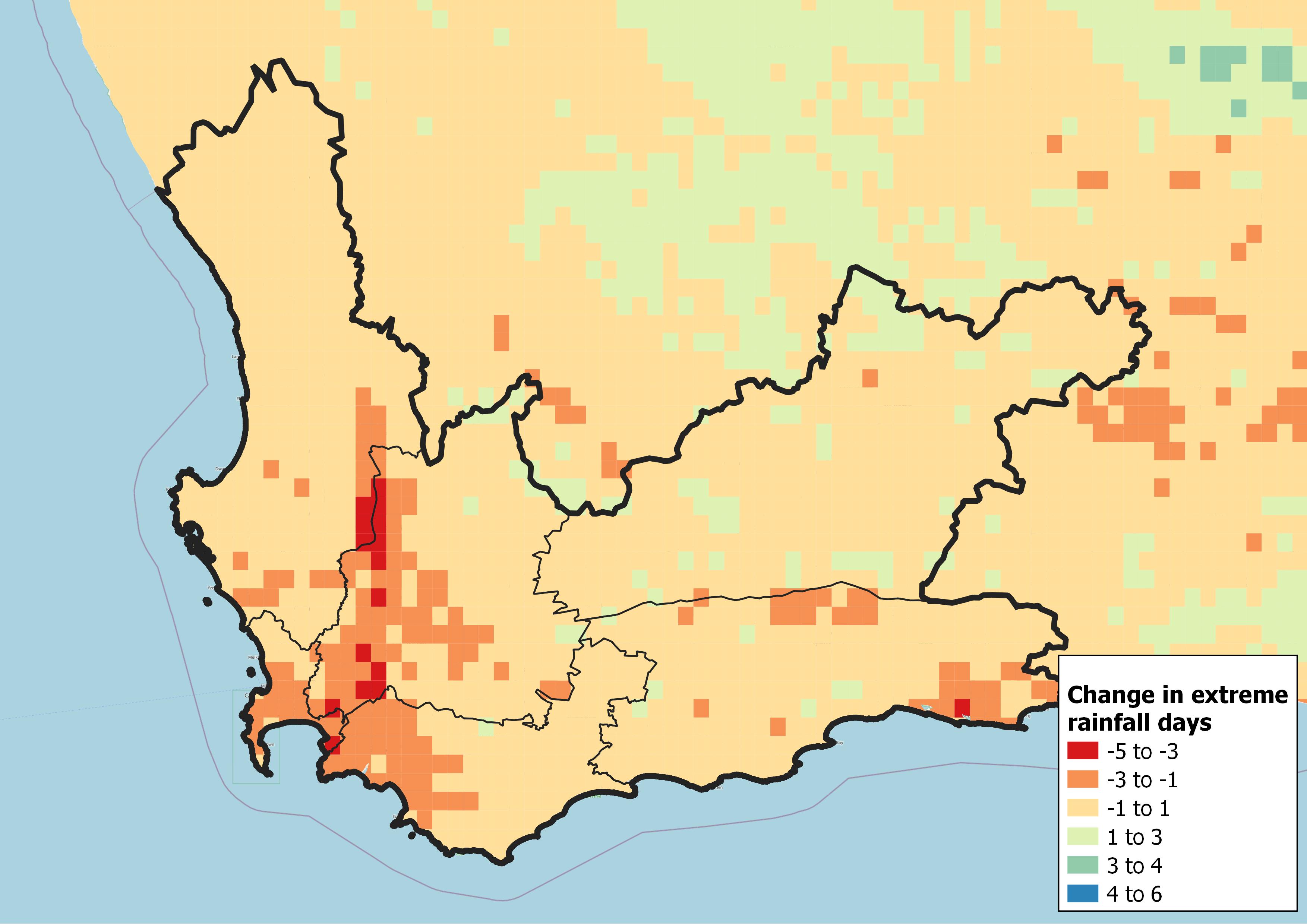 Figure: Projected changes in the annual average number of extreme rainfall days throughout Western Cape over the period 2021-2050 under the RCP 8.5 scenario (CSIR 2019) 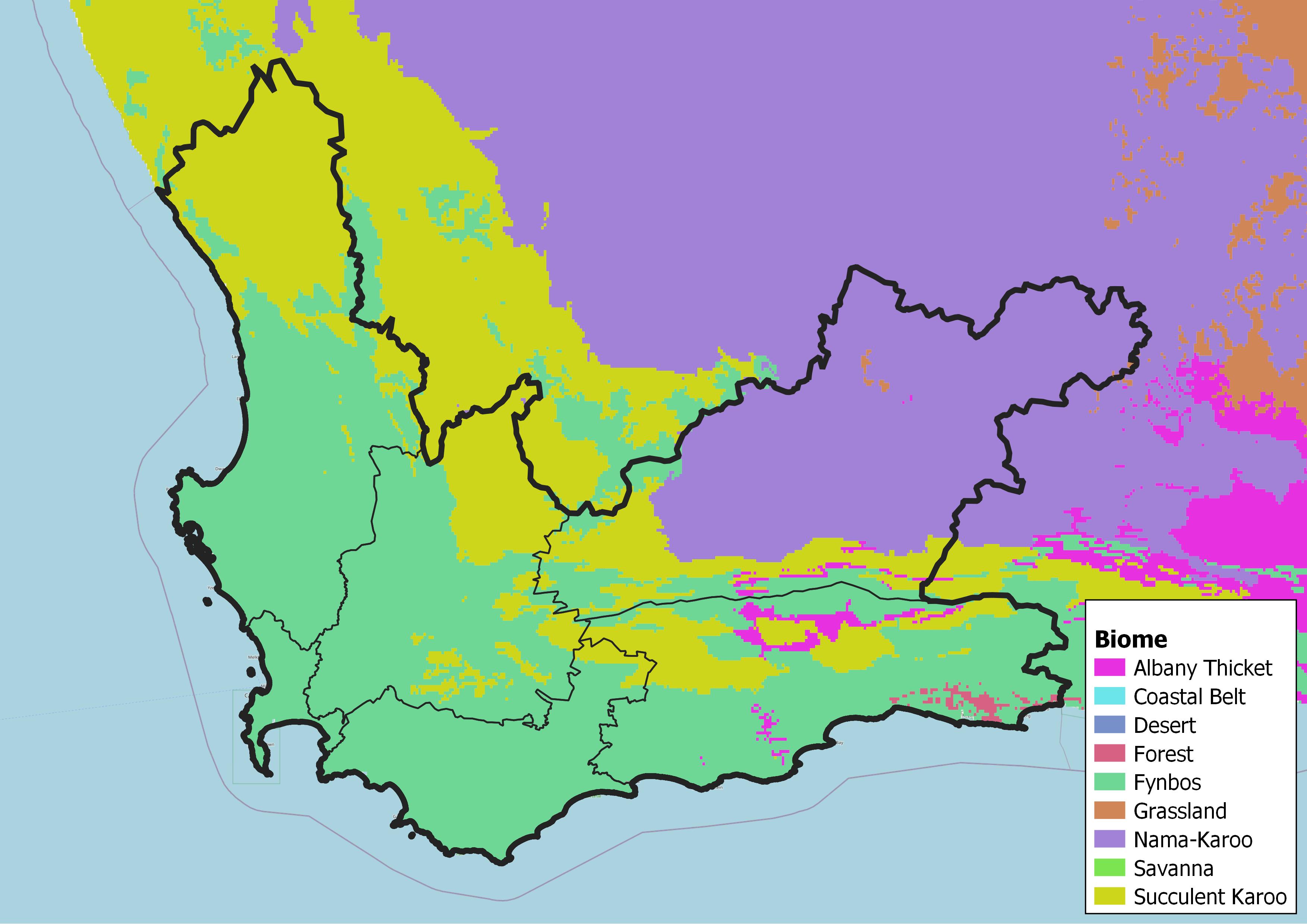 Figure: The current delineation of biomes in Western Cape (SANParks 2011a) 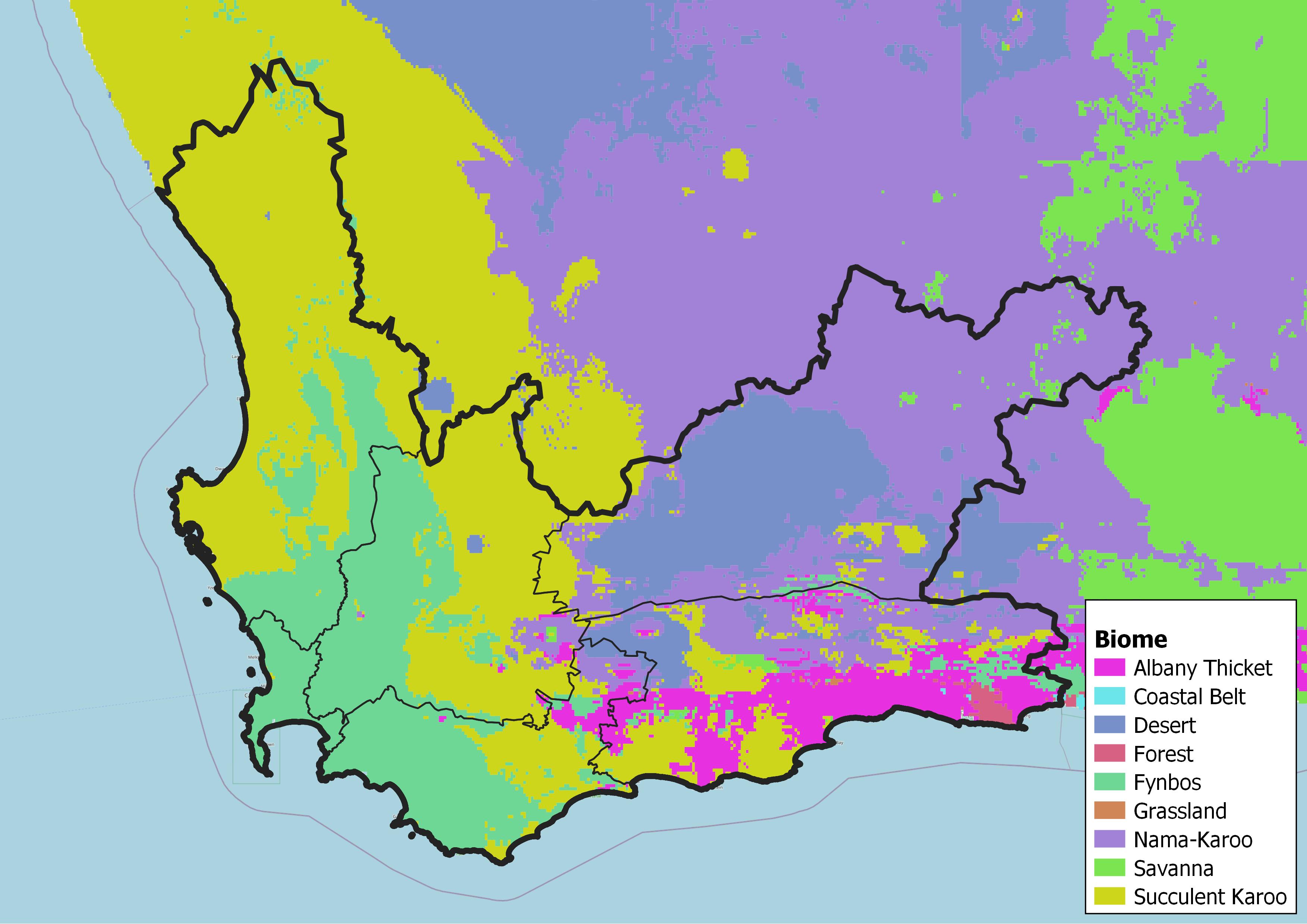 Figure: The predicted shift in biomes in Western Cape using a high-risk scenario (SANParks 2011b) 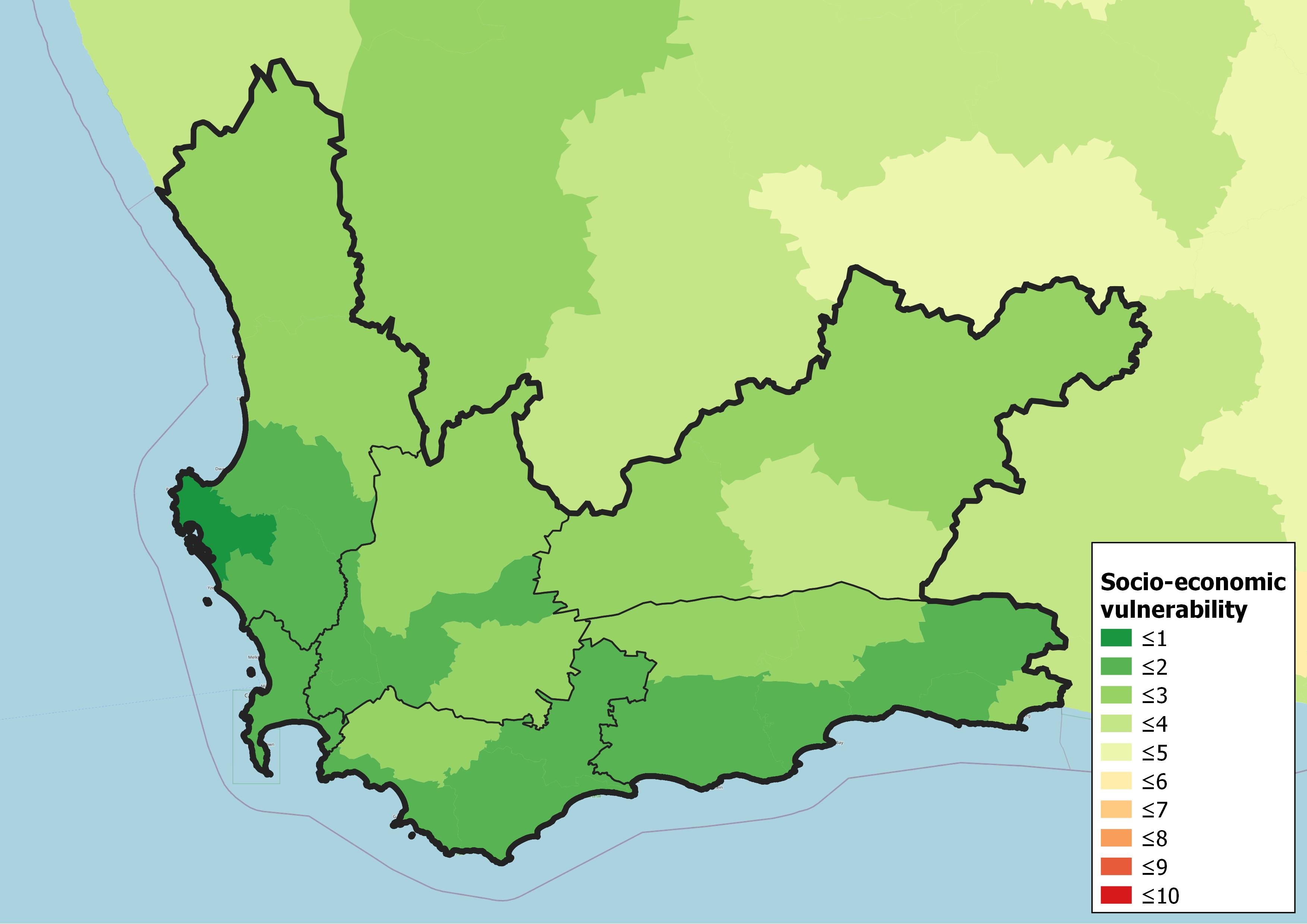 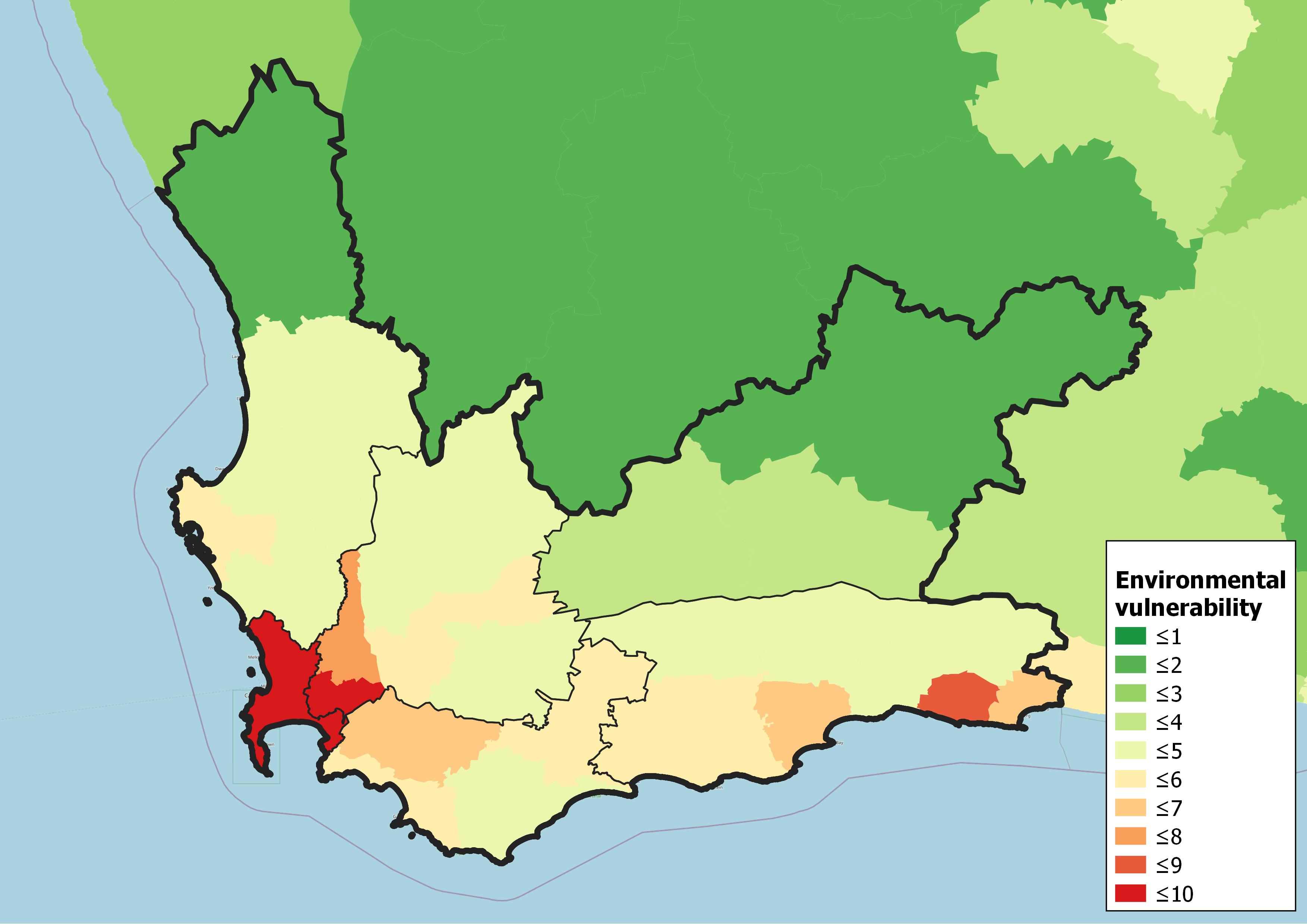 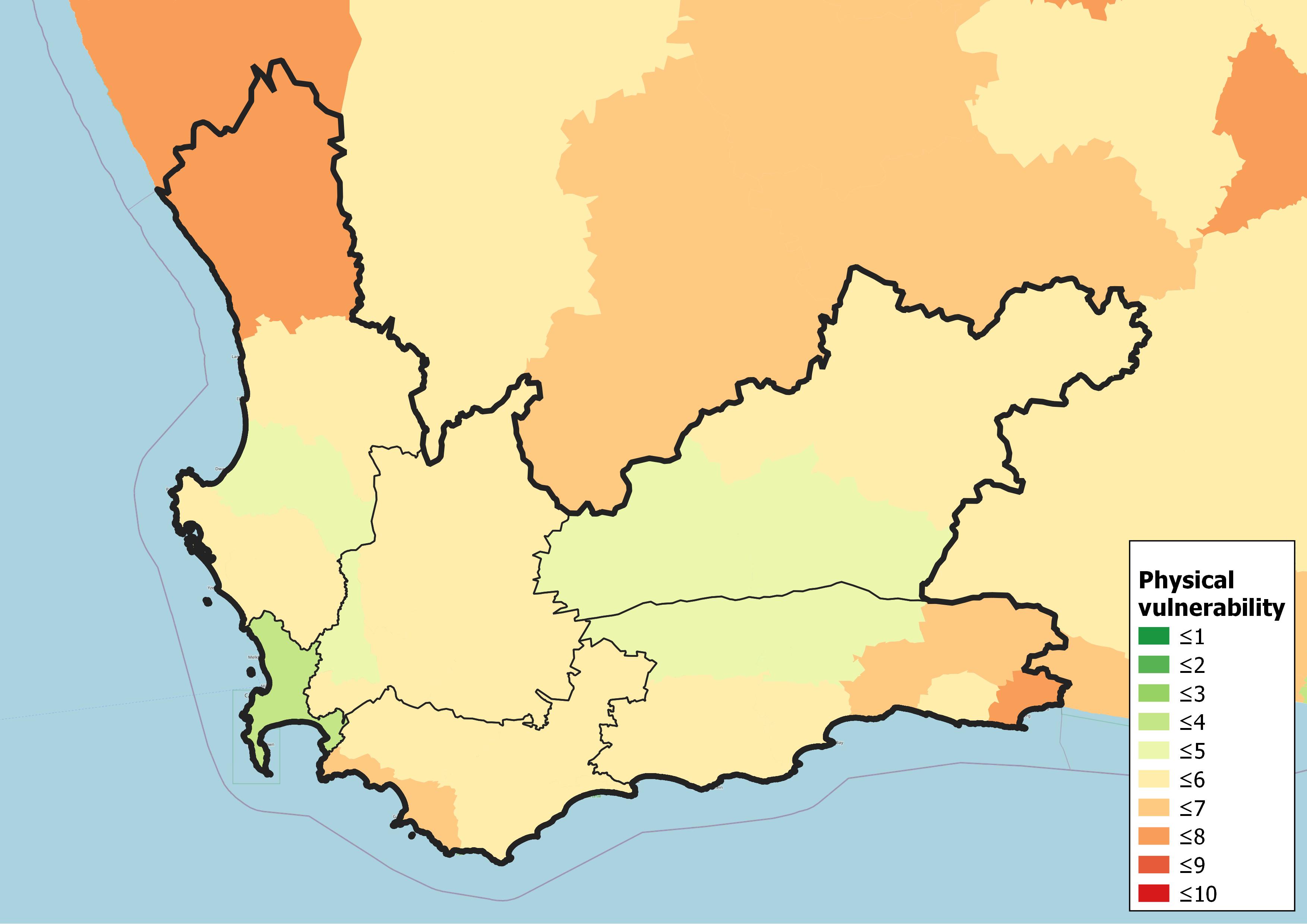 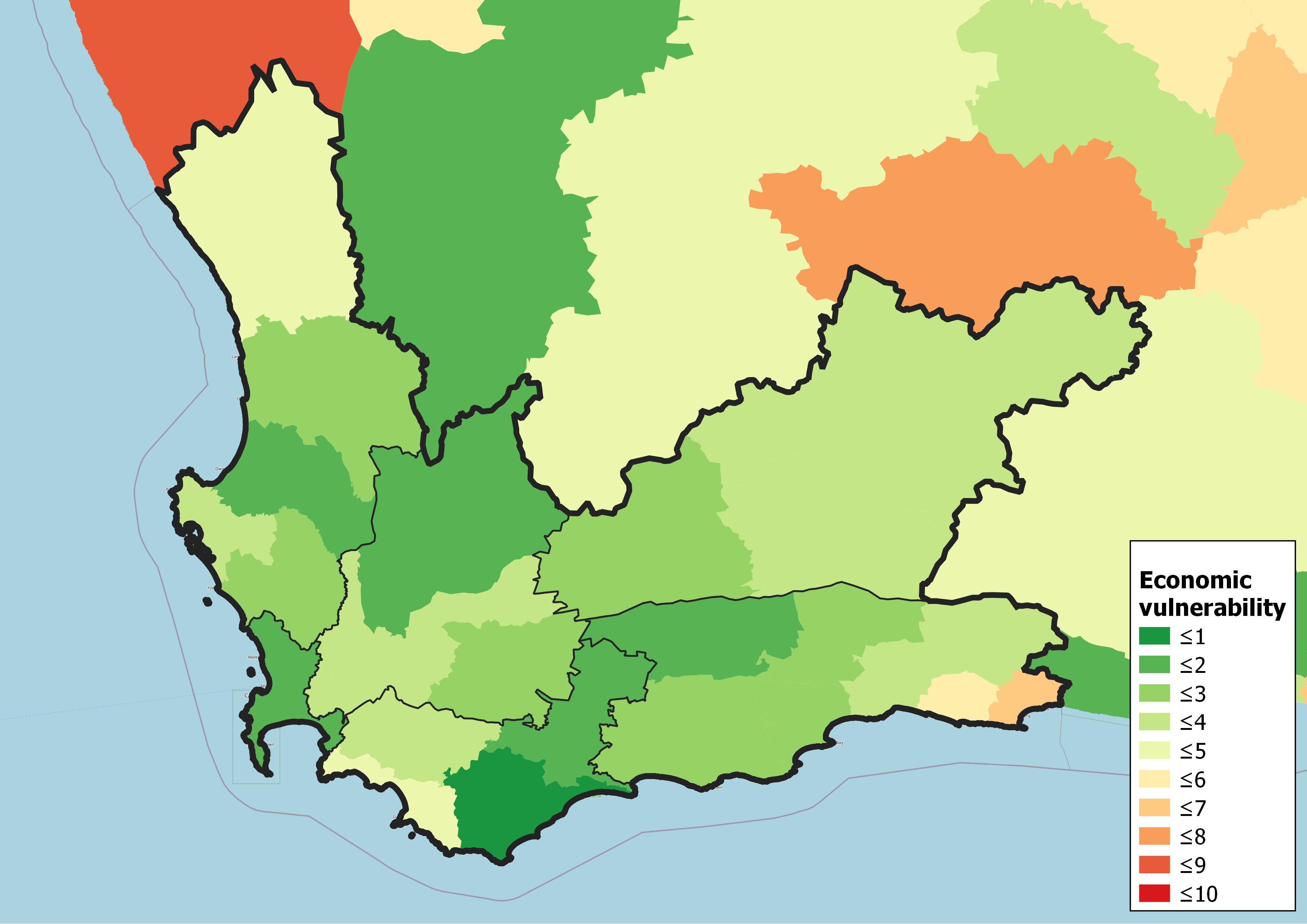