The Northern Cape is situated on the west coast of South Africa. The capital city of the province is Kimberly. It is neighboured by Namibia and Botswana in the north, Western Cape and Eastern Cape to the south and Free State and North West in the east. The Northern Cape is the biggest South African province, covering close to a third of the country’s surface area. Despite its large size the Northern Cape has the smallest population of all the provinces with 1.146 million people (Census, 2011). This is a result of the largely arid climate of the province. The majority of the human population is located in the northern and north-eastern regions of the province, close to mining and agricultural activities which are the two main economic activities in the Northern Cape (SoE, 2014). The agriculture and mining sectors provide the highest financial inputs to the province, while the highest employment is offered by the agriculture, forestry and fishing; community and social services; wholesale and retail trade; and mining and quarrying sectors. The province has five districts (shown in Figure 1): Namakwa, ZF Mgcawu, John Taolo Gaetsewe, Frances Baard and Pixley ka Seme. 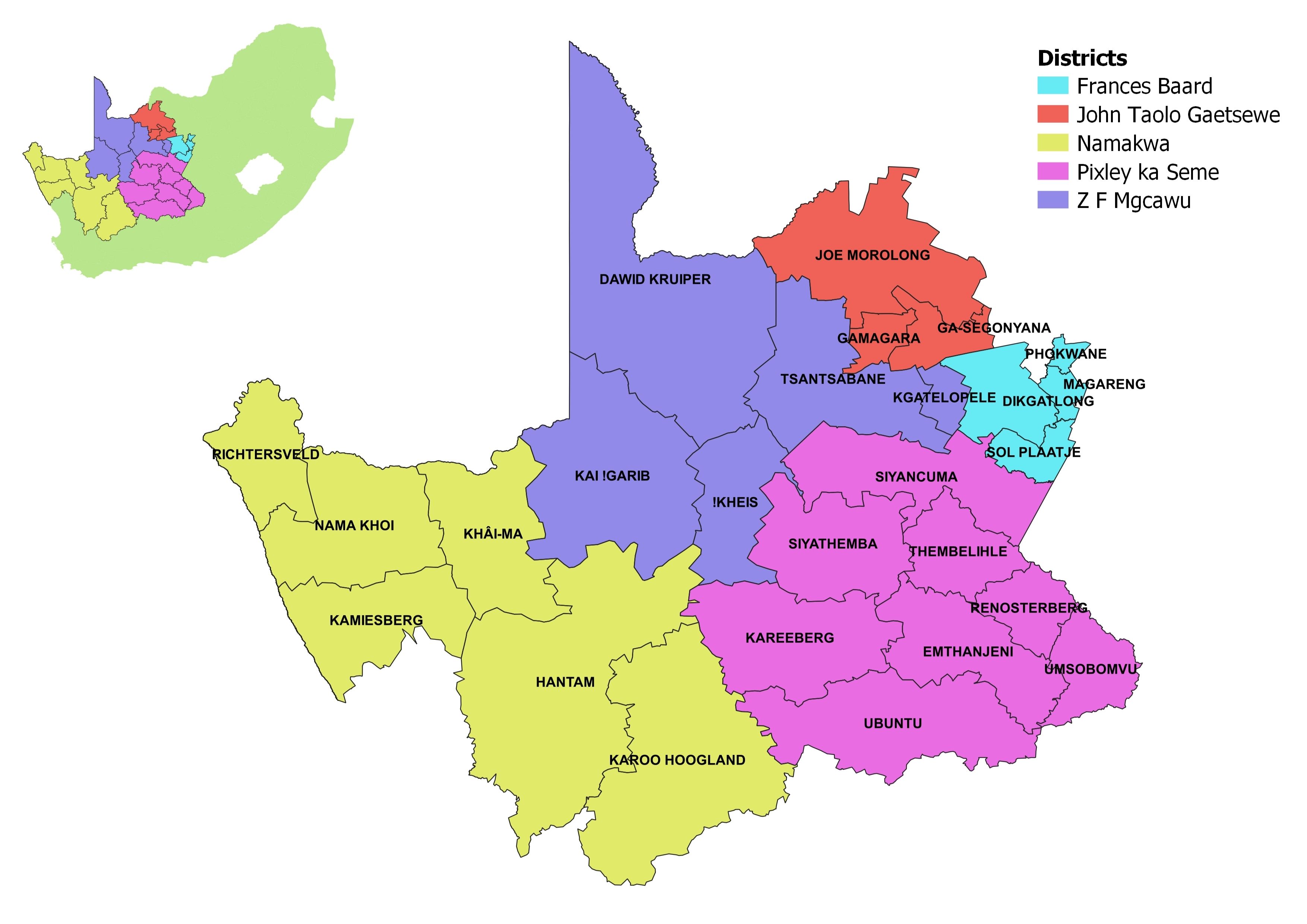 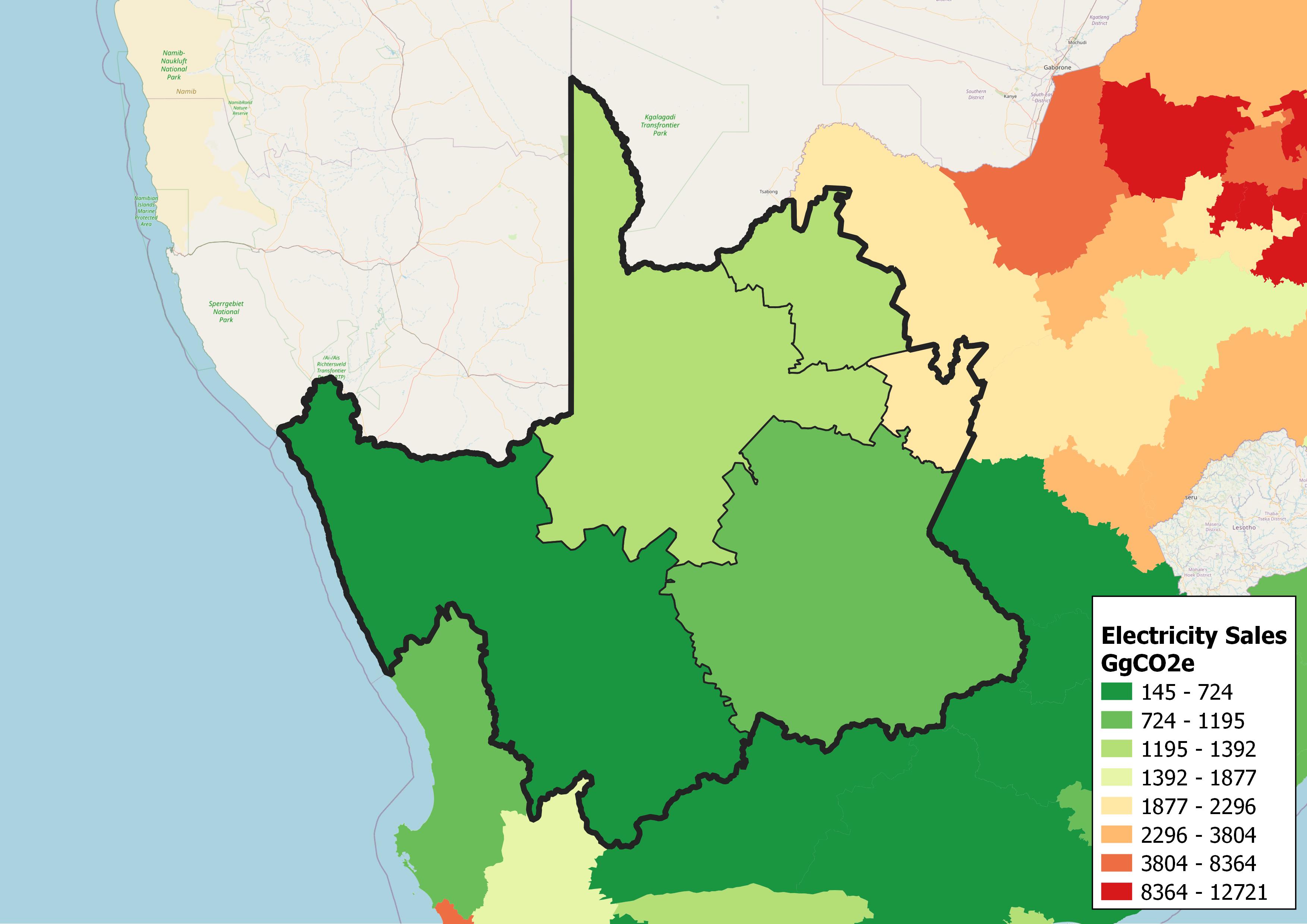 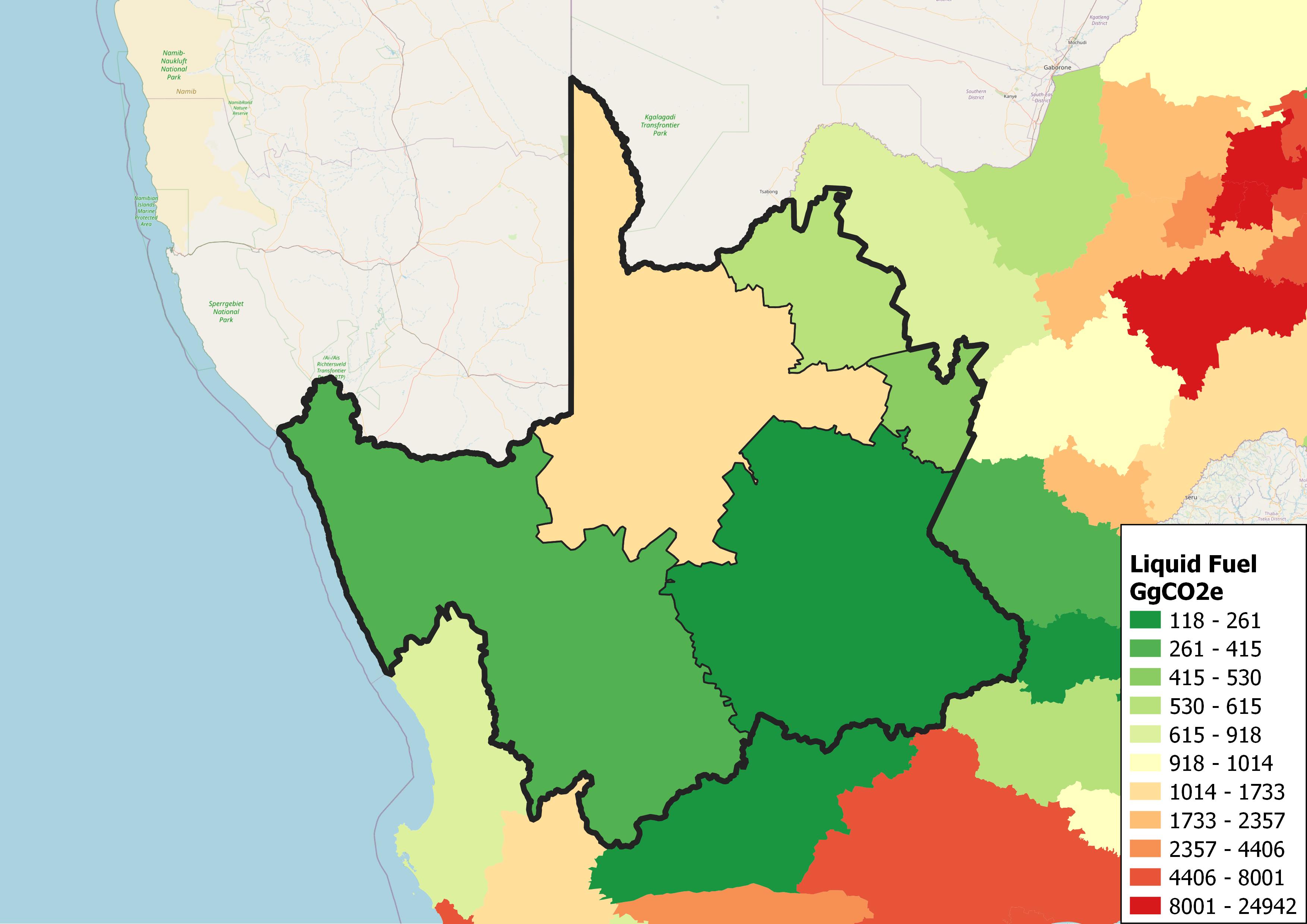 Figure: Projected changes in annual average temperatures throughout Northern Cape over the period 2021-2050 under the RCP 8.5 scenario (CSIR 2019) 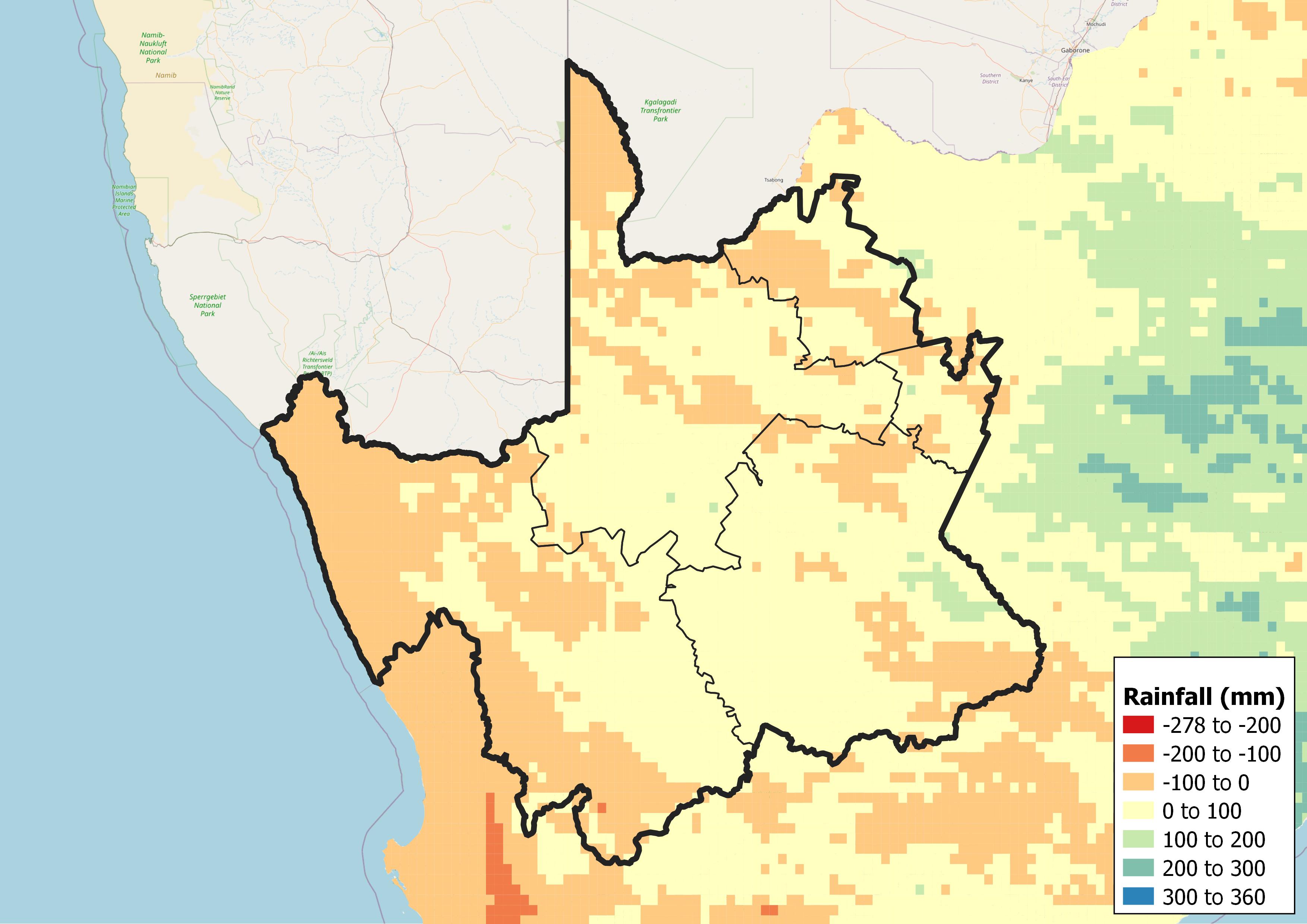 Figure: Projected changes in annual average rainfall throughout Northern Cape over the period 2021-2050 under the RCP 8.5 scenario (CSIR 2019) 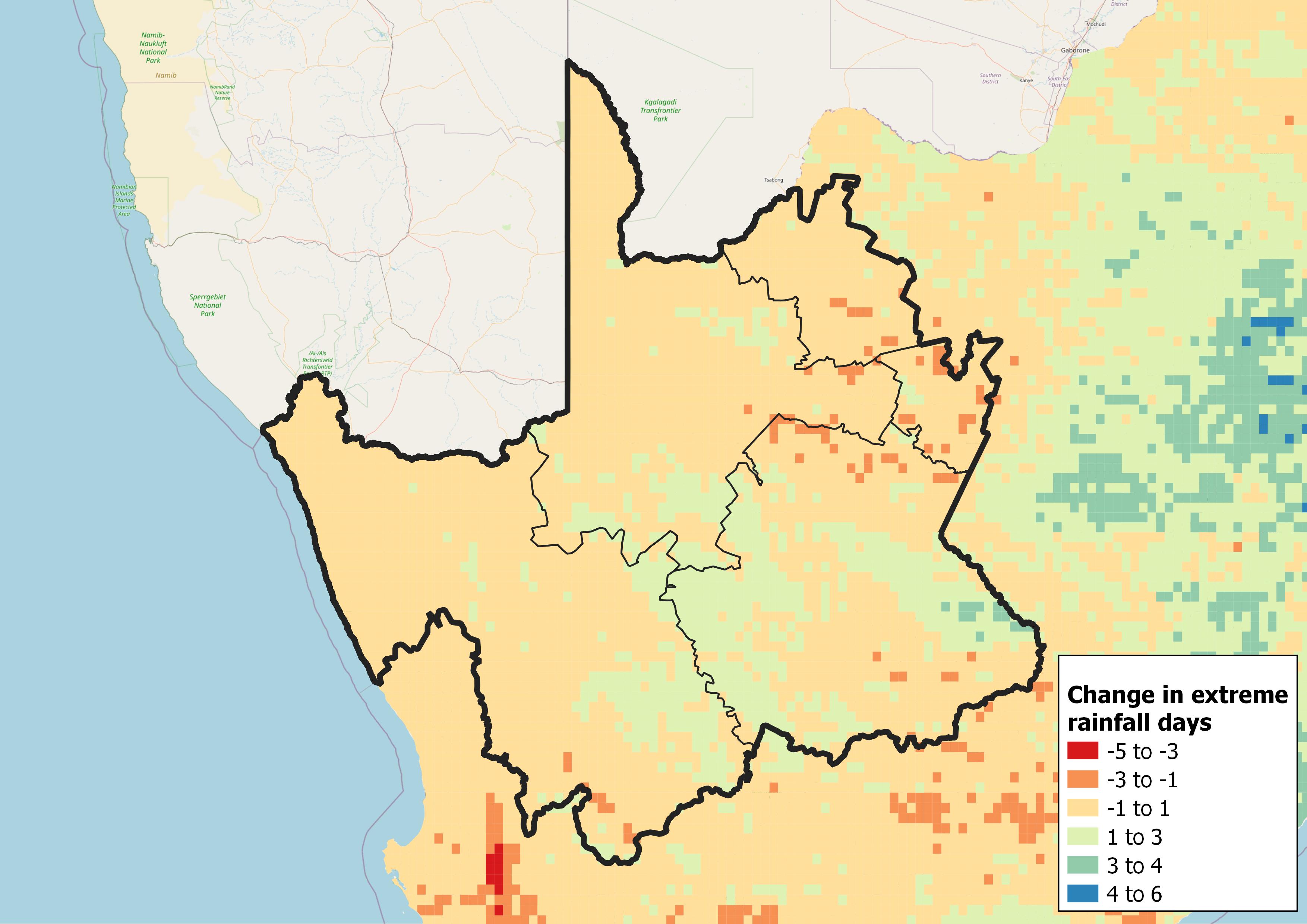 Figure: Projected changes in the annual average number of extreme rainfall days throughout Northern Cape over the period 2021-2050 under the RCP 8.5 scenario (CSIR 2019) 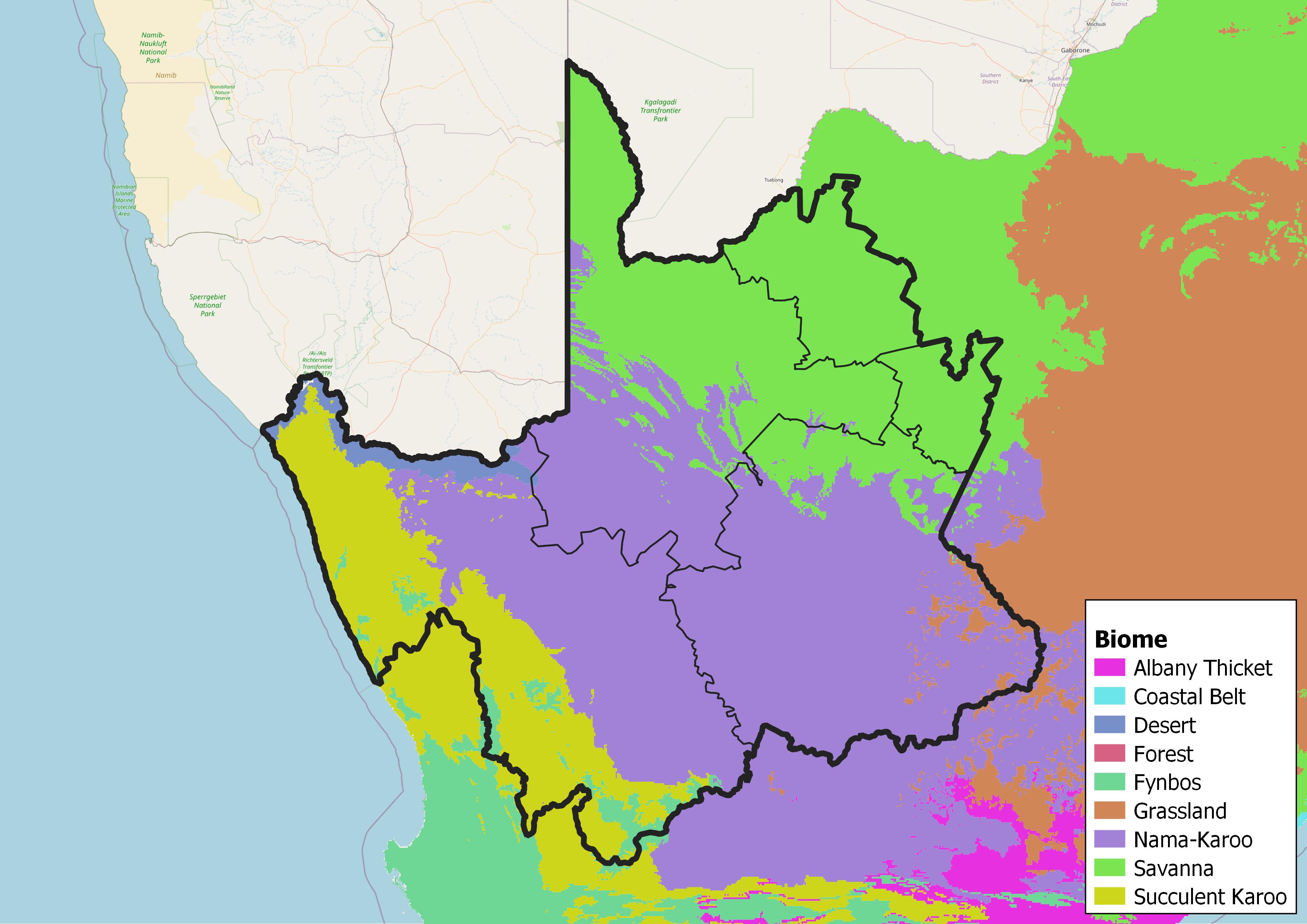 Figure: The current delineation of biomes in Northern Cape (SANParks 2011a) 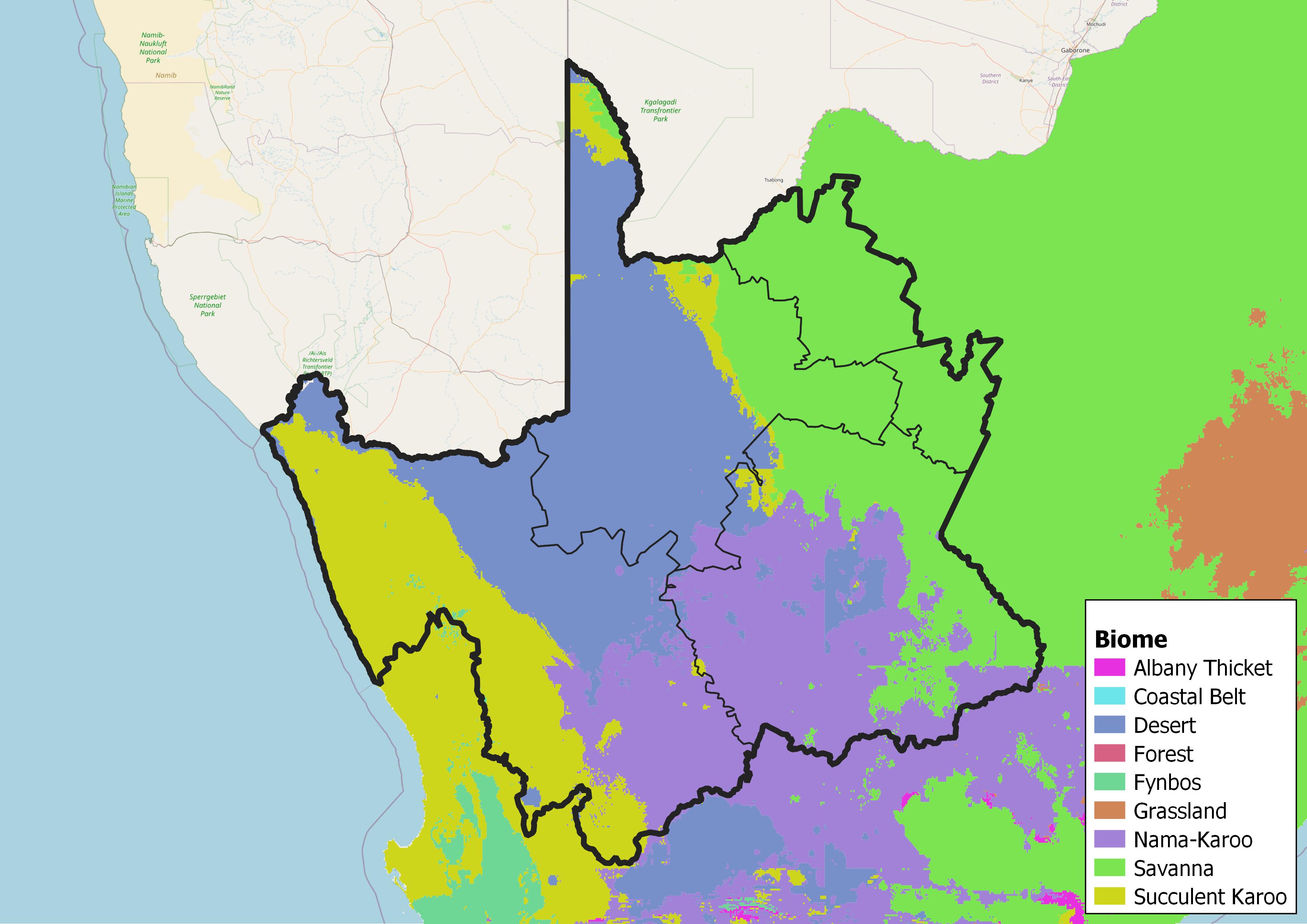 Figure: The predicted shift in biomes in Northern Cape using a high-risk scenario (SANParks 2011b) 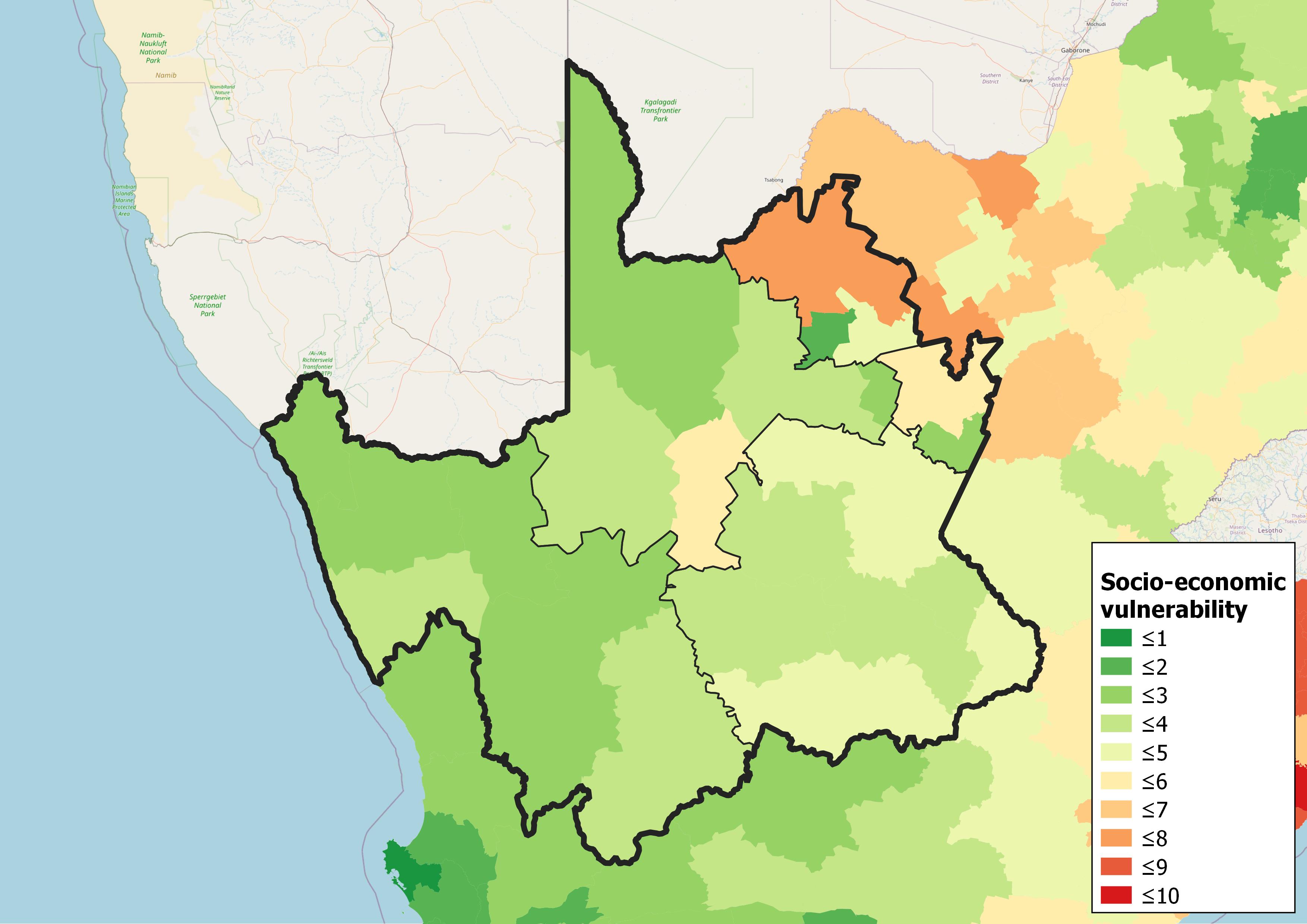 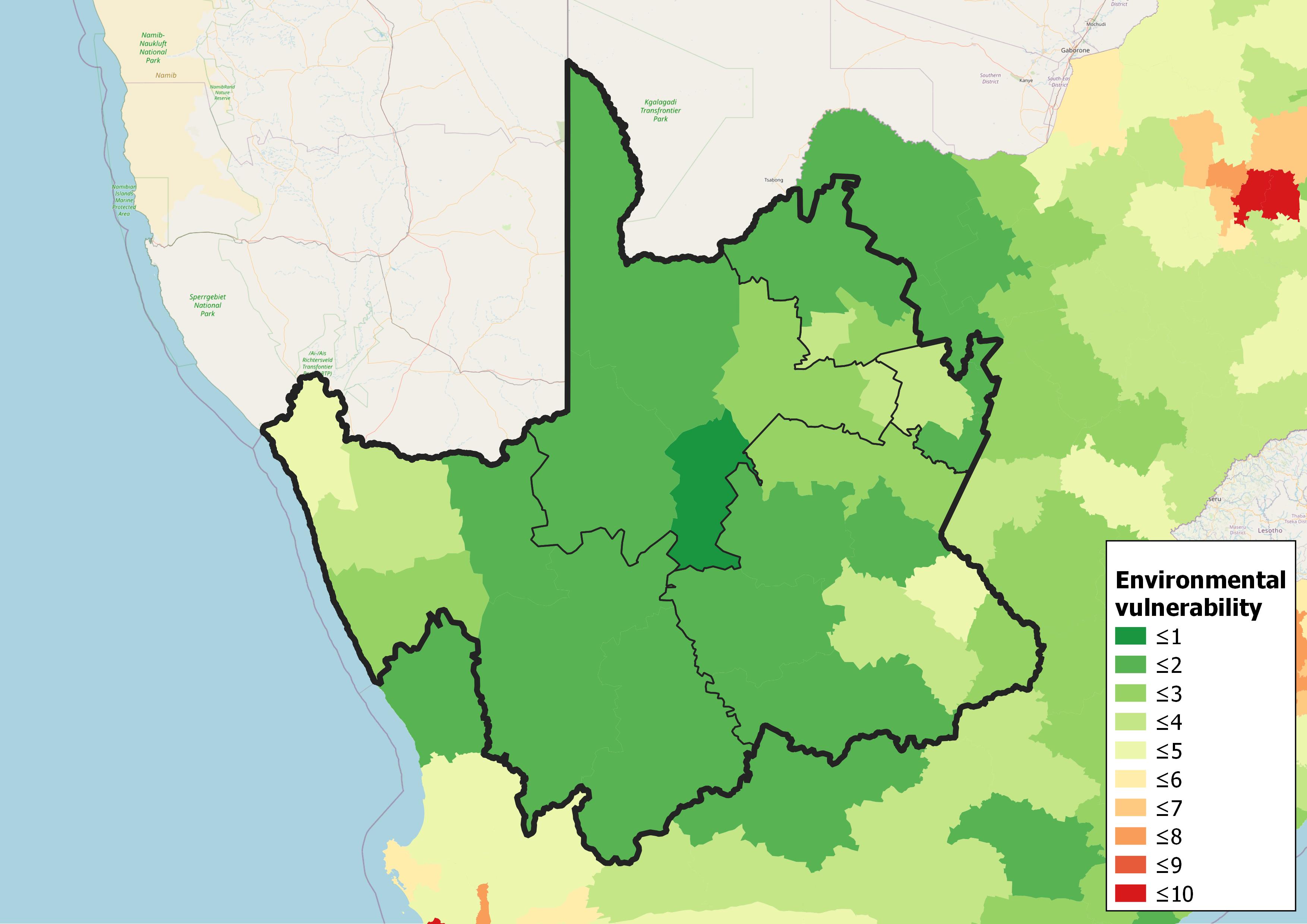 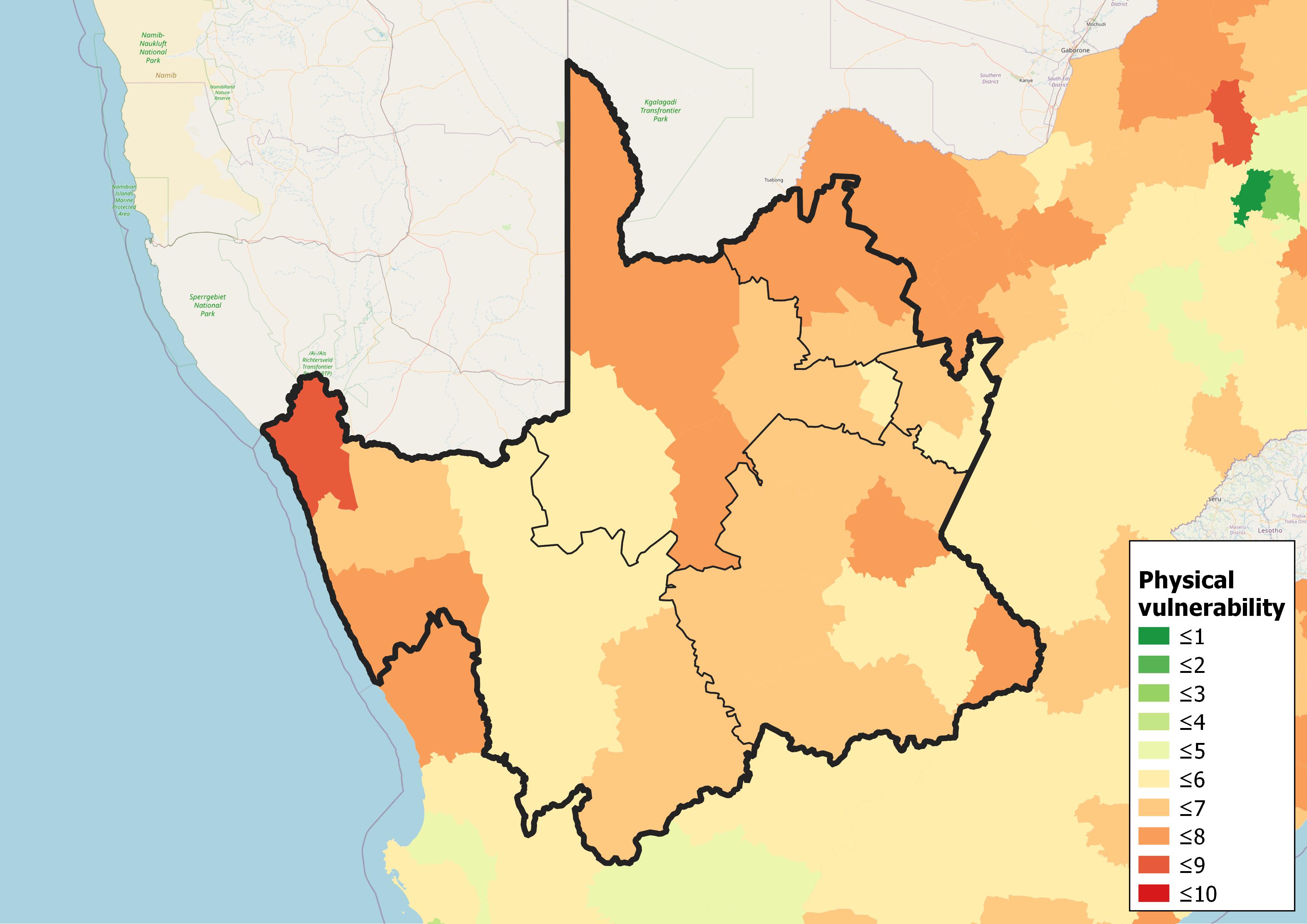 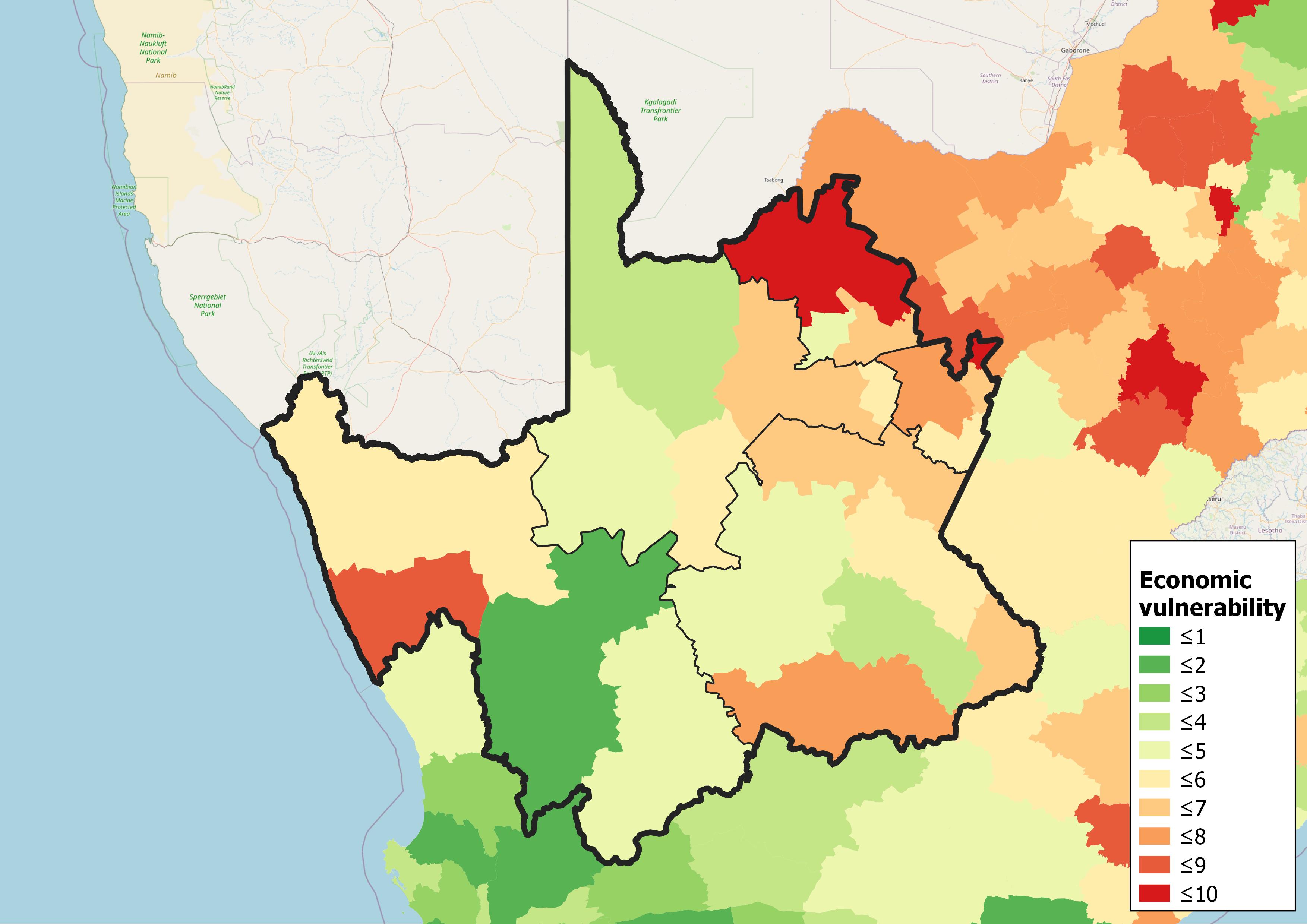