Limpopo is South Africa’s 5th largest province with a total land area of 125,755 square kilometres, and has a population of 5.4-million people. The capital of the province is Polokwane, which is located in the centre of the province. Other important urban centres include Modimolle, Makhado and Musina, and the mining centres of Phalaborwa and Thabazimbi. The province is composed of five district municipalities as shown in the figure below (Department of Environmental Affairs, 2015). 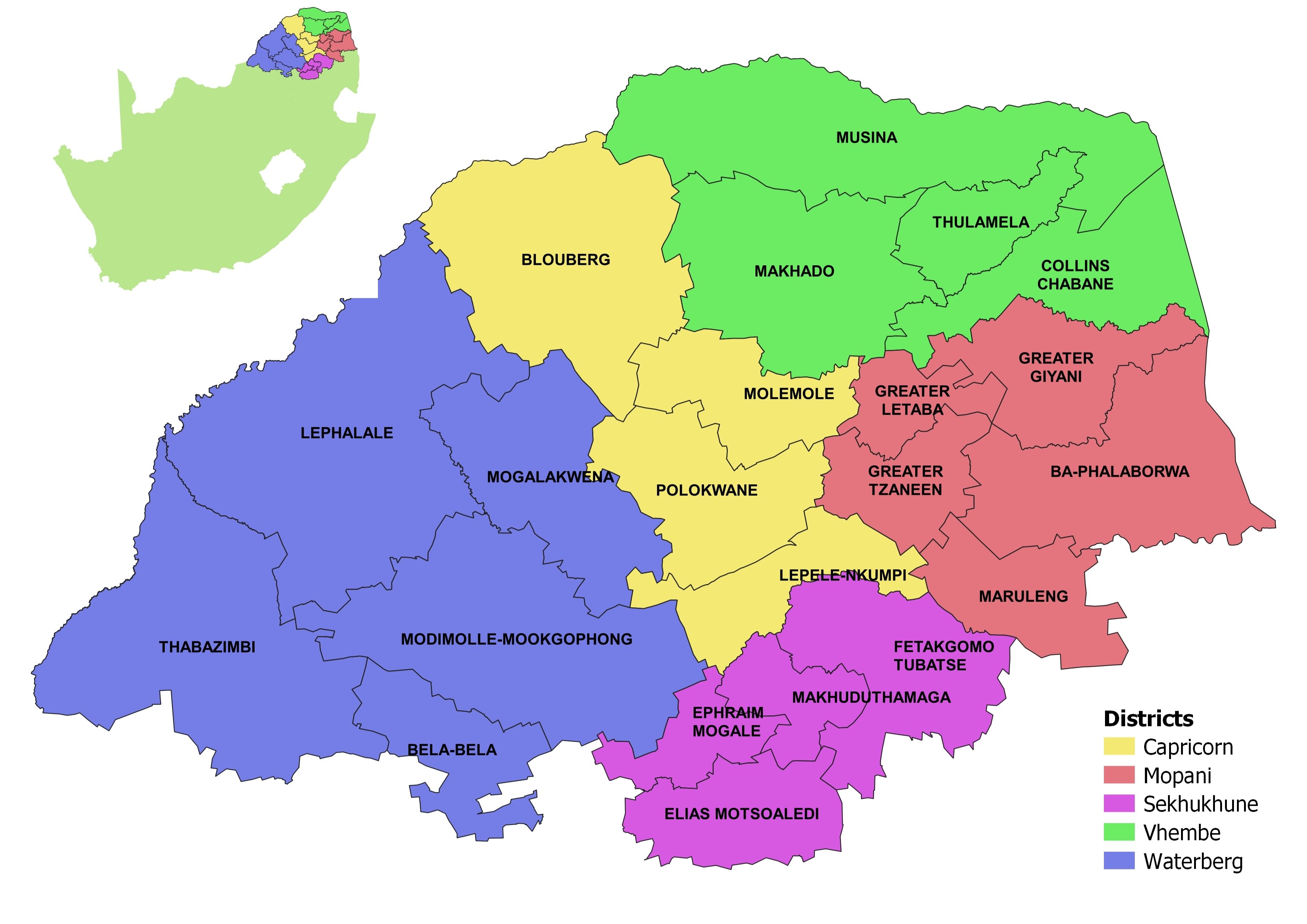 Figure: Limpopo province and its municipalities

Described as the “breadbasket” and “agricultural engine” of South Africa, the province accounts for almost 60% of all fruit, vegetables, maize, wheat, and cotton produced in the country. In addition to commercial farming, a large section of the rural population is dependent on agriculture for subsistence. Mining is the major economic driver in the province and contributes to more than a fifth of the province’s economic growth. Platinum, diamonds, coal, copper and phosphates are mined in the area. The growth of the mining sector has however declined in the last few years due to the global economic crisis. The province also has a thriving tourism sector which includes the Kruger National Park, Mapungubwe Cultural Landscape, 54 provincial reserves and several luxury private game reserves.

The province can be divided into three climatic regions: the Lowveld region: a semi-arid climate, the Middle- and Highveld: semi-arid, and Escarpment: a sub-humid climate. The province experiences summer rainfall, with the northern and eastern areas experiencing hot and humid summers and the mountain areas experiencing misty conditions. Winters are mild and generally frost free. The province depends on surface water resources and is a water stressed province with almost all of its water resources being fully developed and allocated, with a high percentage of the population not having access to safe water (Department of Environmental Affairs, 2015, Department of Environmental Affairs, 2015). 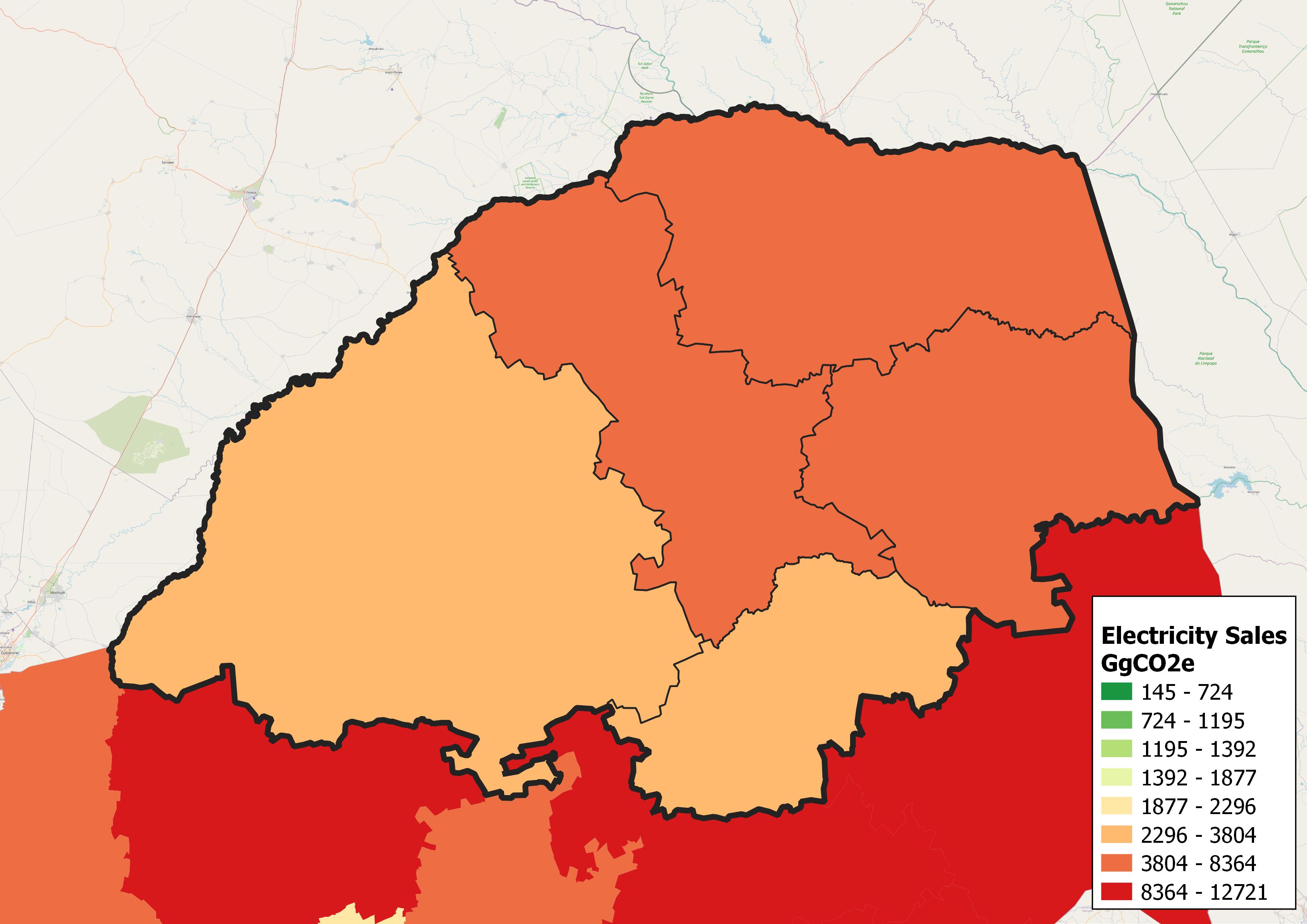 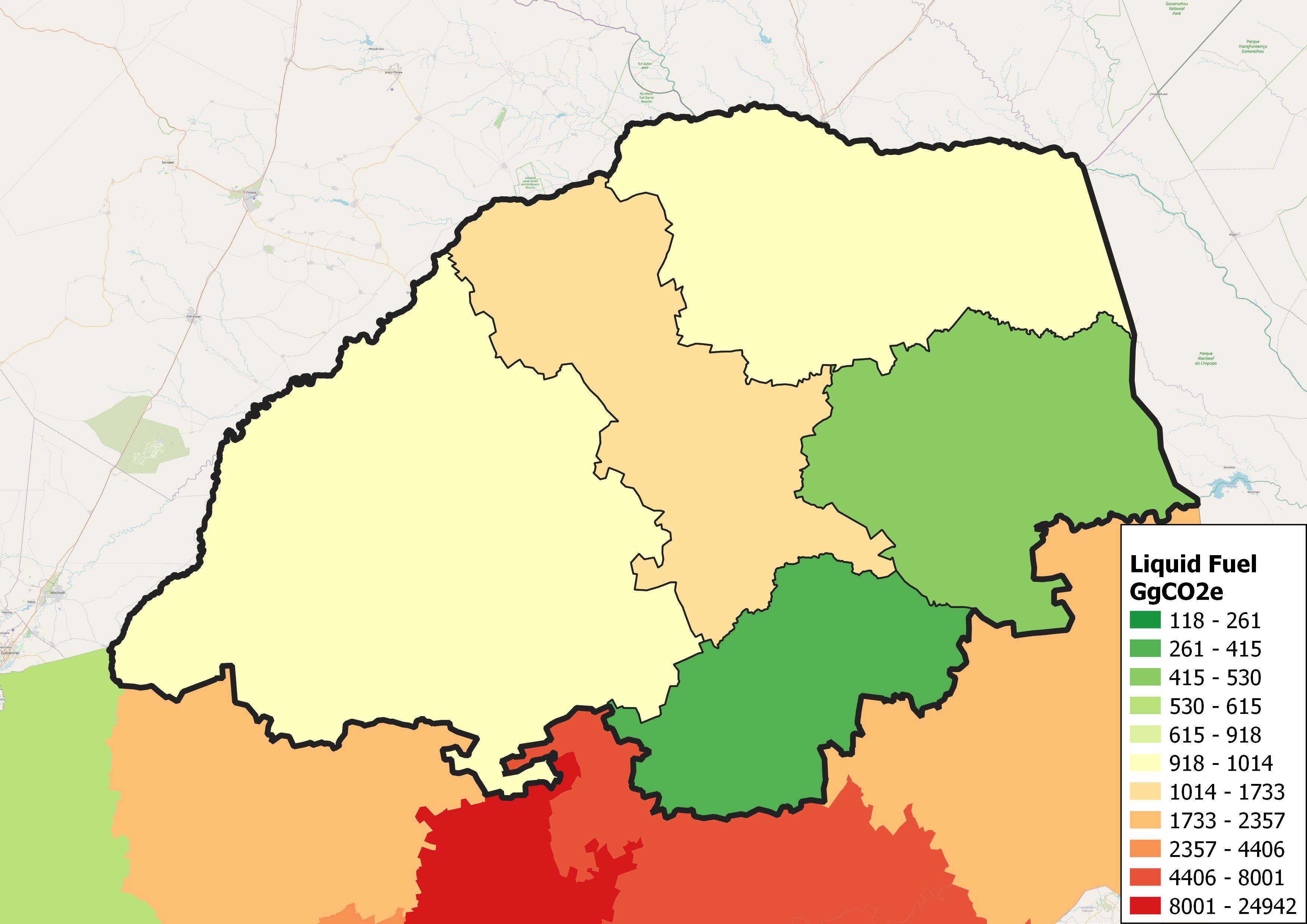 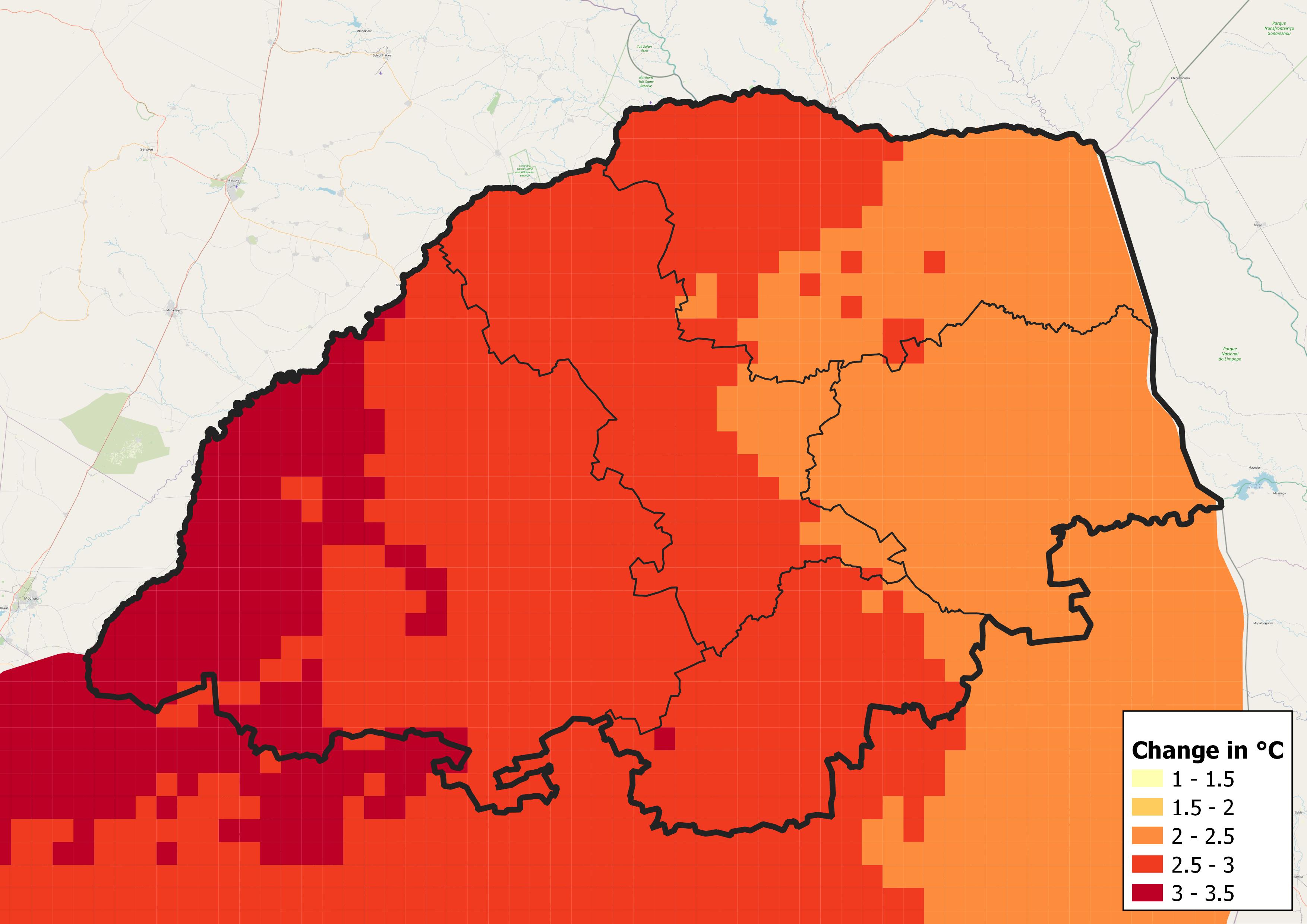 Figure: Projected changes in annual average temperatures throughout Limpopo over the period 2021-2050 under the RCP 8.5 scenario (CSIR 2019) 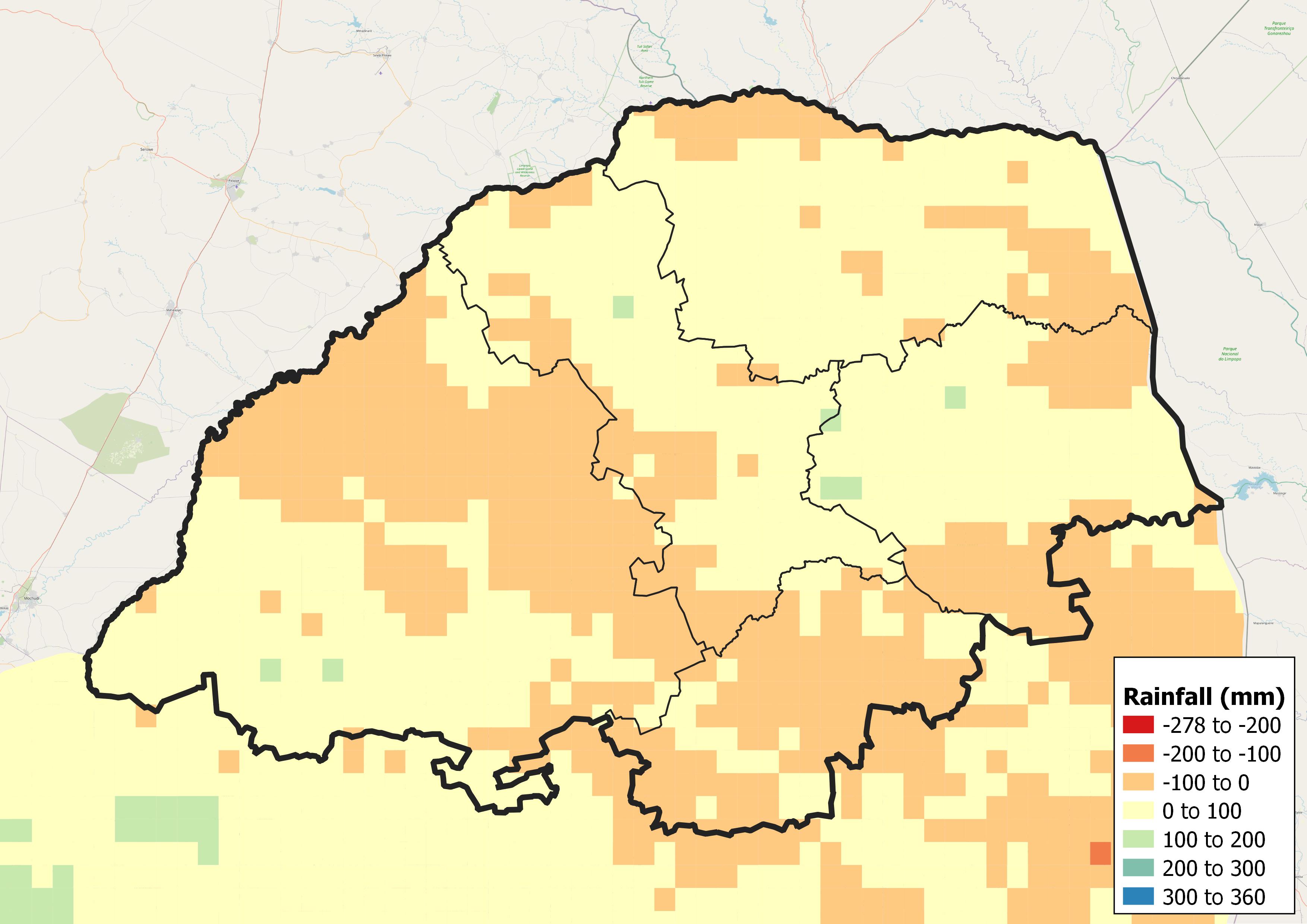 Figure: Projected changes in annual average rainfall throughout Limpopo over the period 2021-2050 under the RCP 8.5 scenario (CSIR 2019) 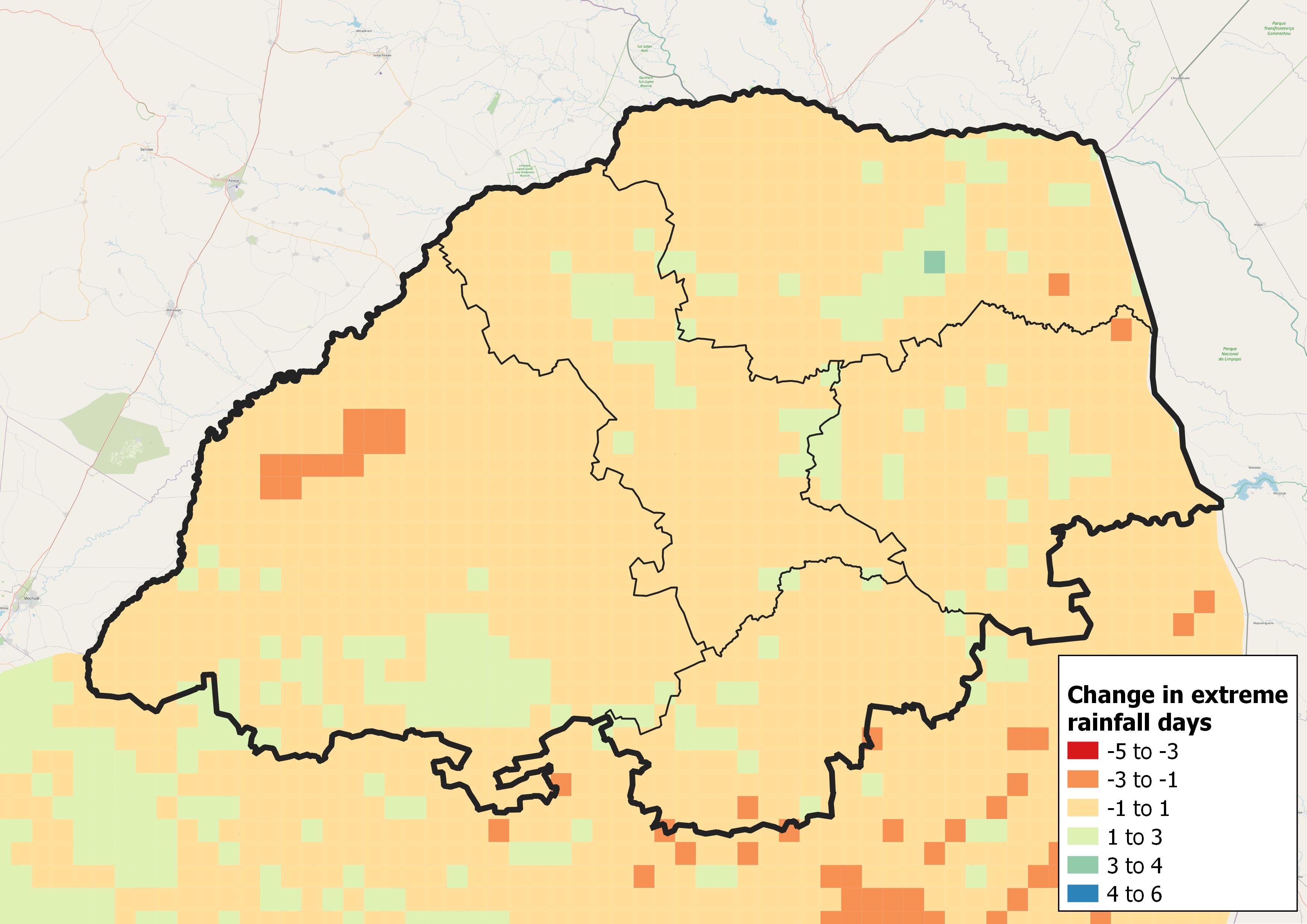 Figure: Projected changes in the annual average number of extreme rainfall days throughout Limpopo over the period 2021-2050 under the RCP 8.5 scenario (CSIR 2019) 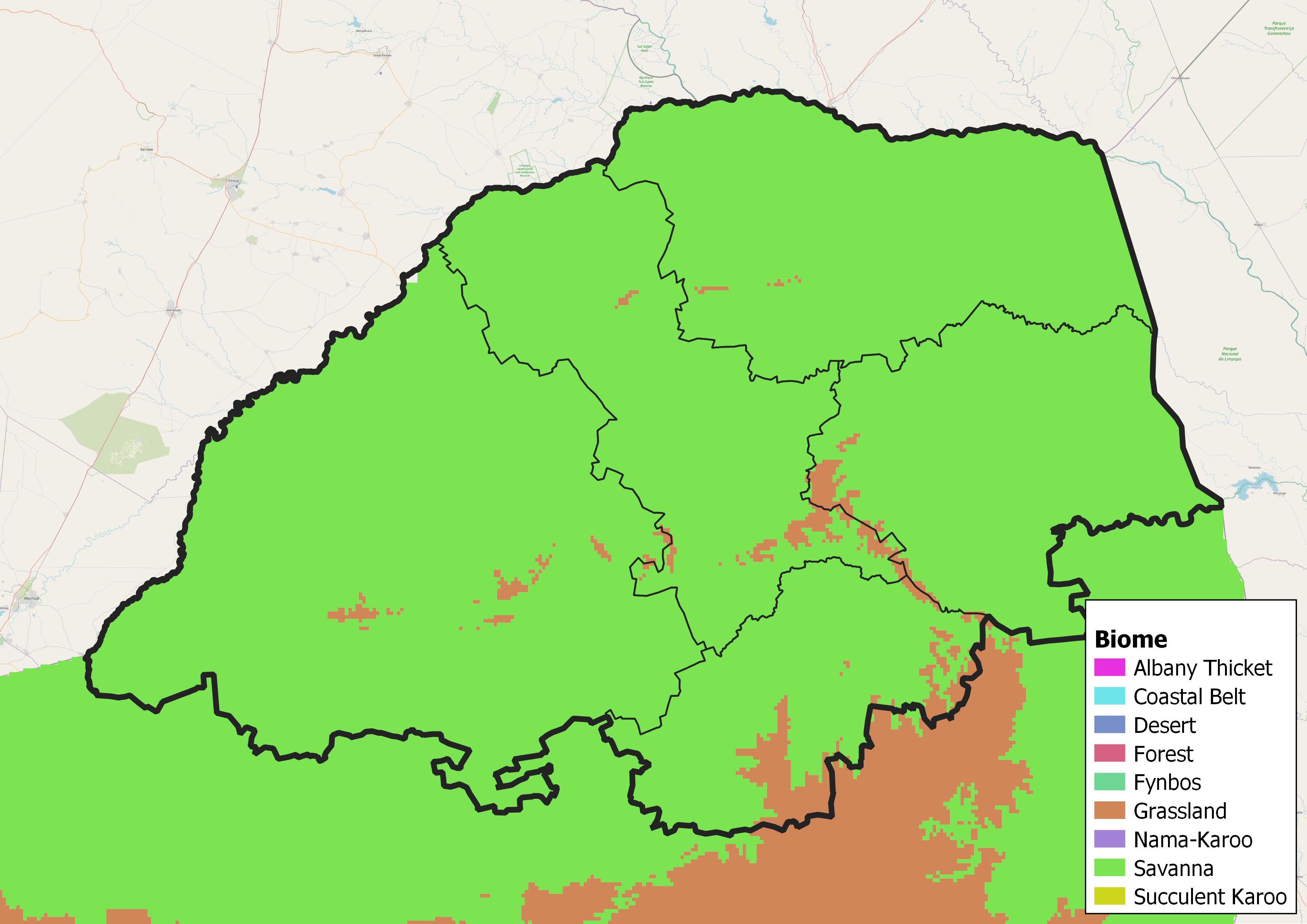 Figure: The current delineation of biomes in Limpopo (SANParks 2011a) 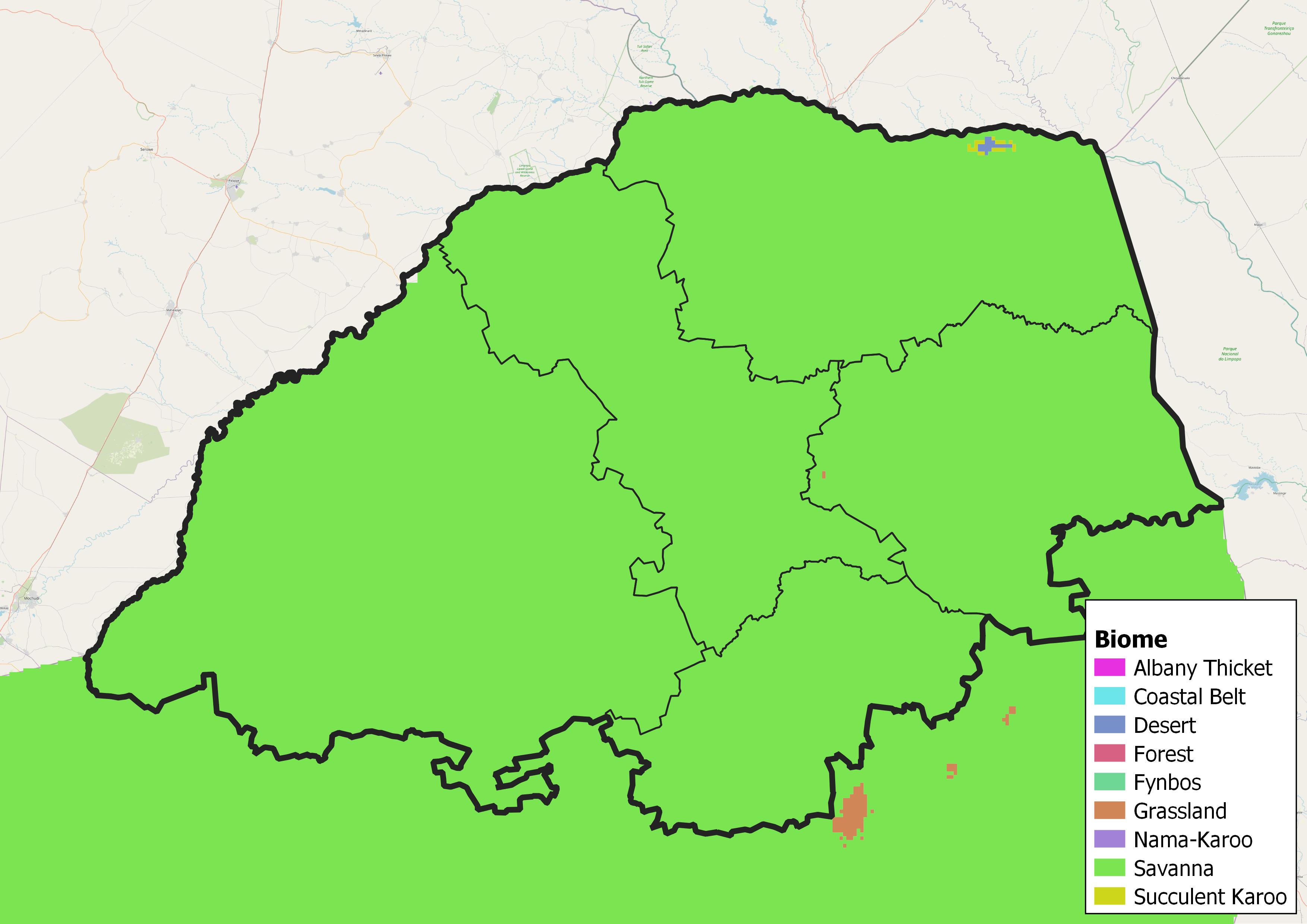 Figure: The predicted shift in biomes in Limpopo using a high-risk scenario (SANParks 2011b) 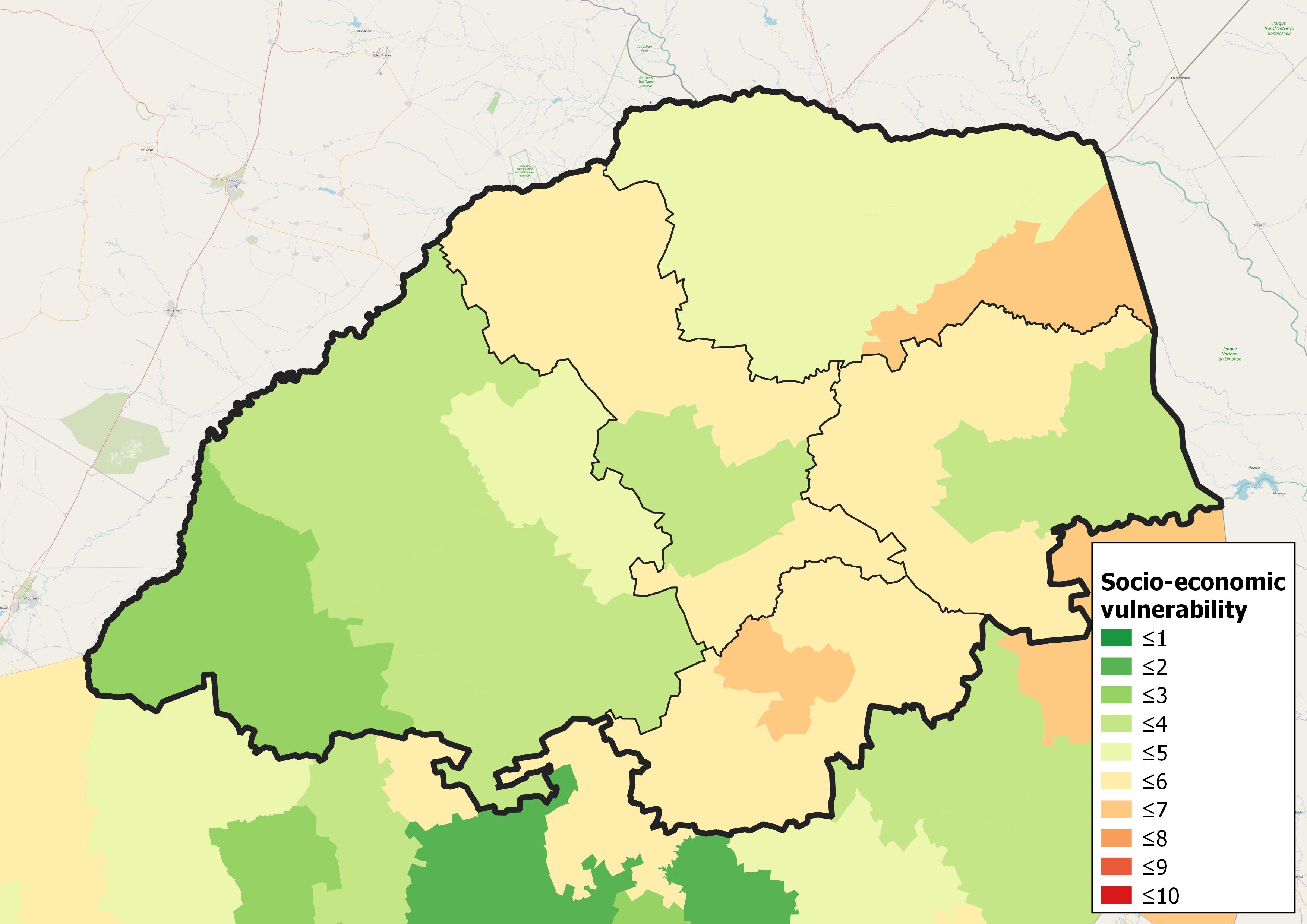 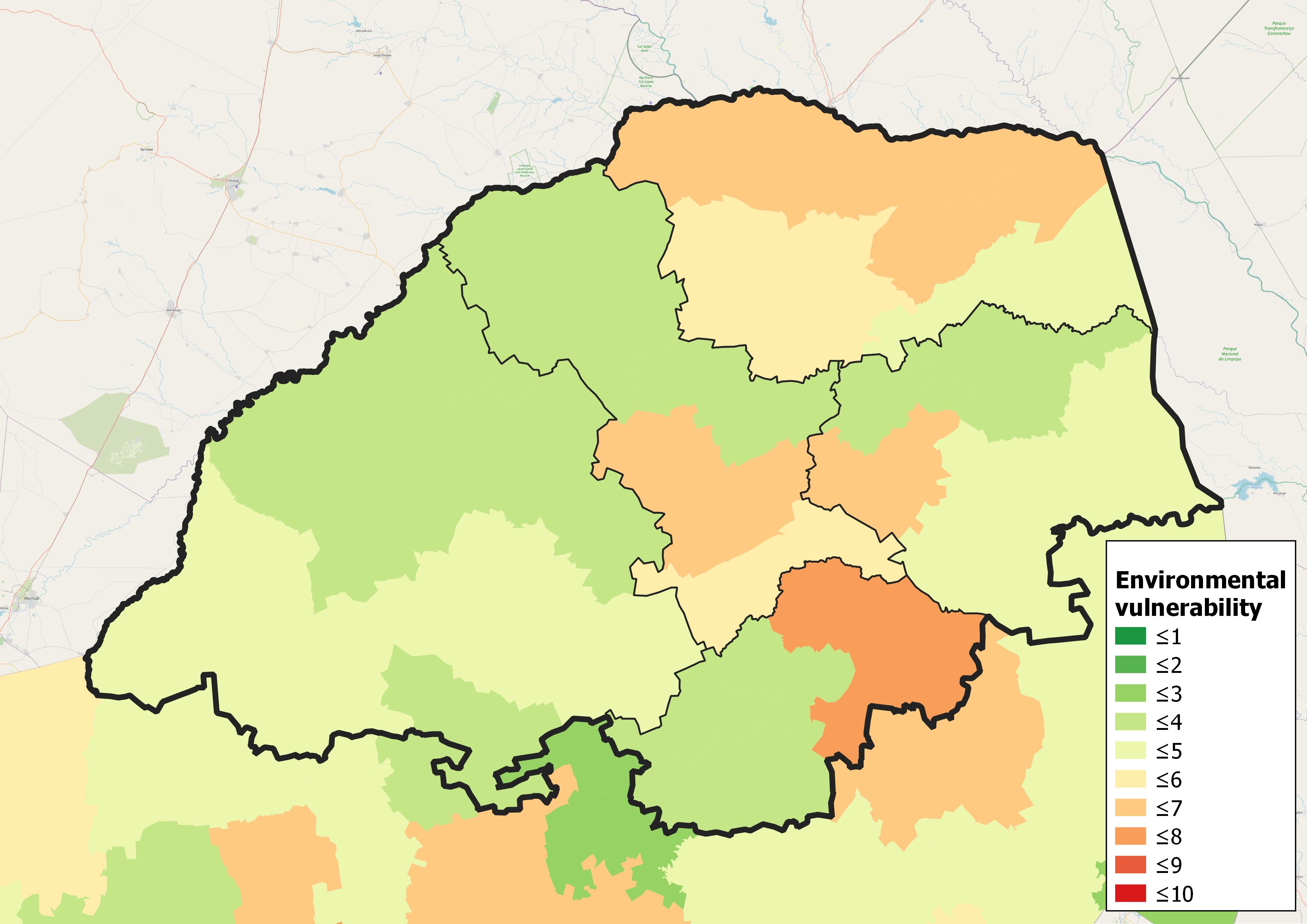 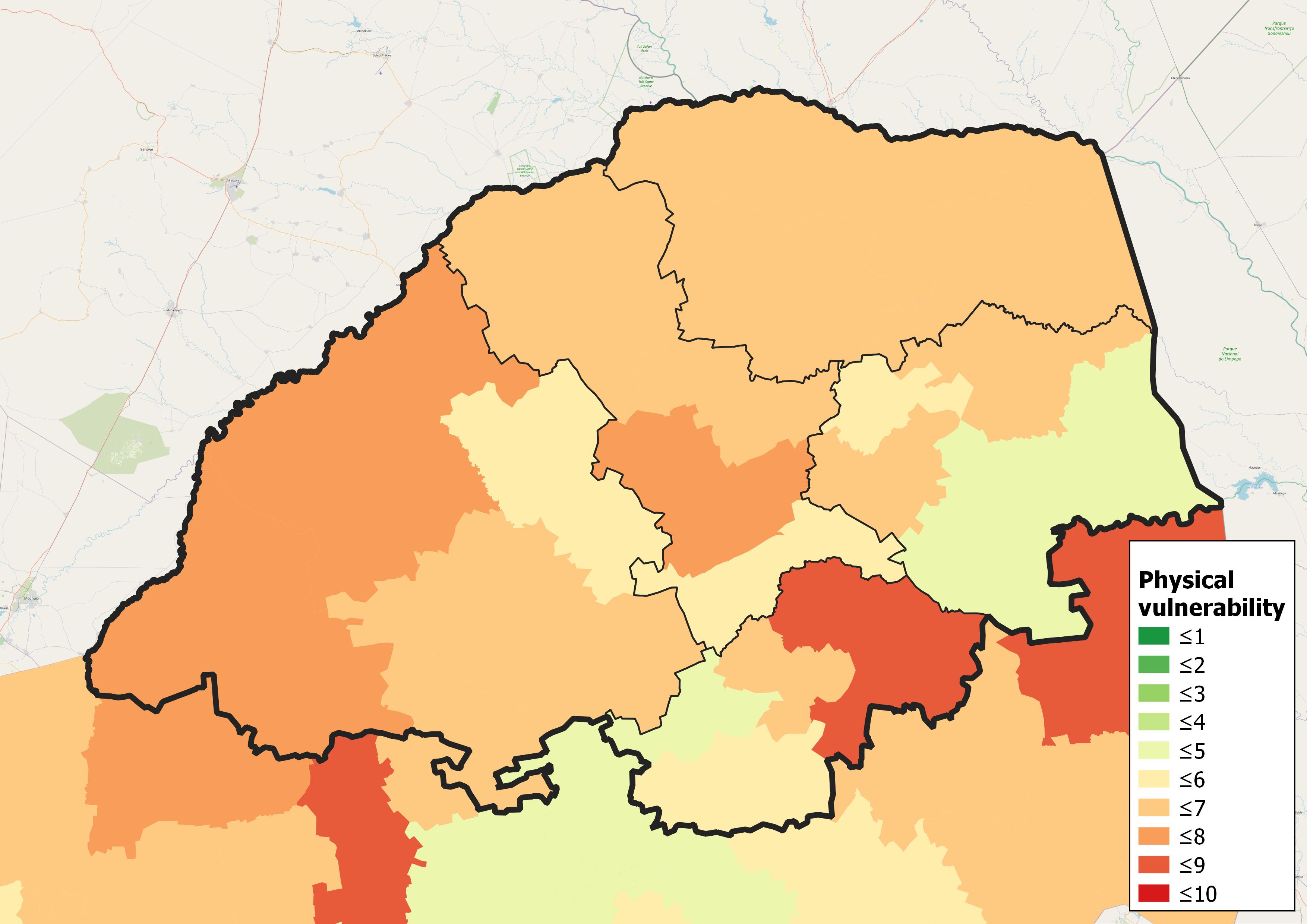 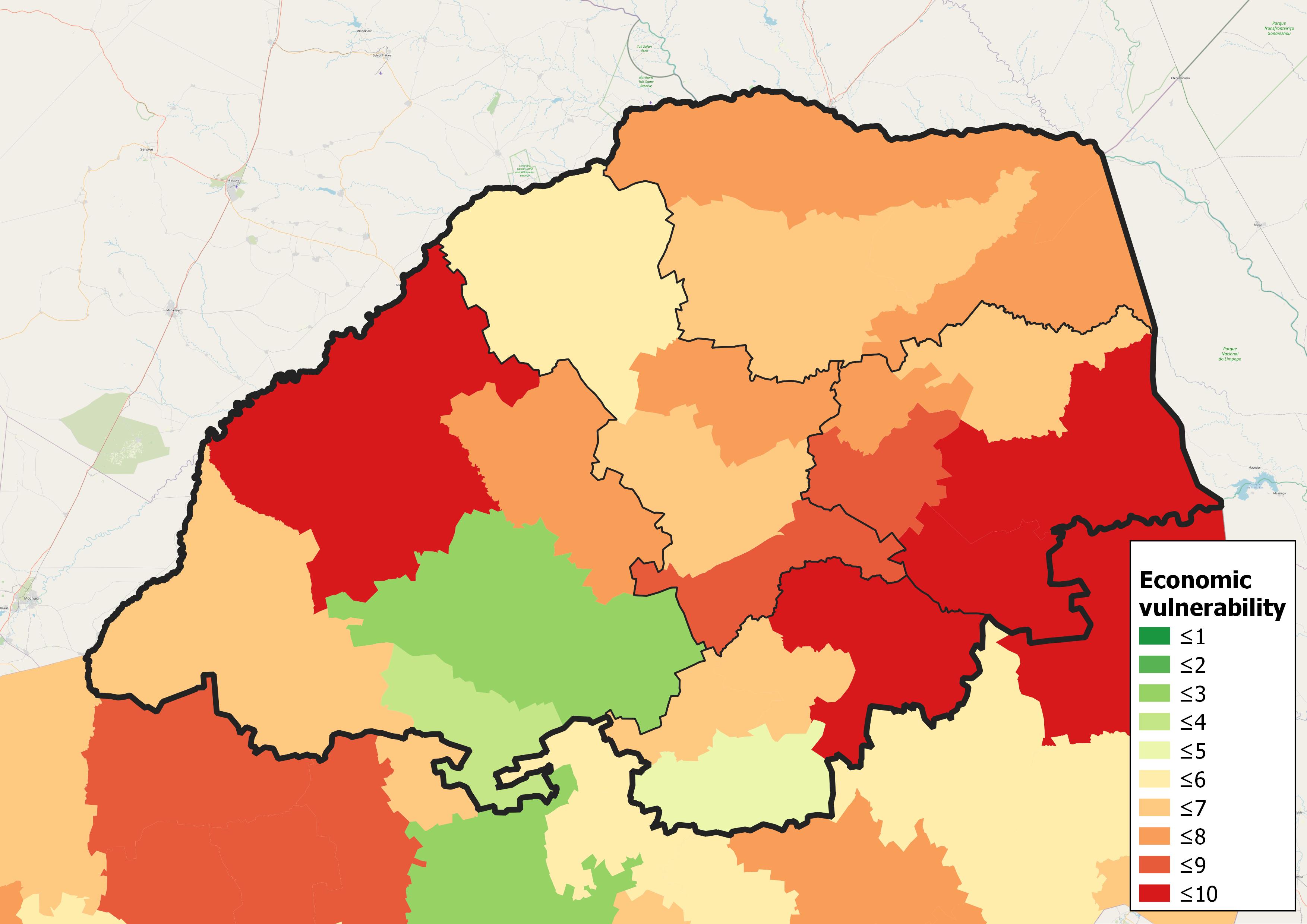