KwaZulu-Natal is the third smallest province in South Africa with an area of 94,361 square kilometres, making up 7.7% of the country’s land area (Department of Agriculture, Environmental Affairs and Rural Development 2004). It is situated on the east coast of South Africa along the Indian Ocean, bordering Swaziland, Mpumalanga and Mozambique in the north, and Lesotho, the Free State and the Eastern Cape in the west. KwaZulu-Natal is divided into one metropolitan municipality (eThekwini Metropolitan Municipality) and 10 district municipalities (Figure 1), which are further subdivided into 43 local municipalities. The province has the second largest provincial economy in South Africa after Gauteng contributing R206,8 billion (16.5%) towards the country’s gross domestic product. The province has an estimated population of 10,267,300, which is the second largest of all the provinces (20.6%) (Statistics South Africa 2011; Department of Agriculture, Environmental Affairs and Rural Development 2004).The manufacturing, agriculture and forestry sectors which are spread around the province make the most notable contributions to the province’s gross domestic product. 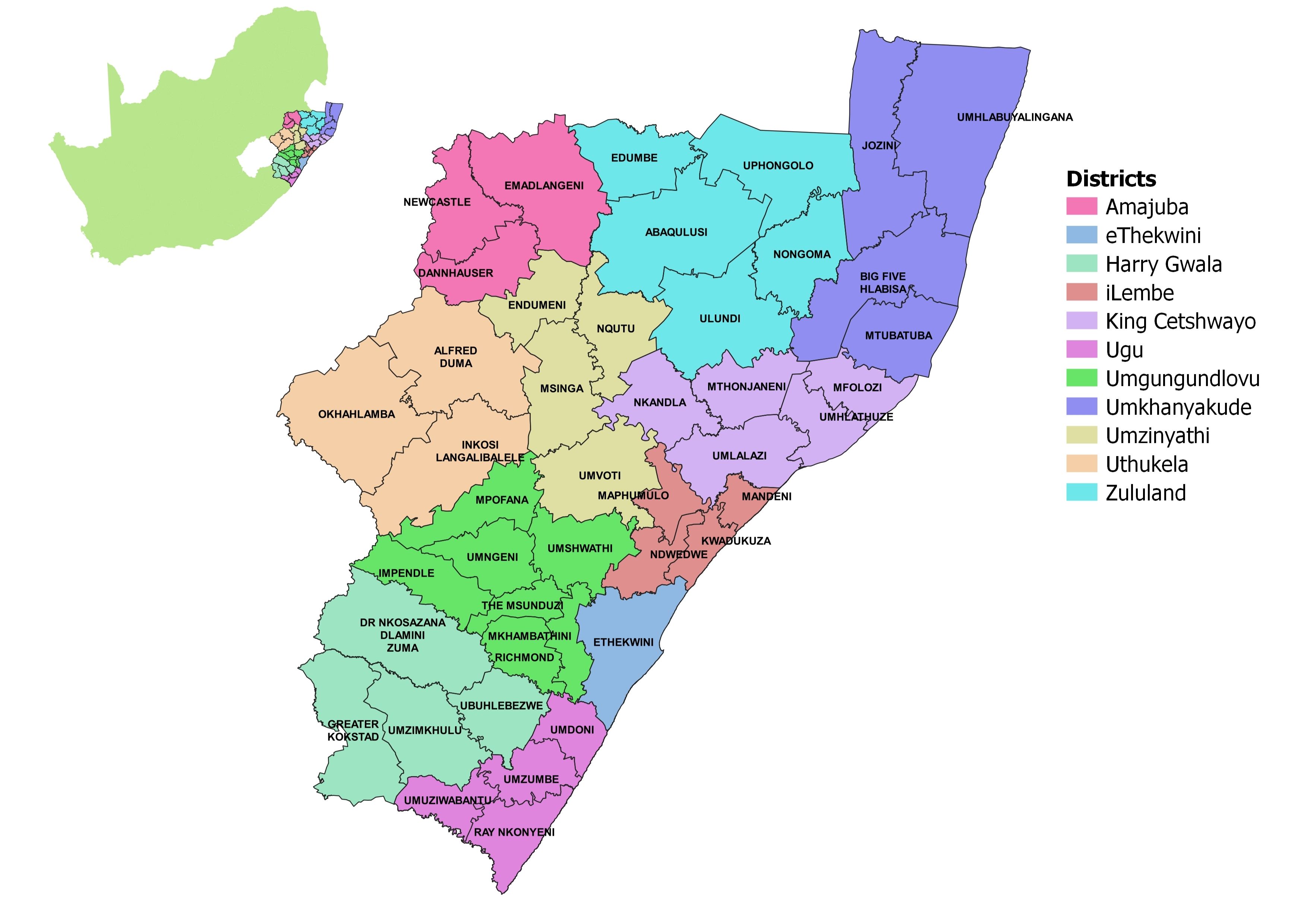 Figure: KwaZulu-Natal province and its municipalities 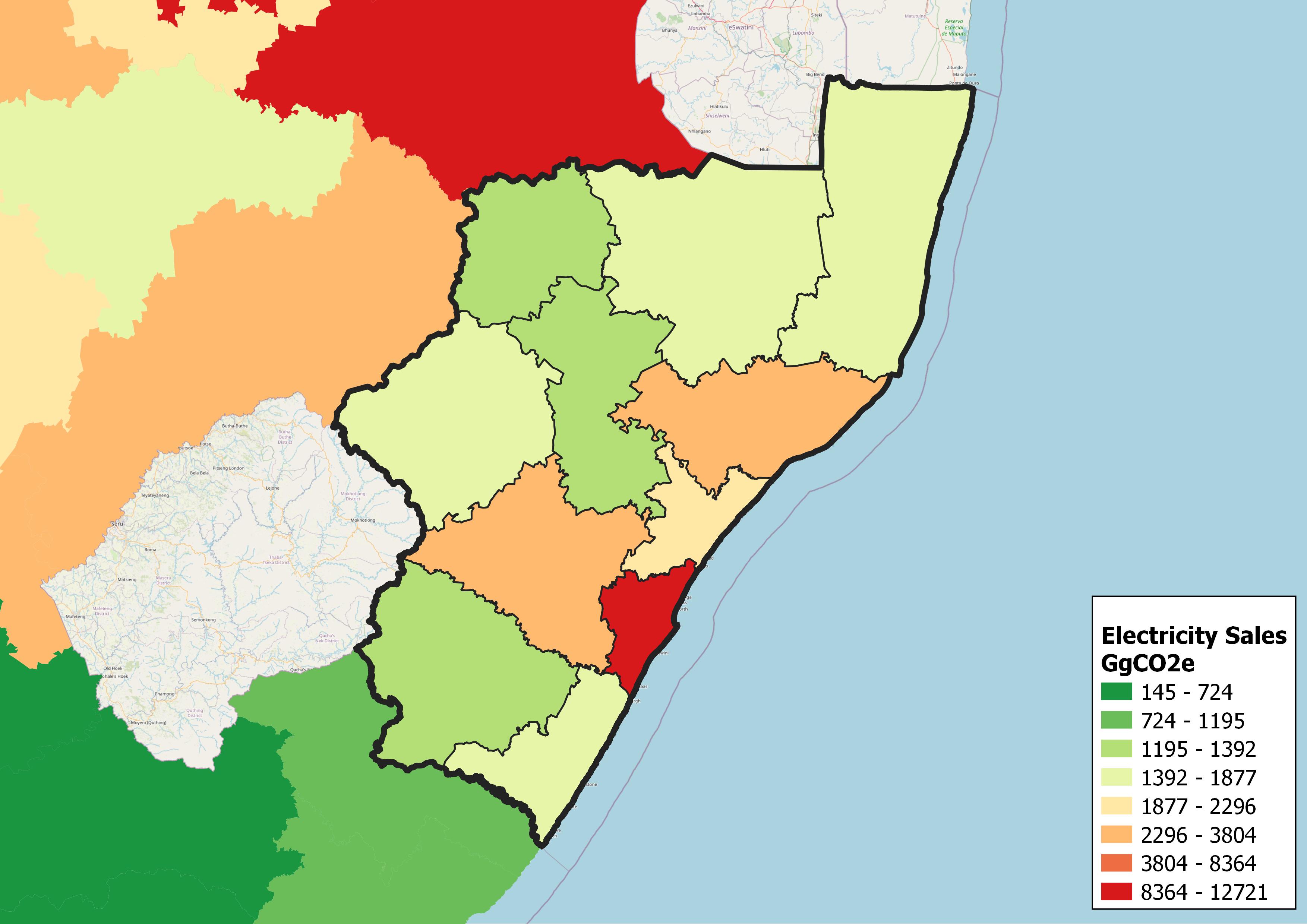 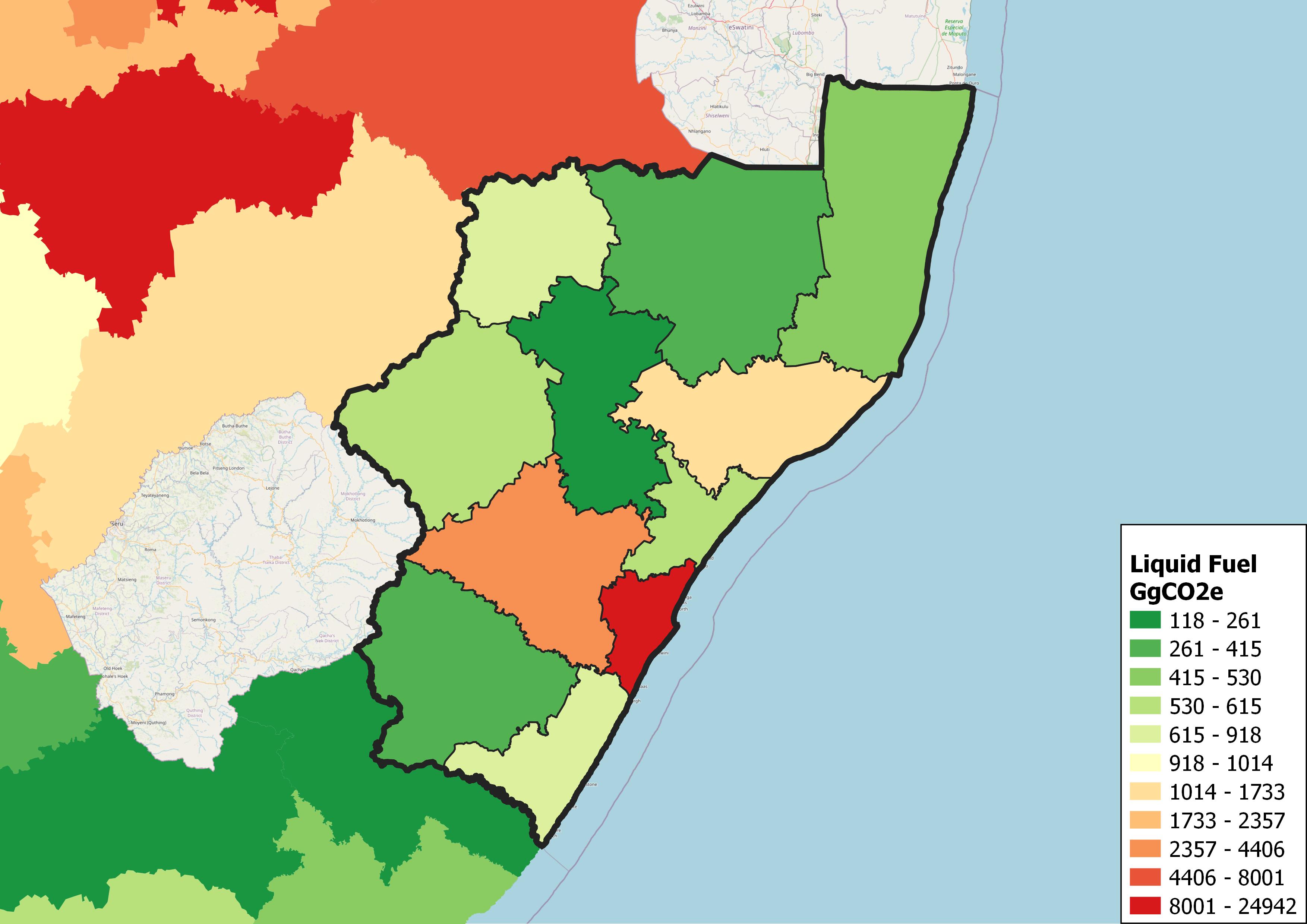 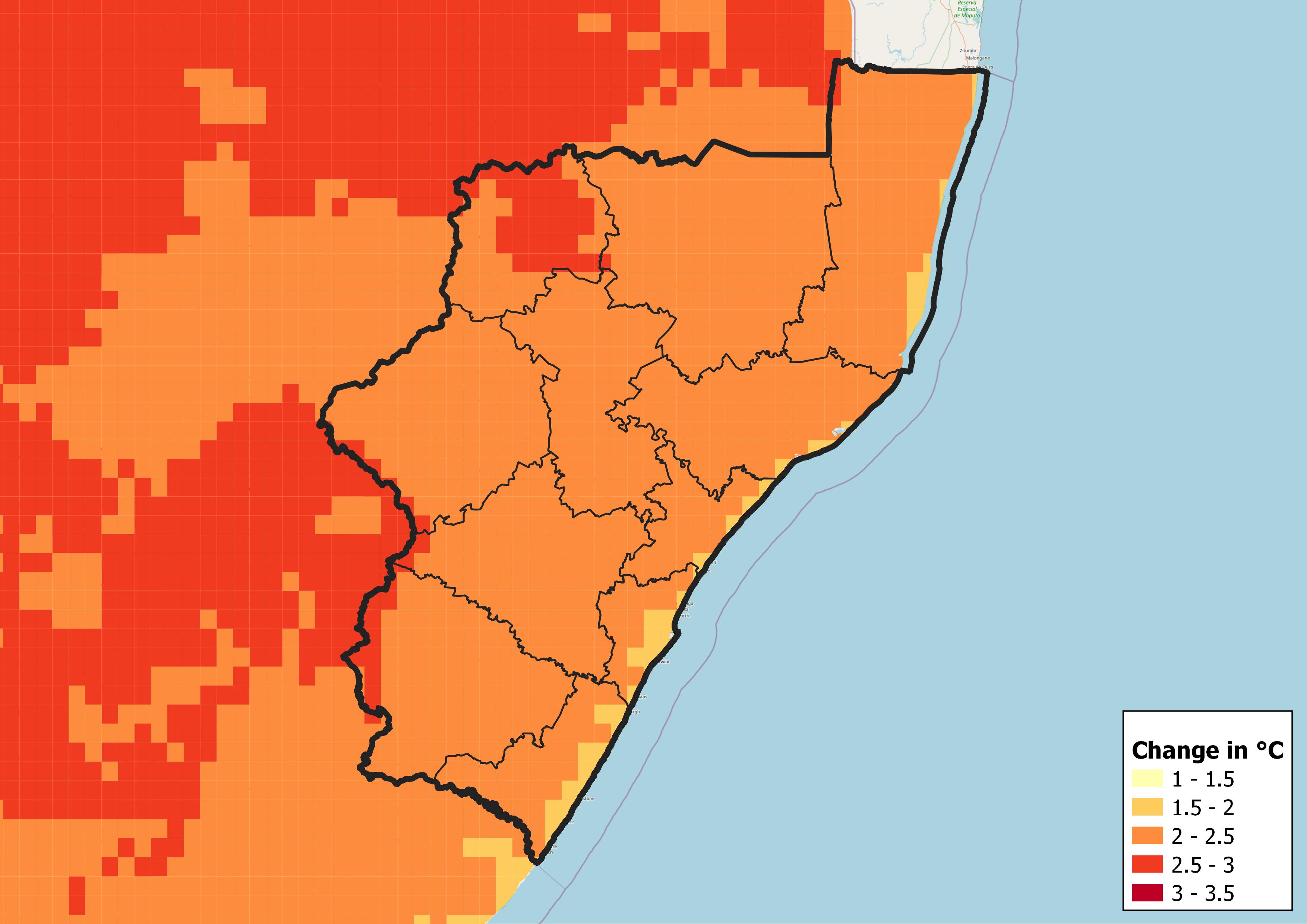 Figure: Projected changes in annual average temperatures throughout KwaZulu-Natal over the period 2021-2050 under the RCP 8.5 scenario (CSIR 2019) 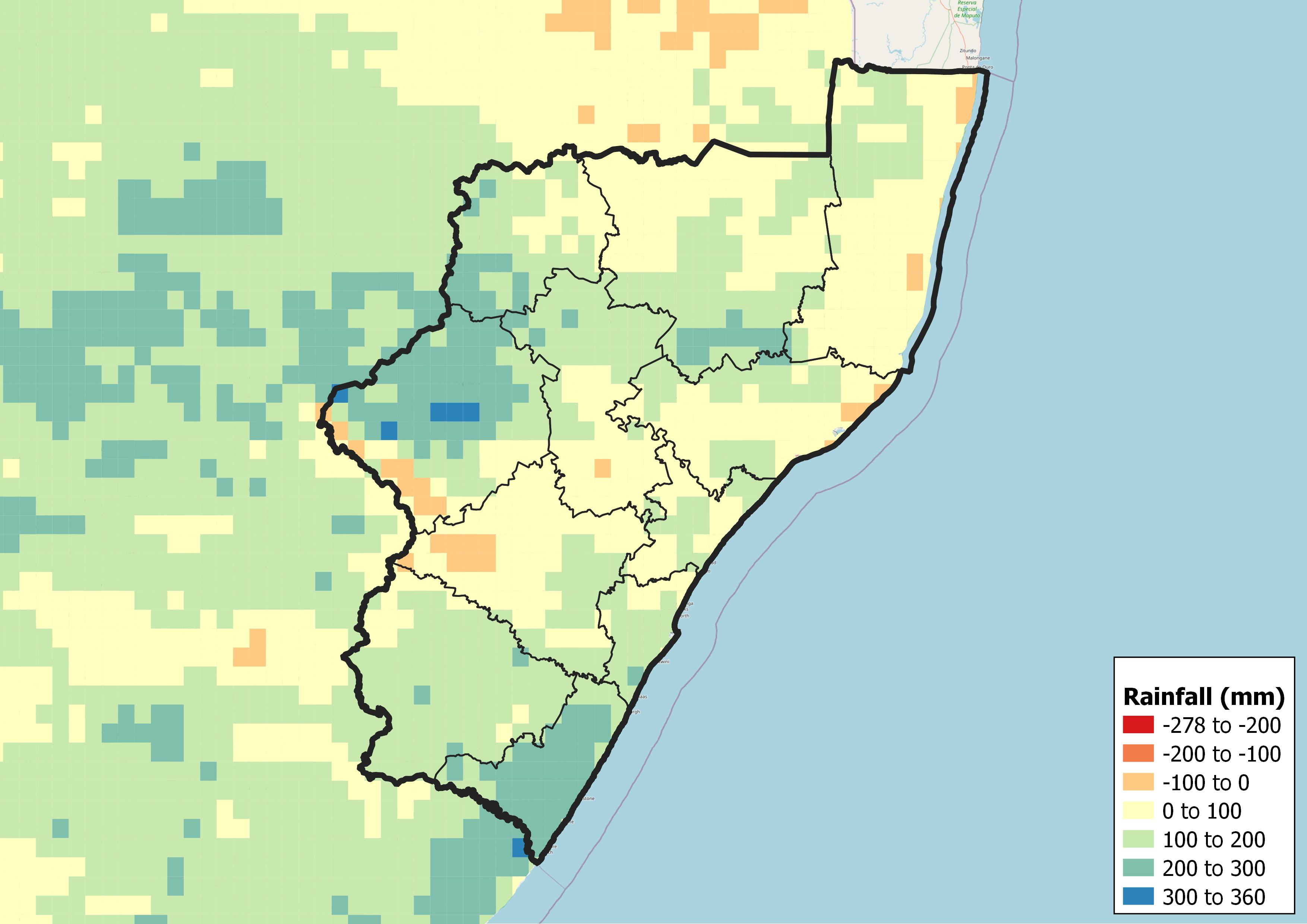 Figure: Projected changes in annual average rainfall throughout KwaZulu-Natal over the period 2021-2050 under the RCP 8.5 scenario (CSIR 2019) 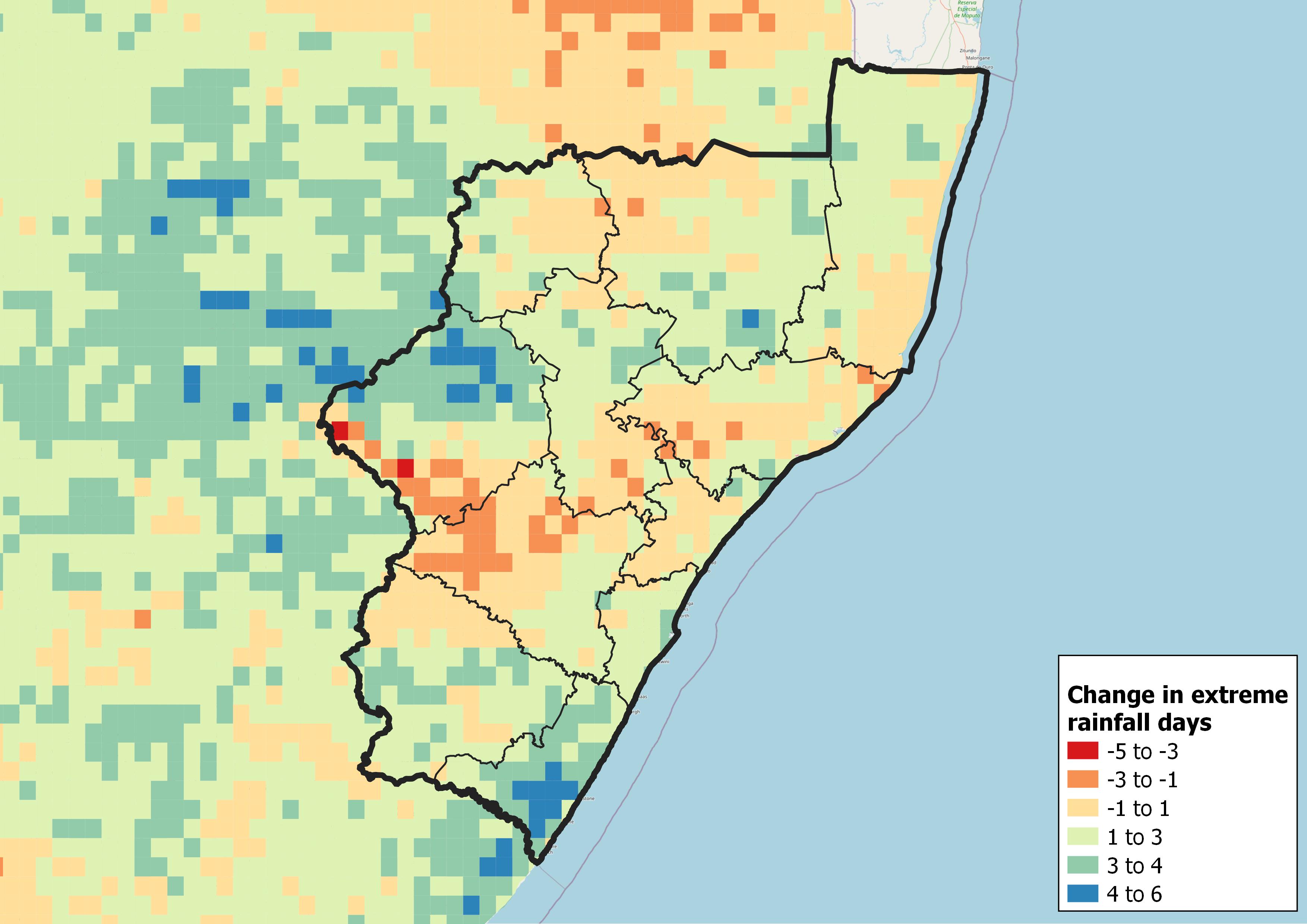 Figure: Projected changes in the annual average number of extreme rainfall days throughout KwaZulu-Natal over the period 2021-2050 under the RCP 8.5 scenario (CSIR 2019) 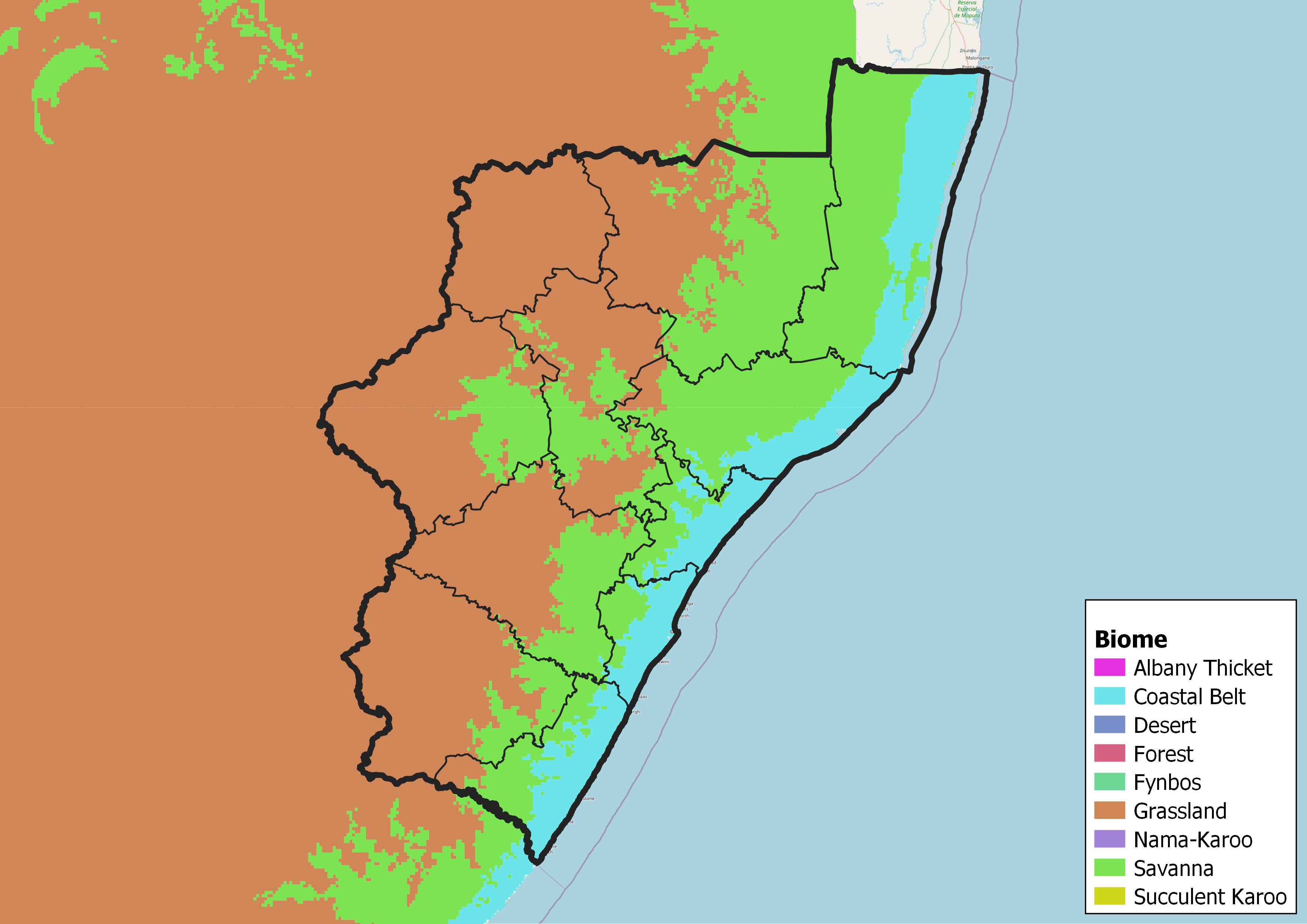 Figure: The current delineation of biomes in KwaZulu-Natal (SANParks 2011a) 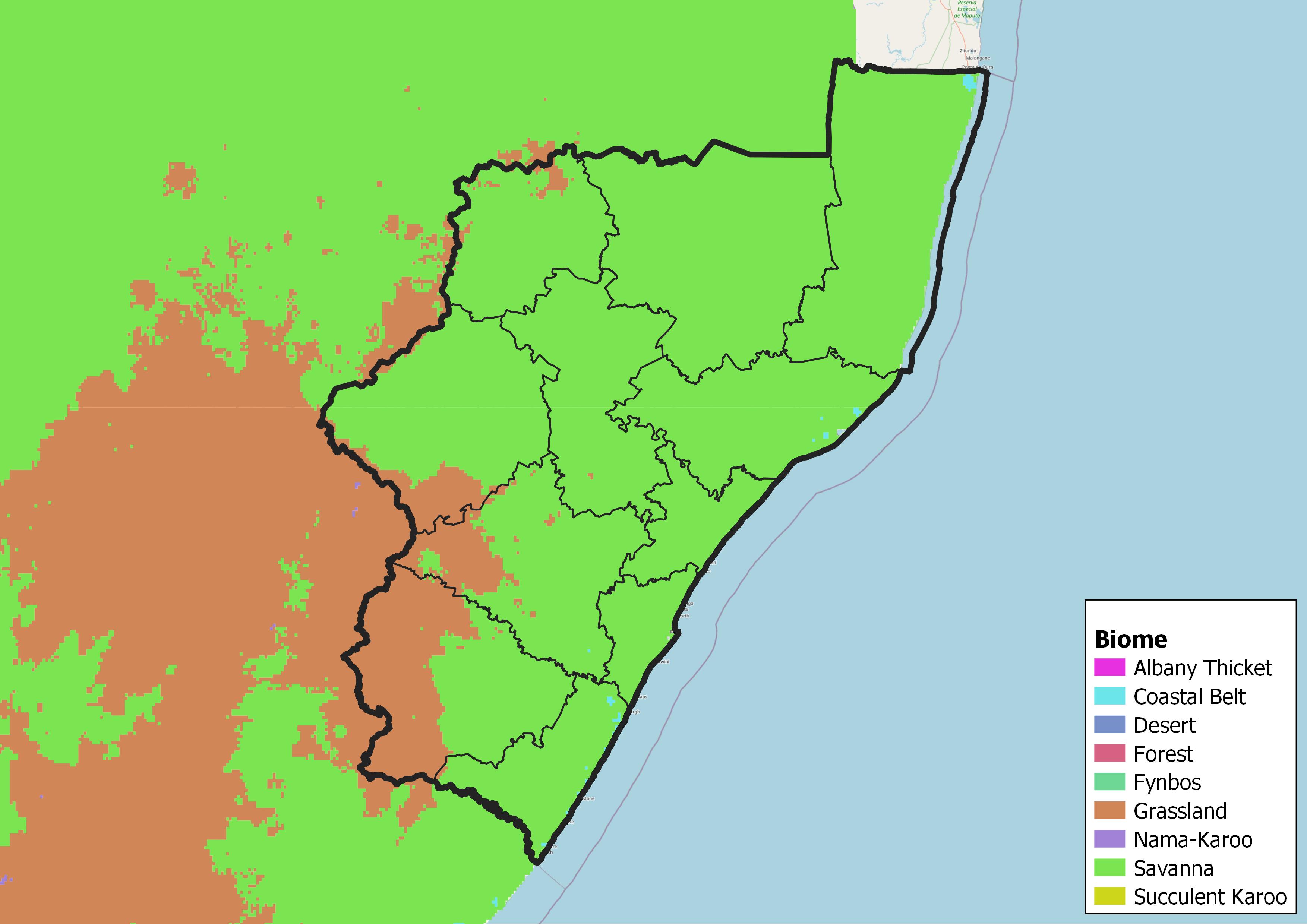 Figure: The predicted shift in biomes in KwaZulu-Natal using a high-risk scenario (SANParks 2011b) 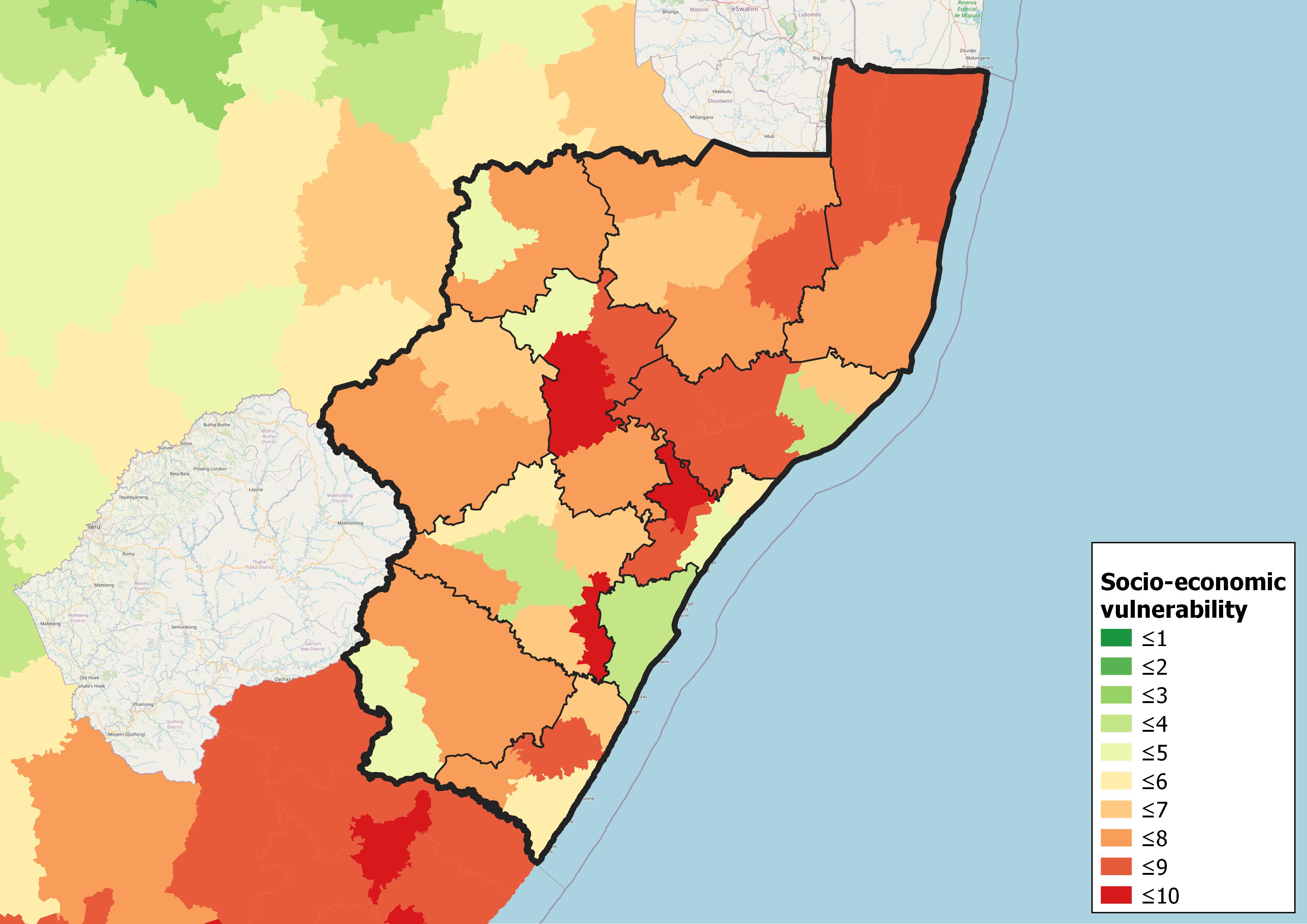 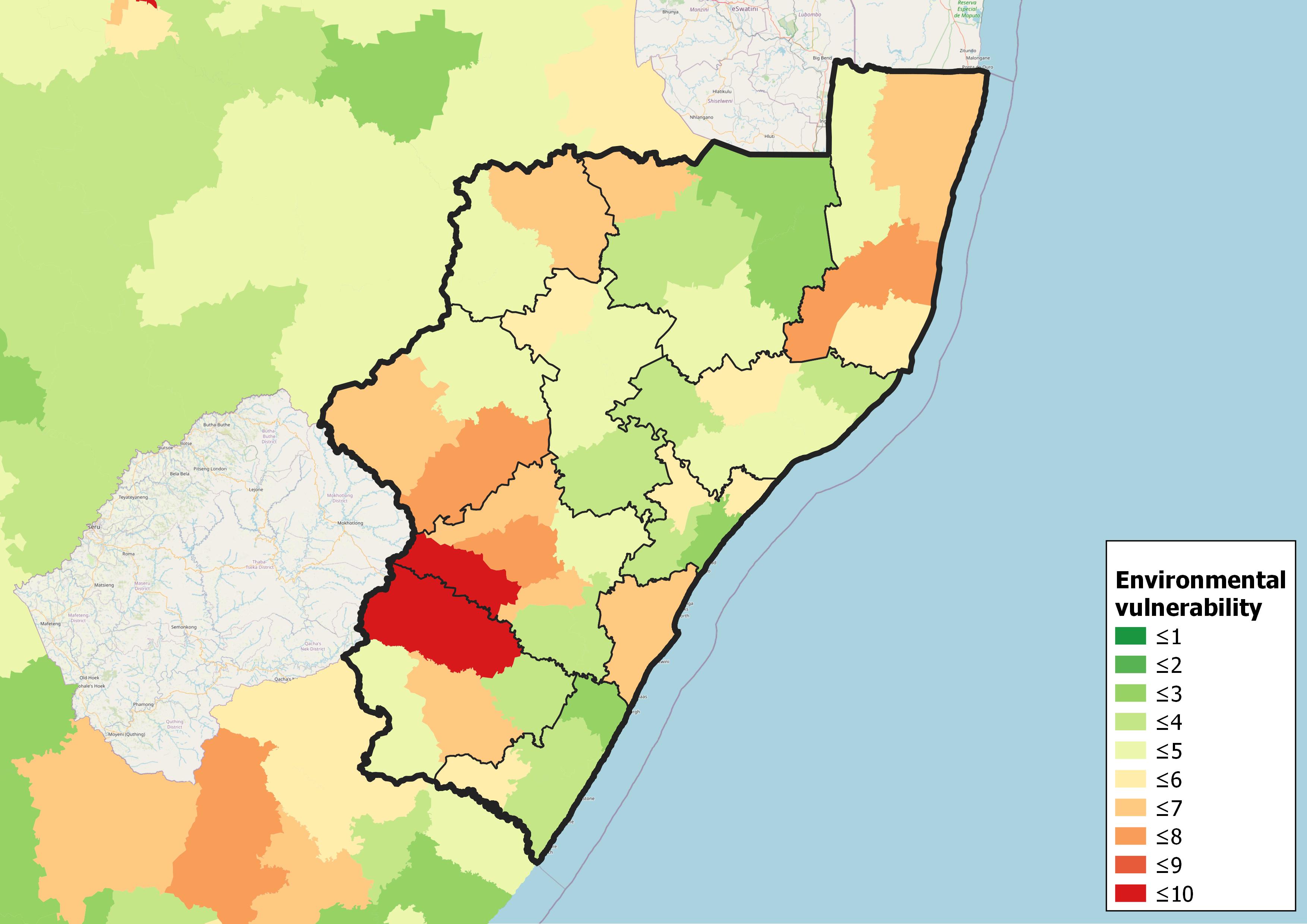 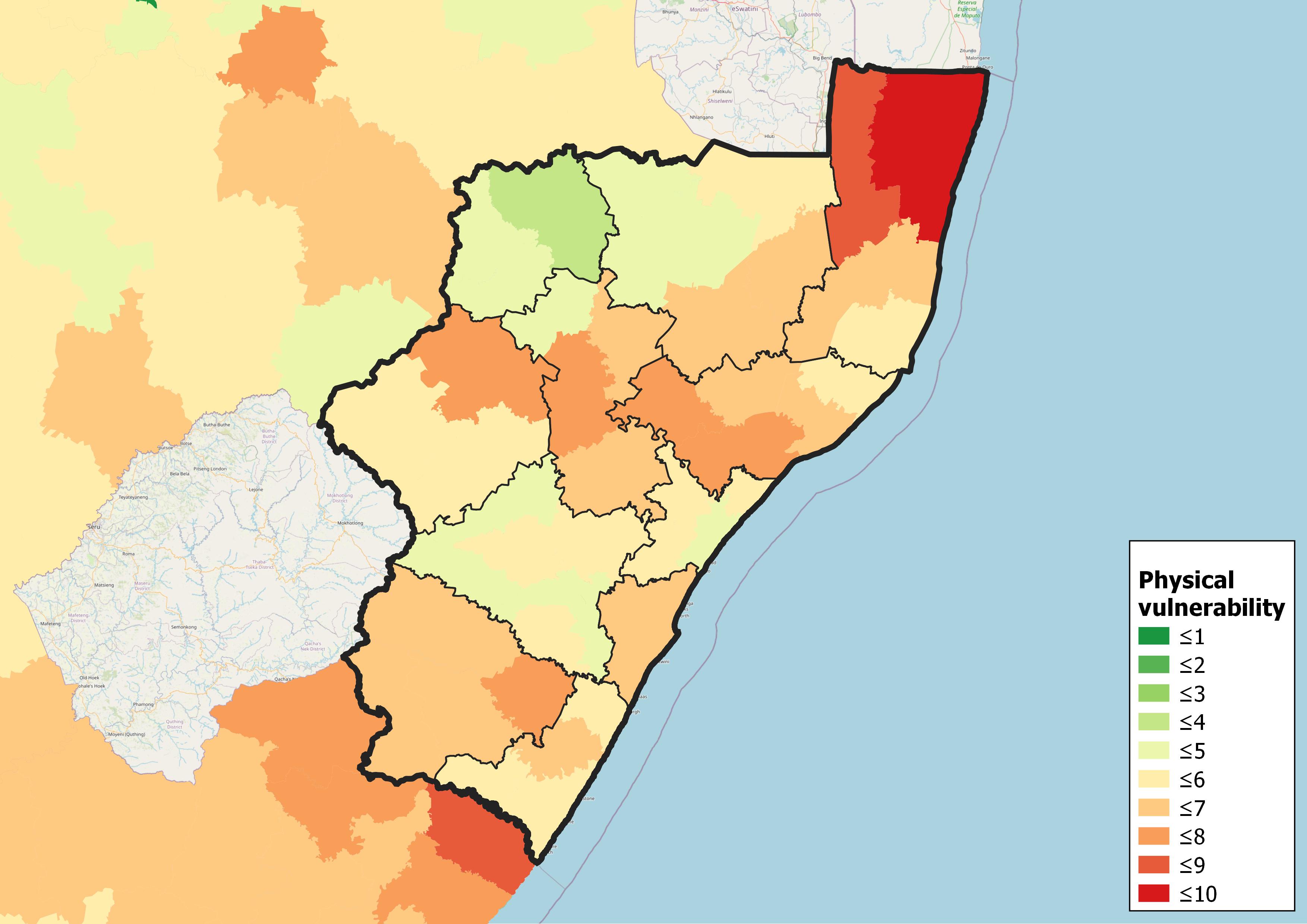 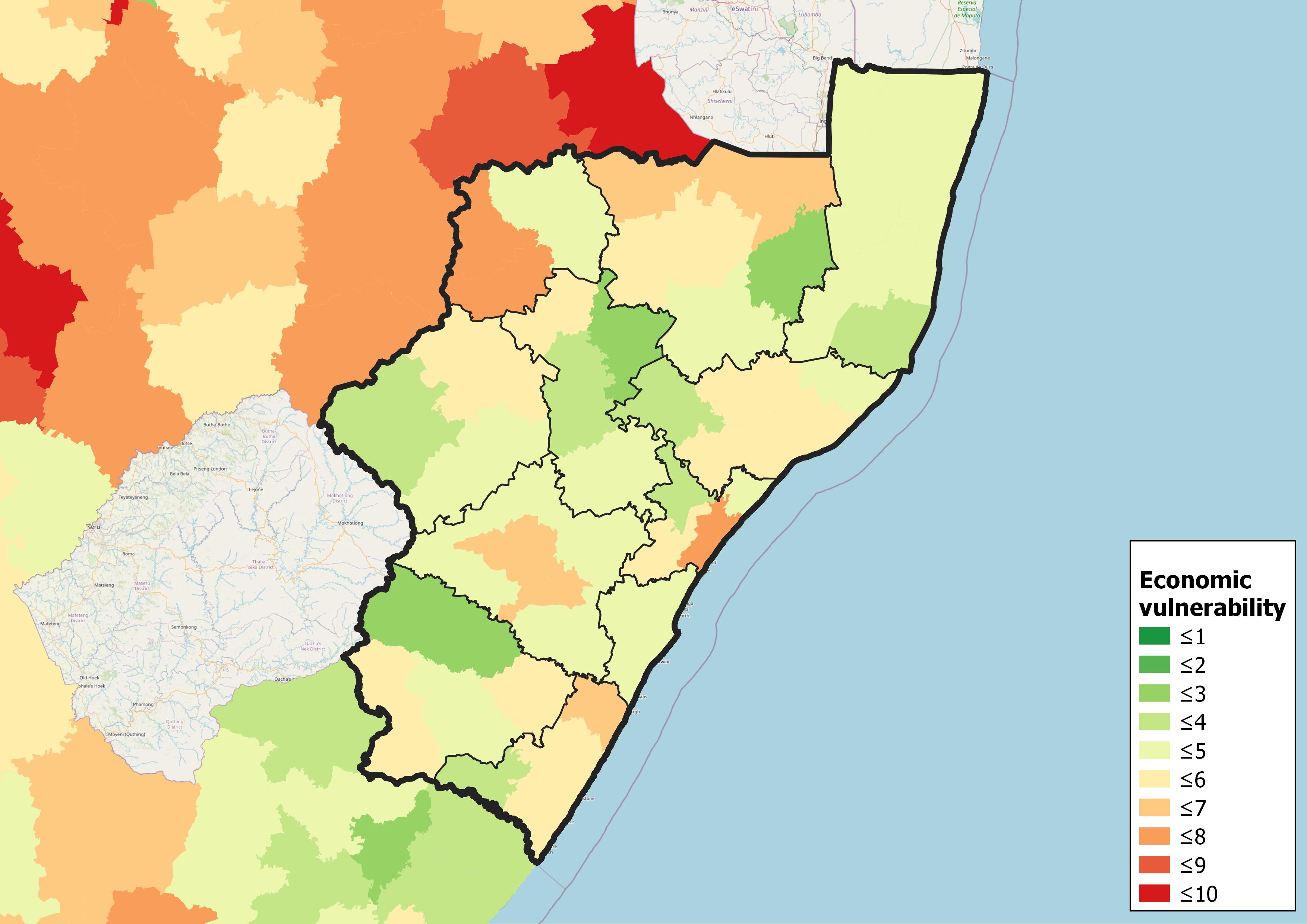