The North West Province is the fourth smallest province in South Africa, covering an area of 102,881 km2. It lies at the centre of the Northern border of South Africa and shares a border with neighbouring Botswana. The Province is known for its rich natural resources, which include minerals such as platinum and chromium, as well as its rich wildlife and has a comparative advantage over the other provinces in the mining and agriculture sectors. The North West is also home to a number of internationally recognised fossils found at a number of different sites. The capital of North West is Mahikeng (formerly known as Mafikeng) (North West Provincial Department: Department, Rural, Environment and Agricultural Development, 2015).

The North West Province is made up of four municipalities as shown in the Figure 1 below: Dr Ruth Segomotsi Mompati, Ngaka Modiri Molema, Bojanala Platinum, and Dr Kenneth Kaunda. Based on the 2011 Census, the North West’s total population is 3,509,953, with 65% of the population is accommodated in rural areas. The climate in the province varies considerably with the areas in the east being much wetter than those in the west. The province is dominated by a flat savanna and grassland landscape, which is home to rich biodiversity and agriculture, with hills and ridges dividing up this landscape. Some of the more iconic of these include the Magaliesberg and Pilanesberg ridges, and the Vredefort Dome. The Kalahari Desert lies to the west of the province (North West Provincial Department: Department, Rural, Environment and Agricultural Development, 2015). 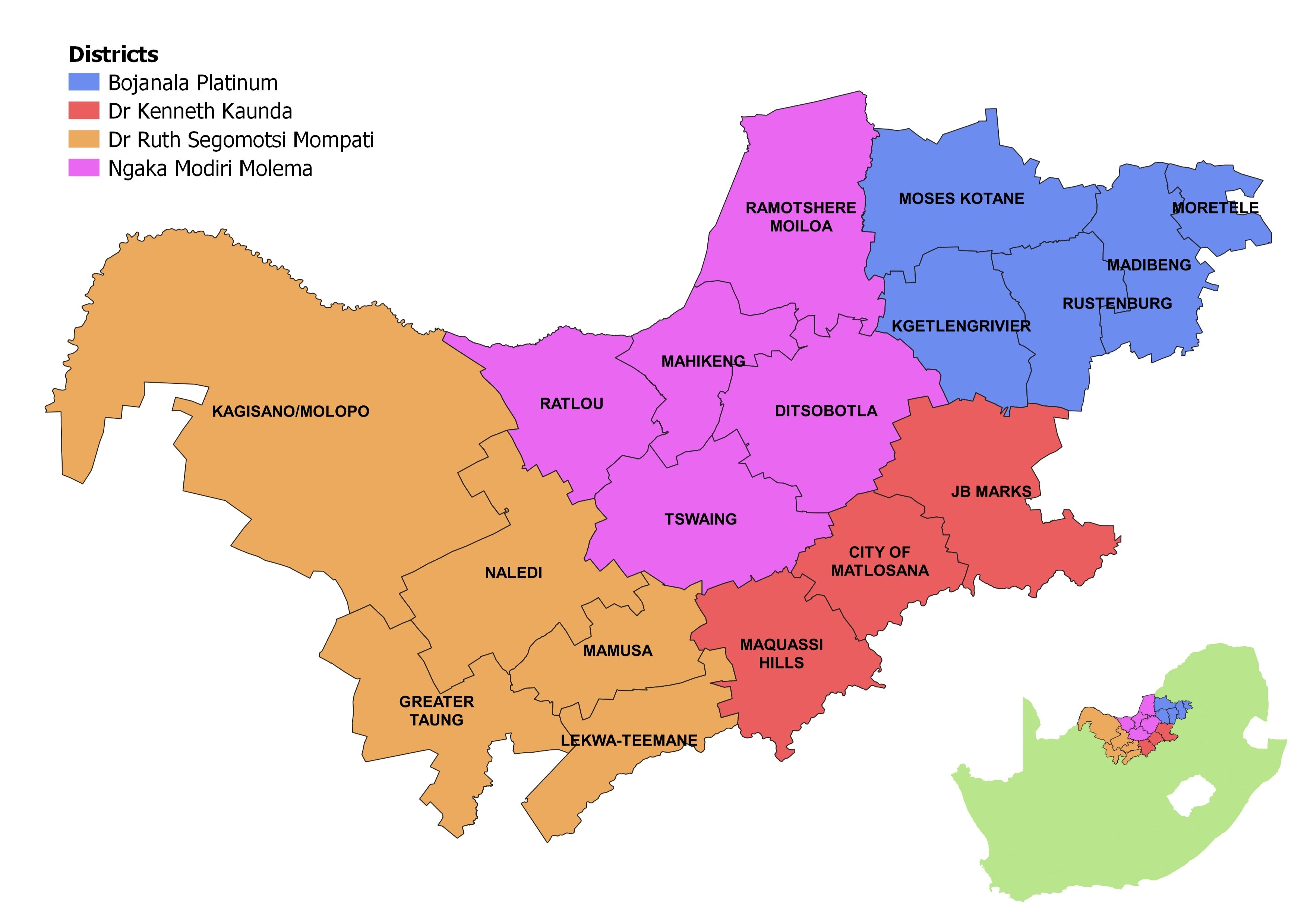 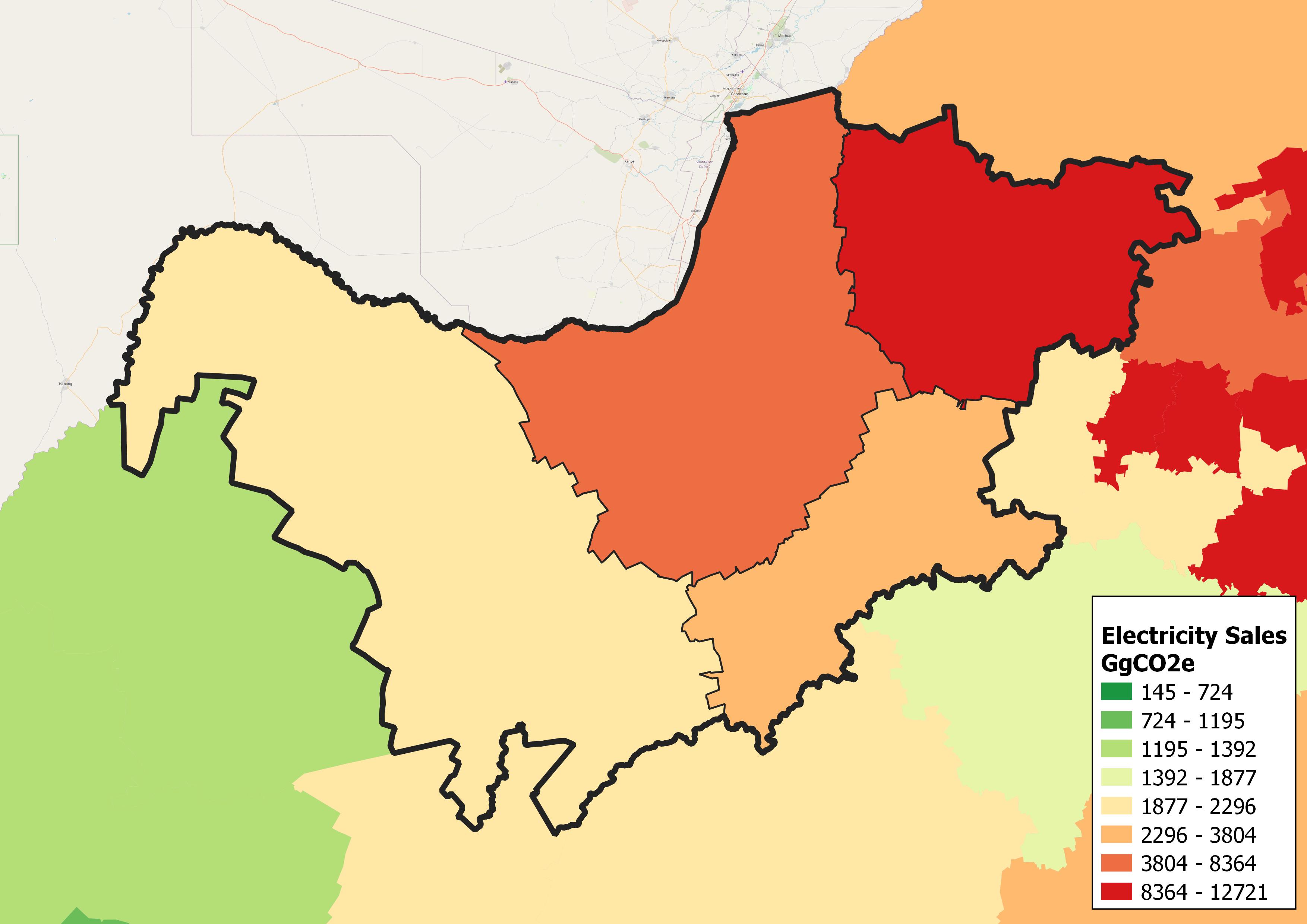 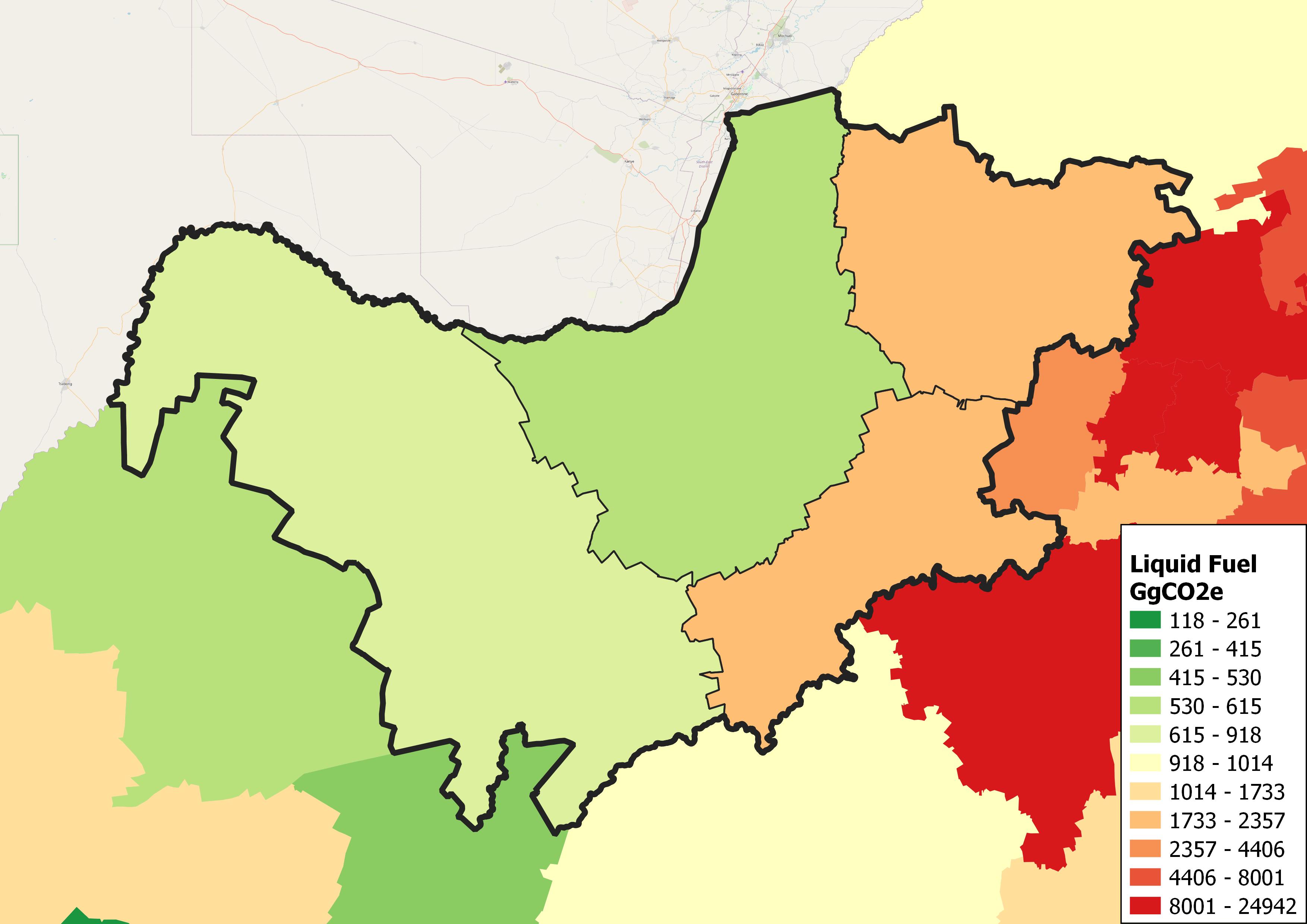 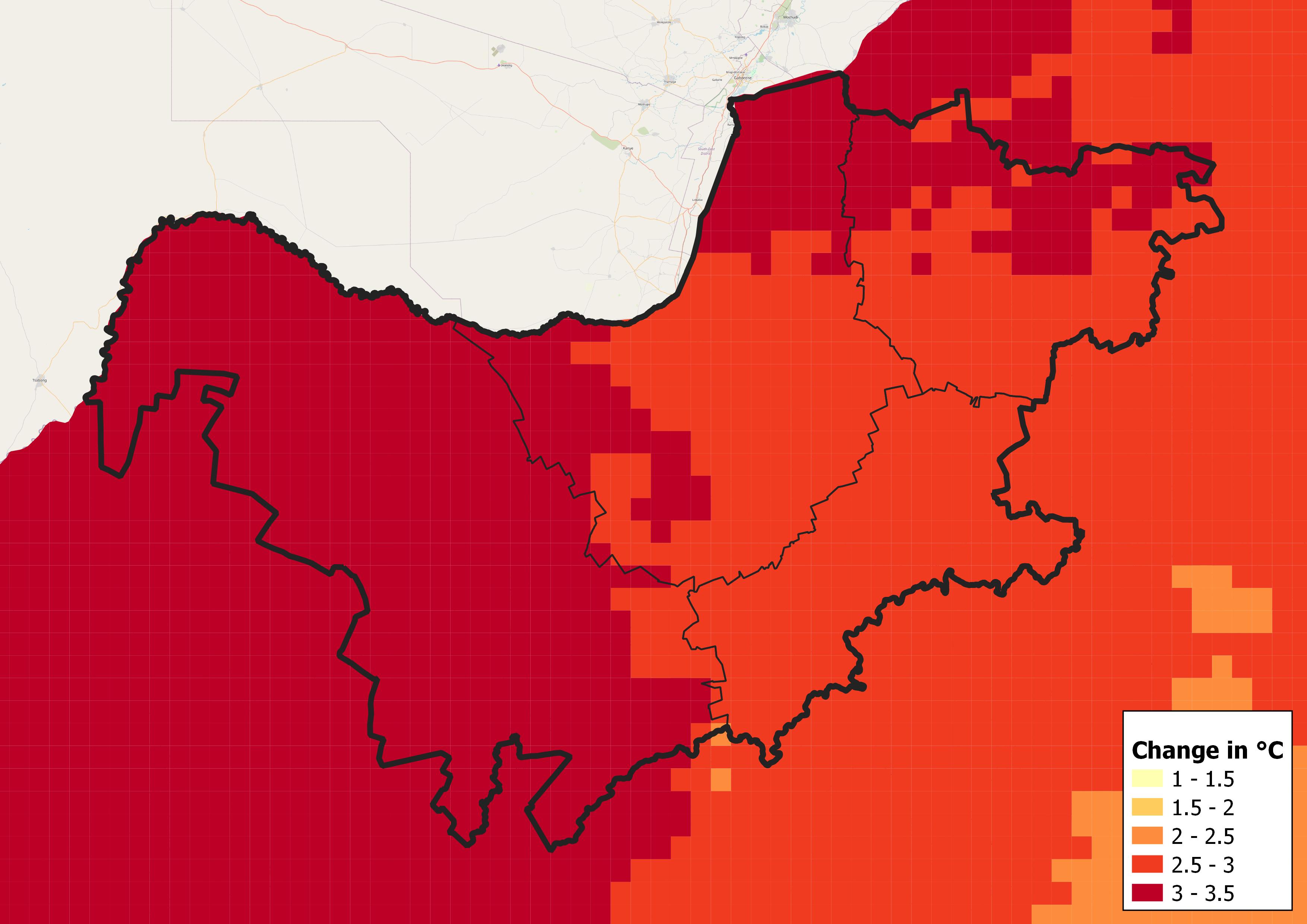 Figure: Projected changes in annual average temperatures throughout North West over the period 2021-2050 under the RCP 8.5 scenario (CSIR 2019) 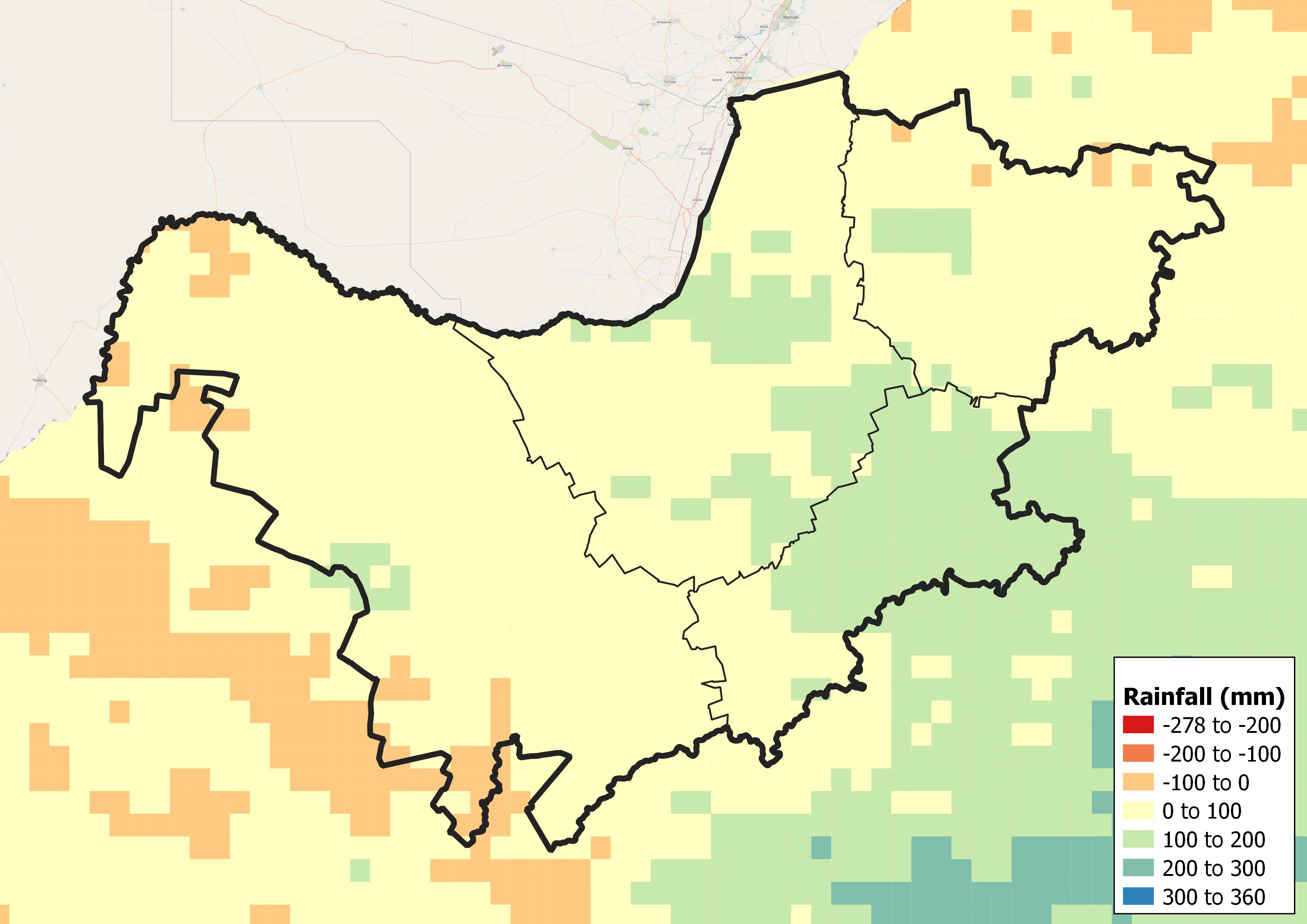 Figure: Projected changes in annual average rainfall throughout North West over the period 2021-2050 under the RCP 8.5 scenario (CSIR 2019) 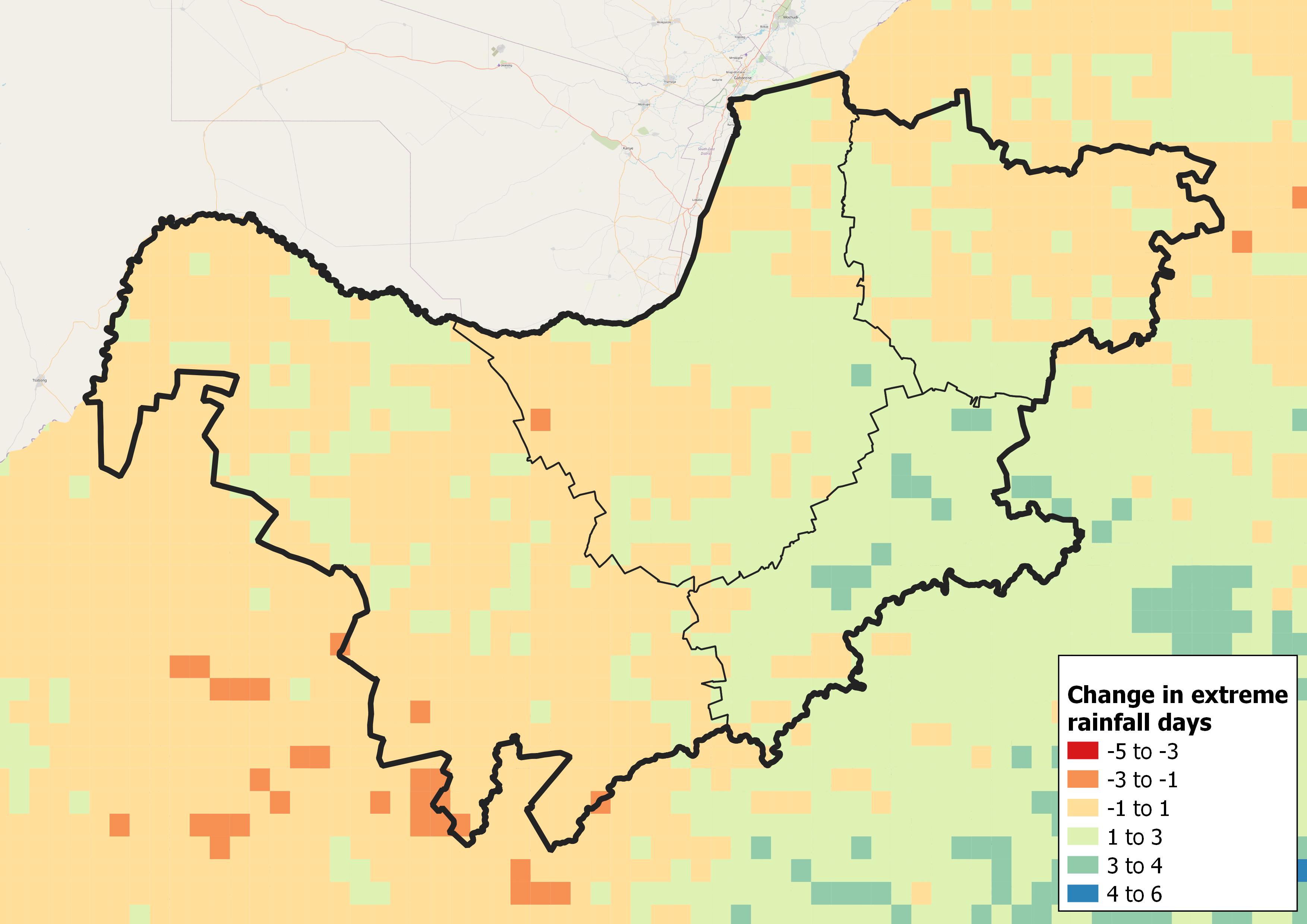 Figure: Projected changes in the annual average number of extreme rainfall days throughout North West over the period 2021-2050 under the RCP 8.5 scenario (CSIR 2019) 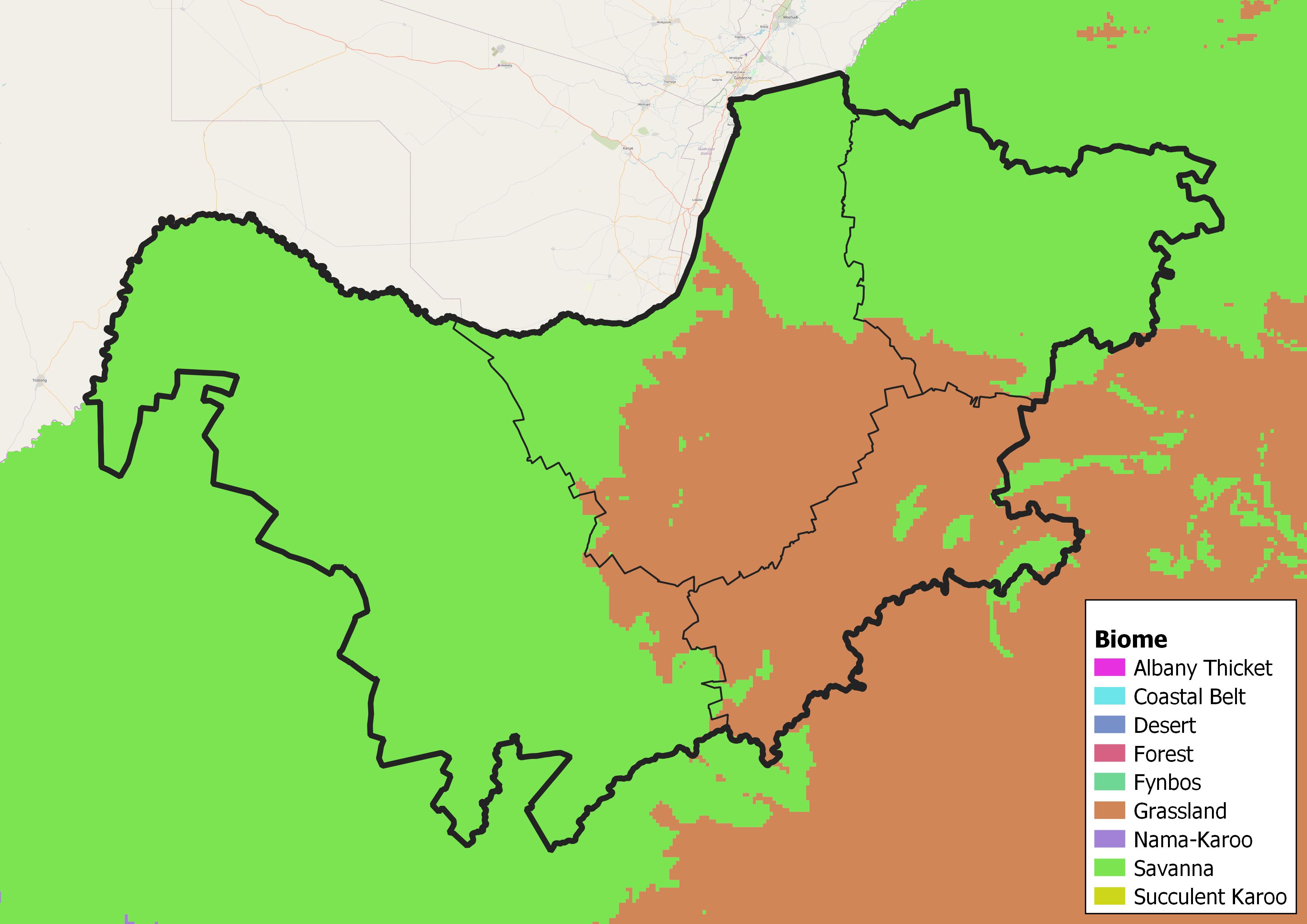 Figure: The current delineation of biomes in North West (SANParks 2011a) 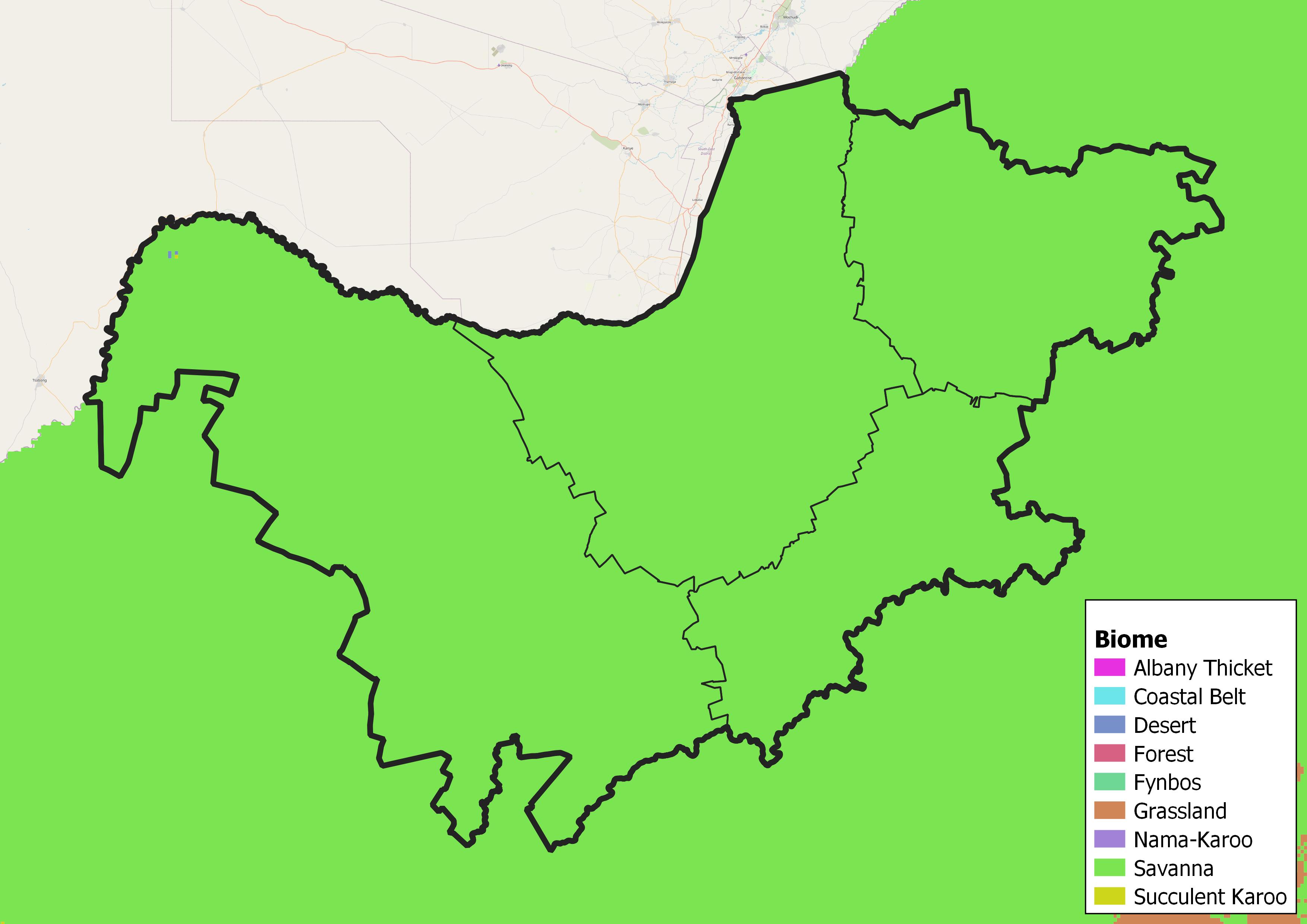 Figure: The predicted shift in biomes in North West using a high-risk scenario (SANParks 2011b) 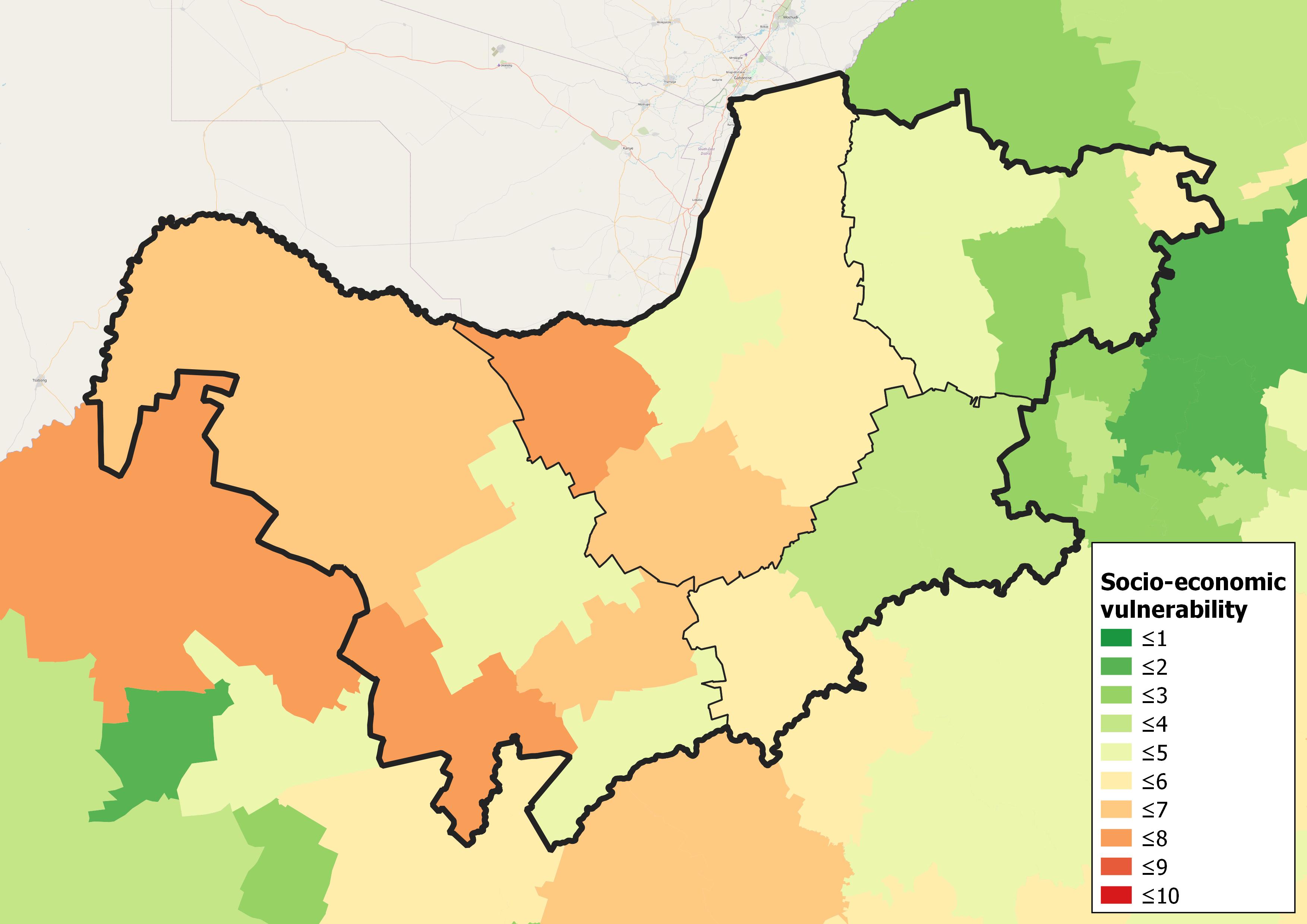 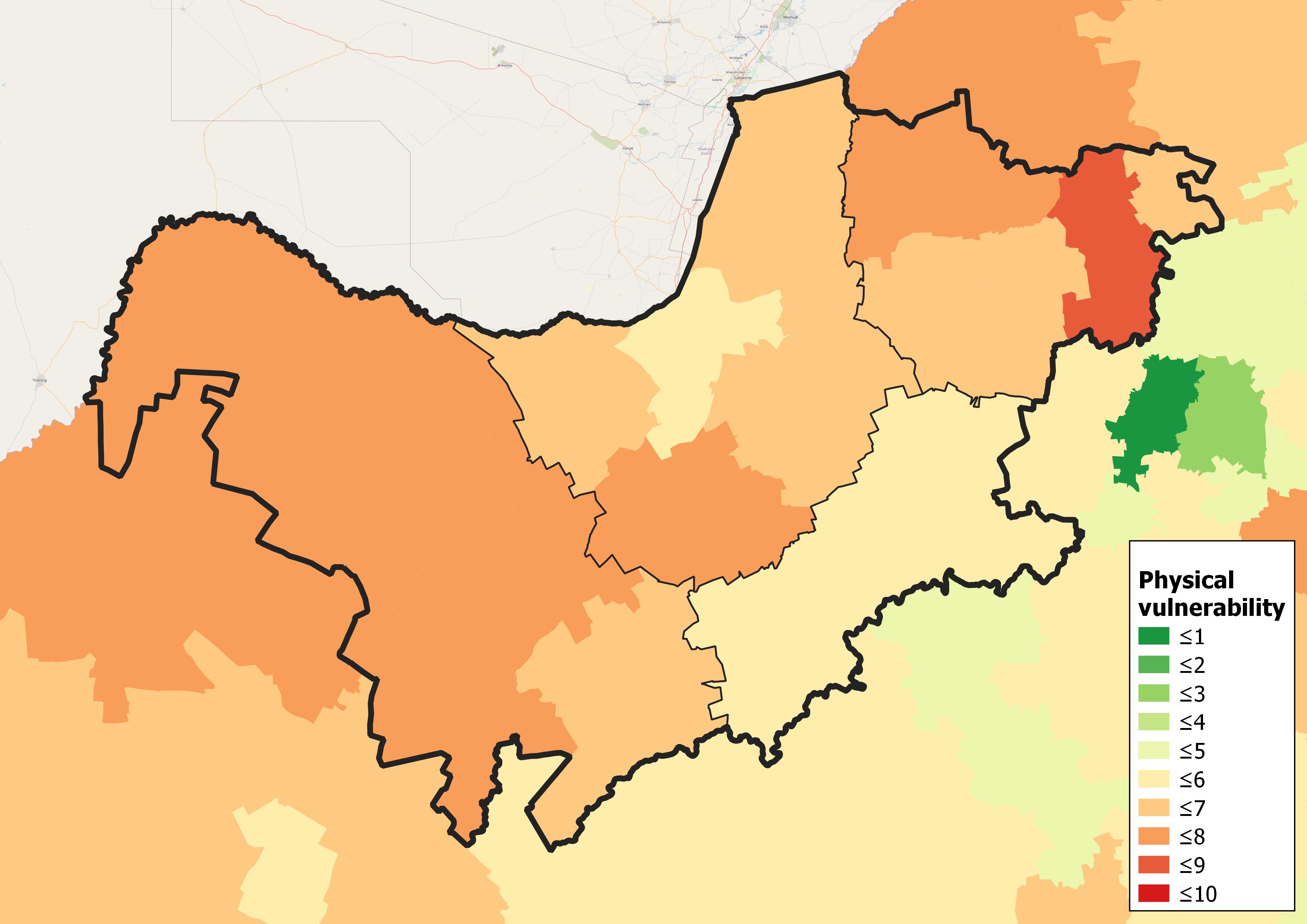 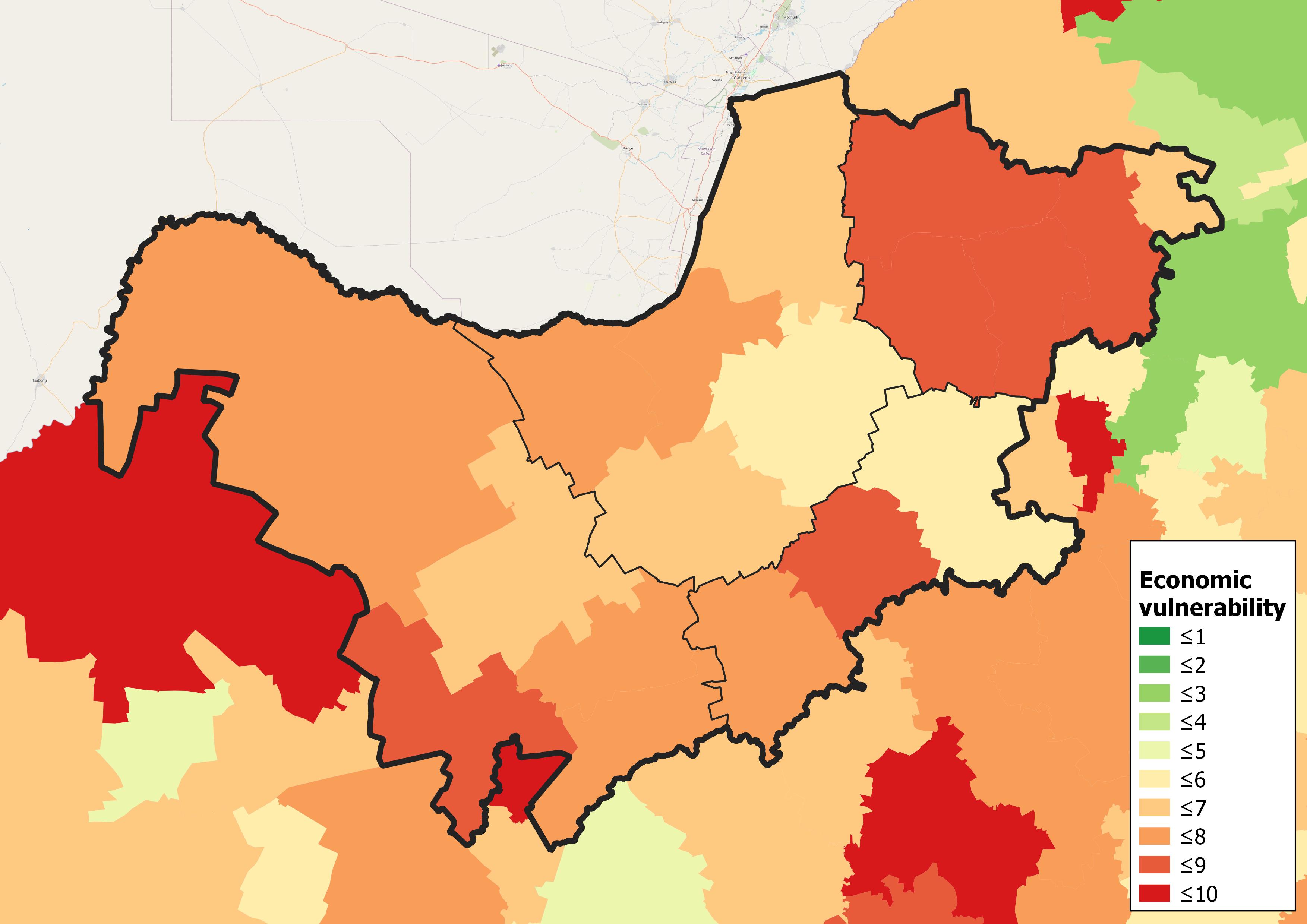